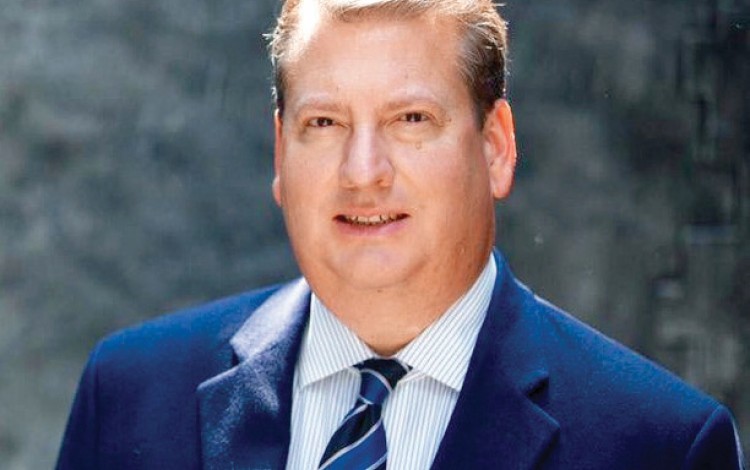 About the author: Brian Mefford is a business and political consultant working in Ukraine since 1999

Over the past quarter of a century, Ukraine has experienced two revolutions, one war, and suffered the violent theft of parts of her homeland. These formative years have been highly eventful, offering the kind of drama and plot twists more commonly found on the pages of a classic novel.

If the independent Ukraine of the early 1990s could take on human form, it would be as a poor orphan girl. In the early years of independence, Ukraine’s abusive brother Russia was her primary guardian. Distant cousins Europe and America offered support but remained far away. Young Ukraine took an immediate liking to Europe and America, but could not fully grasp the concepts they were trying to convey. Instead, brother Russia remained the dominant figure in her life, alternating between drunken proclamations of love and selfish neglect. Despite these difficulties, Ukraine grew up fast and learned to think for herself.

As is often the case, Ukraine struggled with an identity crisis during her teenage years. On one hand, brother Russia was always near, but often difficult and unpredictable. Europe and America clearly lived a life she wanted for herself, but could she ever meet their high standards? When Ukraine was 13 years old, brother Russia became jealous of Ukraine’s desire to be like her European and American cousins. He tried to force Ukraine to accept his choices, but Ukraine rebelled, sparking the Orange Revolution. This was a pivotal event in Ukraine’s development. She made a clear choice to live her own life rather than following the path Russia had planned for her. Predictably, Russia held a grudge over this decision. Nonetheless, Ukraine matured greatly in the years that followed.

After finishing her education, Ukraine wanted to move to Europe to live a better life. Brother Russia had different plans. In order to keep Ukraine from leaving, Russia introduced Ukraine to his best friend Yanukovych in hopes they would marry. Ukraine tried to please Russia by spending time with Yanukovych, but never forgot her dream of going to Europe. Ukraine also had serious doubts about Yanukovych. She did not like his temperament and feared he had a dark side. Ukraine’s suspicions proved justified when Yanukovych demanded that she give up her European dreams and marry him immediately. This led to the Euromaidan Revolution, in which Ukraine confirmed her European civilizational choice. Brother Russia was furious. He stole Crimea and parts of the Donbas in order to punish Ukraine and force her to agree to his demands. However, Russia had miscalculated. Ukraine had become strong and independent thanks to her difficult childhood. Instead of bowing down, she cut her ties with Russia. Ukraine was determined to achieve her dream of a better life, and cousins America and Europe supported her choice. It would take some years before Ukraine would be ready to join Europe, but she had now made a determined and irrevocable choice.

The Ukrainian fairytale has been a consistently gripping drama, and we still do not know if there will be a happy end. Nevertheless, it is clear that Ukraine has made noticeable and important democratic progress since 1991. The path has not been linear. In fact, it has been closer to a roller coaster ride. When one examines Ukraine’s democratic progress, it is critical to analyze trends over 10- and 20-year periods, rather than month to month – or even year to year. Too often, pundits focus on the situation immediately at hand and forget achievements made over time. Things in Ukraine are never as good – or as bad – as they seem. A sense of perspective is crucial to understanding where the country is, and which direction it is moving in. For example, in April of this year many pundits were deeply disappointed with the choice of successful mayor and parliamentary speaker Volodymyr Groysman as the country’s new Prime Minister. They would much rather have seen the undeniably brilliant and accomplished Finance Minister Natalie Jaresko appointed as PM. This frustration was perfectly understandable, but it is worth remembering that just ten years ago, the choice facing Ukraine had been between Orange Revolution villain Viktor Yanukovych returning as Prime Minister, or dismissing parliament and forcing new elections. This is clearly progress.

Now that Ukraine has come of age, what does the future hold? The path ahead towards greater European integration will be difficult to navigate. Ukraine still faces many major challenges, but the experiences of the past 25 years will prove invaluable. As the Greek philosopher Heraclitus said, “No man ever steps in the same river twice, for it’s not the same river and he’s not the same man”. Ukraine at 25 is not the same country as it was at 10, 15 or 20 years of age. Ukraine today is stronger, wiser, and more united than at any time in its post-Soviet history. This only becomes evident when you move beyond the everyday hype and look at the country’s progress from a longer-term perspective. I predict that a decade from now, people will look back with pride at the democratic and European country they have built, knowing that the best is yet to come.