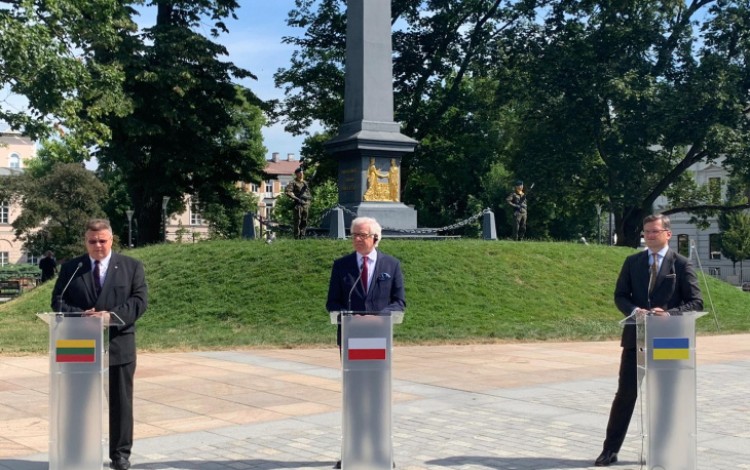 The foreign ministers of Lithuania, Poland and Ukraine met in Lublin on 28 July to officially establish the Lublin Triangle grouping, which aims to enhance trilateral cooperation
Business Ukraine magazine

Initial plans for the Lublin Triangle include regular meetings of foreign ministers and the establishment of liaison officers within each respective ministry of foreign affairs.

In addition to deepening trilateral cooperation across a range of areas, the grouping also aims to address the threat posed to all three countries by ongoing Russian aggression against Ukraine. Meanwhile, Poland and Lithuania will continue to support Ukraine’s Euro-Atlantic integration via their membership of both NATO and the European Union.

In a social media post marking the occasion, Ukrainian Foreign Minister Dmytro Kuleba noted the historical ties and shared vision uniting the three member countries of the new grouping. “Today, together with my counterparts Jacek Czaputowicz and Linas Linkevicius, we established the Lublin Triangle of Ukraine, Poland and Lithuania. It reflects our multi-centennial historical links and the current shared vision of our region’s future,” commented Kuleba.

The move follows on from the early creation of the Lithuanian-Polish-Ukrainian Brigade in 2014. Based in eastern Poland’s Lublin close to the border with Ukraine, this English-speaking military unit is intended for service within the framework of NATO, European Union, and United Nations operations.