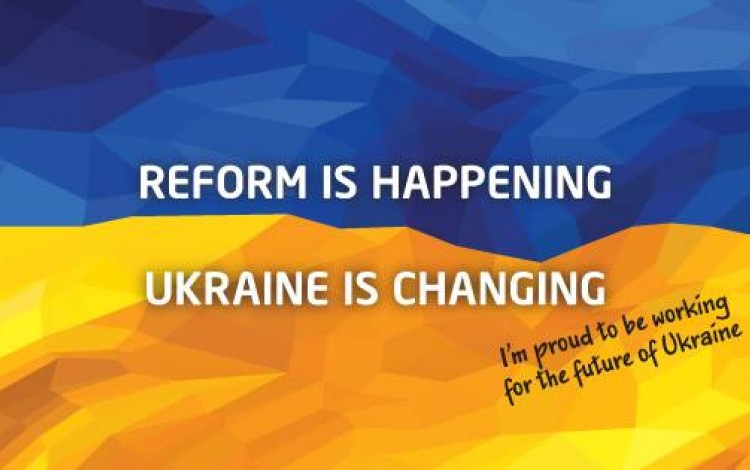 It’s a fact that no Ukrainian government has ever been very good at communication. In the past, most government ministers believed that their PR person was there solely to protect them. Few understood the real importance of communication, or how to use it ethically or effectively. With the advent of the new government in 2014, many expected a new era of enlightenment. In communications terms, this does not appear to have been the case. Today, the government of Prime Minister Yatsenyuk is under attack for apparently failing to carry out reforms.

The function of government the world over is determined by process and systems. The role of communication departments is to convert process into public benefit and social result. Without a functioning communications system, the Ukrainian public are being presented with a diet of process and systems that neither informs nor inspires. This problem is not just restricted to the government itself. The National Reform Council website, which is supposed to be the source of all reform information, is little more than a maze of indecipherable process.

Recognizing the rising wave of public disquiet, the Prime Minister has taken steps to not only reform the entire system of government communication, but also to start a process of public dialogue over the impact of reform on Ukrainian society. The short-term strategy includes a television programme ’10 Minutes with the Prime Minister’ aired on many channels every Sunday evening. Within less than three months, the programme was already attracting a weekly audience of up to 5.8 million viewers, making it the third most watched programme on Ukrainian television. This is an indication of the public desire for greater communication.

Selling reform is a bit like selling thin air, as in most cases there is nothing physical to see. The majority of reform is structural and designed to change the way the nation is governed. Certainly there are visual examples such as the new police, but most reforms are technical despite what the populists might claim. Until recently, Ukrainian reform hasn’t even had an identity or any visual image. The ‘Reform is happening’ logo (pictured) being rolled out across ministerial Facebook pages is a very low-cost start. It will be followed by a series of three reform e-guide books targeting citizens along with the business and international communities. These will only be available on social networks and government portals as there is currently no budget for printing. The e-books are being specifically written from the audiences’ perspective so that readers will be shown actual results as opposed to indecipherable process.

The longer-term strategy is much more complex as it requires the complete modernization of the entire communications system at all levels of national, regional and local government. The British government is funding the Communications Reform Group at the Cabinet of Ministers (CRG), which is made up of some of the top practitioners in the country and supported by international experts, who have begun what is likely to be a two- to three-year process.

The CRG has just completed an extensive audit of the current communications staff and systems to ascertain the current reality. Their findings will form the basis of a new and long-term communications education programme for all levels of government at the National Academy for Public Administration. This will then form the minimum standard for all government communicators. The courses are being developed by a former President of the Chartered Institute of Public Relations in the UK, and are designed to build systemic capacity and enable trainees to advance to recognised international standards. Once operating, the new system will put ministerial communications advisors at a senior level and provide them with the budget to enable the government to both listen to and communicate effectively with the public.

However, training the communicators is only part of the problem. In order to communicate effectively, you also need to have a media industry that works in the national interest. This is clearly not the case in Ukraine, where the media is largely owned by oligarchs who seem more interested in discrediting the government than in helping the public to understand the reform process.

The recent YES conference in Kyiv was a classic example of this problem. Many of the international speakers at YES hailed the achievements of the government, but Ukrainian press reports on the subject were at best muted. What the media oligarchs are doing at present is distinctly Putinesque. They are disguising biased and unjustified criticism as bona-fide journalism, while ensuring that the balance is distinctly anti-government.

European democracy is reliant on the ability of the government to listen as well as speak. The media plays an essential role in this process. The government has already recognised its responsibility and is working to completely reform the entire process of communication. Fixing the media, however, may mean changing the entrenched attitudes of the oligarchs. Reform in this area could well take a lot longer.

About the author: Martin Nunn is communications advisor to the Prime Minister of Ukraine and Chief Executive of Whites Communication, Kyiv