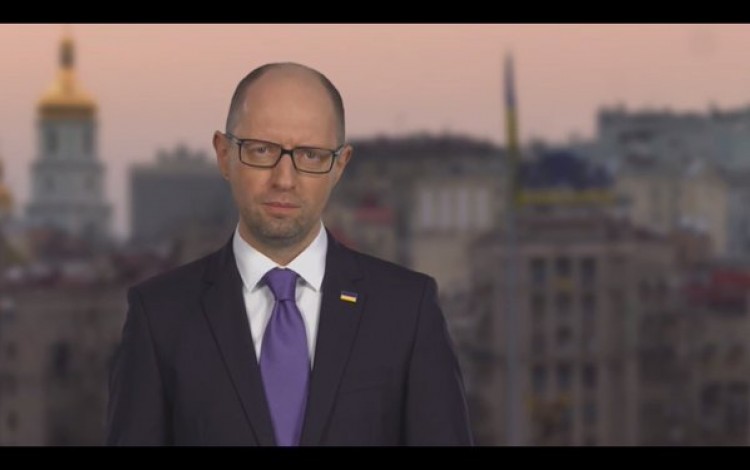 Ukrainian Prime Minister Arseniy Yatsenyuk announced his resignation on 10 April, bringing to an end long-running speculation over his future. Uncertainty over Yatsenyuk’s position had been a central theme of the political crisis that has unfolded in Ukraine since early 2016, paralyzing the government and stalling reforms while preventing the delivery of much-needed international financial support.

Yatsenyuk’s resignation brings to an end a two-year reign as head of the Ukrainian government that has seen him at the helm during some of the most turbulent times in the country’s history. Despite his relative youth, Yatsenyuk is not among the new faces to enter Ukrainian politics following the Euromaidan Revolution, having previously served as head of the National Bank and held various posts at ministerial level during the 2000s.

He was one of the leaders of the Euromaidan Revolution and first held the post of Prime Minister within the interim government that took office in the immediate aftermath of the revolution and the flight of former President Viktor Yanukovych. Yatsenyuk famously declared his interim administration to be a ‘kamikaze government’ due to the necessity of extreme measures to save the country from bankruptcy and Russian occupation. However, rather than committing political suicide, Yatsenyuk thrived in the crisis environment, eventually staying on as Prime Minister following his party’s unexpectedly strong performance in the October 2014 parliamentary elections.

As head of the current government, Yatsenyuk has overseen a number of important structural reforms, notably bringing ruinous energy sector subsidies under control. Nevertheless, he has been widely criticized for failing to make further progress on the post-revolutionary reform agenda, and has been tied to a series of corruption scandals that have led to widespread public exasperation and disillusionment.

Yatsenyuk’s public approval rating figures have long been in the low single digits, leaving him vulnerable to political intrigue. His party’s strong position as the second-largest faction within the ruling parliamentary coalition had hitherto helped to protect his position, but the resignation of key reformers from his cabinet and the subsequent collapse of the parliamentary coalition in early 2016 appear to have combined to make his position untenable.

Ukraine’s current Parliamentary Speaker Volodymyr Groysman, a protégé of President Poroshenko, is widely expected to replace Yatsenyuk. Talks on the structure of the new-look Ukrainian government are at an advanced stage, with the priority now likely to be a smooth and timely transition. Ukraine will be looking to establish a new government within days in order to avoid further dangerous instability and secure delayed IMF funding. Key concerns among reformers and Ukraine’s international partners will likely centre on the increasingly dominant position of President Poroshenko, who will effectively have control over parliament and the government if his candidate Groysman is voted in as PM.

WHAT NOW FOR YOUTHFUL VETERAN?

At just 41 years of age, Yatsenyuk is likely to remain a prominent figure in Ukrainian politics for many years to come. Over the past eighteen months, he has clearly lost the confidence of the Ukrainian public and the country’s political classes. However, once the dust has settled on his resignation, he may well benefit from a more balanced appraisal of his leadership during a period of existential challenges for the Ukrainian nation.

"I have taken the decision to resign as Prime Minister of Ukraine.

On Tuesday, April 12, my request will be submitted to the Parliament. The political crisis in the country was created artificially. The desire to change one person blinded politicians and paralyzed their political will for real change. The process of changing the Government turned into a mindless running in place.

We cannot allow destabilization of the executive branch during a war. This would be inevitable, if after this resignation a new Government of Ukraine is not selected immediately. The Parliamentary faction of the Block of Petro Poroshenko has nominated Volodymyr Groysman to the post of Prime Minister. Having done everything to ensure stability and continuity of our course, I declare my decision to transfer the obligations and responsibilities of the Head of Government of Ukraine.

This Government is the best in the history of Ukraine. Both of the last two Cabinets were unique. They were the first manifestations of New Ukraine. I thank those colleagues who have acted honestly and selflessly.

Over the past two years of war, my fellow party members from People’s Front faction have been a pillar of support to the Government in Parliament during difficult and unpopular but necessary reforms. I thank People’s Front for its support. Please support my decision and continue our joint work together. People's Front remains in the coalition because today it is the only way to defend the state.

I thank our nation, society, civil society activists, volunteers; I thank each and every one of you for your endurance and patience.

As of today, my goals are broader than the authority of the Head of Government. New electoral law. Constitutional reform. Judicial reform. Coalition control over the direction of the new Government. International support of Ukraine. Ukraine’s membership in the European Union and NATO. This is only a part of my program.

The core of our problems is not purely political. It is ethical. As in our everyday lives, politics is the result of morality - our ethical standards. If dignity and morality require changing the political rules, then changing these rules is certain to occur."