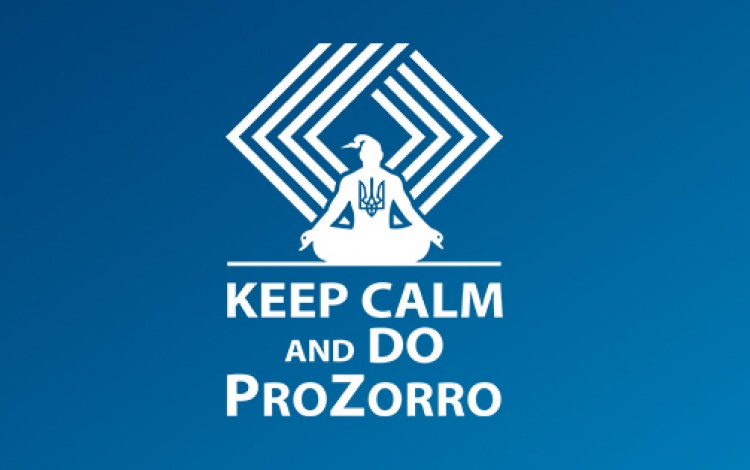 Ukraine’s public procurement sector has long been a byword for corruption, with an estimated UAH 50 billion (USD 2 billion) lost annually through shady deals and limited competition. This makes the recent success of the ProZorro electronic procurement system all the more remarkable. This transparency tool is one of the fruits of the Euromaidan Revolution and serves as a model for cooperation between government and civil society. At a time of growing frustration among Ukraine’s partners over the slow pace of the country’s stuttering reform efforts, ProZorro also stands out as a cause for optimism. The system has garnered considerable international praise, winning the prestigious World Procurement Award in May 2016. ProZorro insider Yuriy Bugay shares the story behind one of post-Maidan Ukraine’s flagship projects.

This unlikely success story begins in March 2014, in the immediate aftermath of the Euromaidan Revolution. Amid the chaos created by the fall of the Yanukovych regime, a group of volunteers came together in Kyiv and decided to overhaul one of the most notoriously corrupt areas of the Ukrainian economy: public procurement. This desire to reform the public procurement system led directly to the creation of ProZorro, developed in close cooperation between the Ukrainian government, the private sector, and civil society.

The ProZorro project itself began life in Kyiv in May 2014, led by a group of anti-corruption social activists. The project drew inspiration from public procurement reforms in Georgia, with the experience of two e-procurement experts, Tato Urjumelashvili and David Marghania, guiding the development of an electronic procurement system for all Ukrainian public agencies. With the help of commercial platforms, a pilot ProZorro system launched in February 2015.

In April 2015, the civil servant responsible for supervising Ukraine’s public procurement reform, Deputy Minister of Economic Development and Trade Max Nefyodov, asked ProZorro coordinator Oleksandr Starodubtsev to lead the government’s public procurement department. Other volunteers from the project joined shortly afterwards. In the meantime, a strategy for the e-procurement system’s implementation was developed.

Saving billions from the Ukrainian budget

By March 2016, more than 3,900 governmental organizations from all over Ukraine had joined the pilot project, creating savings totaling more than UAH 1.5 billion (around USD 55 million). The purchases involved were “below-threshold” contracts worth less than UAH 100,000 (or UAH 1 million for state-owned enterprises), which means they were not regulated by Ukrainian procurement laws, so volunteers didn’t have to obtain a government license to carry out the pilot project. Below-threshold tenders account for around half of Ukraine’s entire procurement budget. As of July 2016, public agencies including defence, police, customs, health, infrastructure and energy, have awarded more than 85,000 tenders through the ProZorro system.

The project has been expanding step-by-step to cover all the country’s procurement needs. Meanwhile, the central platform, which was hosted by Transparency International Ukraine throughout the development and pilot phases to avoid bureaucratic processes and cut costs, has now been transferred to the state and is available at www.prozorro.gov.ua. On 1 August 2016, it became mandatory for all contracting entities to use e-procurement for all purchases.

Other complementary initiatives have also been successfully implemented or tested. A professional risk-management system with “red flag indicators”, a new official web portal, an online course for contracting authorities, and an e-library of typical specifications have all been possible thanks to open contracting.

ProZorro, which means “transparently” in Ukrainian, has some specific attributes that make it a novelty in the procurement world. In short, everything is open. All information related to the tender process, including suppliers’ offers, can be accessed and monitored by anyone. The system is open source, with all data structured in line with the Open Contracting Data Standard, making cross-country data comparison and analysis possible.

The key actors in the project play their own unique role in what we call the “golden triangle of partnership”. Government actors are responsible for setting general rules and protecting information. Businesses are responsible for providing services to contracting authorities and suppliers. Civil society is responsible for managing business intelligence modules and developing risk-management methodologies. This style of cooperation has significantly improved trust among all key stakeholders.

The concept of reforms is generally associated with the passing of new laws. ProZorro is different. The changes to Ukraine’s procurement system did not start with a new version of the law on public procurement. These changed started with a group of people who had one common dream – to make each step of the public procurement process transparent and open for monitoring by anyone.

The team behind ProZorro shared several common beliefs that guided their approach in an environment where corruption had eroded citizens’ trust in public institutions. They were confident that private business, driven by competition, would be much more efficient in providing services than the government, and that civil society would have a genuine interest in monitoring public procurement compared to public officials who may harbor ulterior motives.

The project has not been without its setbacks. Two ministers leading the department responsible for procurement resigned during the implementation phase, and while some agencies have welcomed the reform, others have resisted. New legislation now promises to act as a powerful incentive to those who have been stalling on making real changes. Ukraine’s Prime Minister Volodymyr Groysman has even said that the heads of state authorities who fail to transition to the ProZorro system should be dismissed.

The success of ProZorro is a remarkable example of how a small group of individuals from different parts of society have been able to work together to repair a broken system, despite operating in a politically and economically uncertain environment.

About the author: Yuriy Bugay is a coordinator of the ProZorro electronic public procurement system