2015 REVIEW: Patrol Police become the face of the new Ukraine and prove a big hit with reform-hungry public 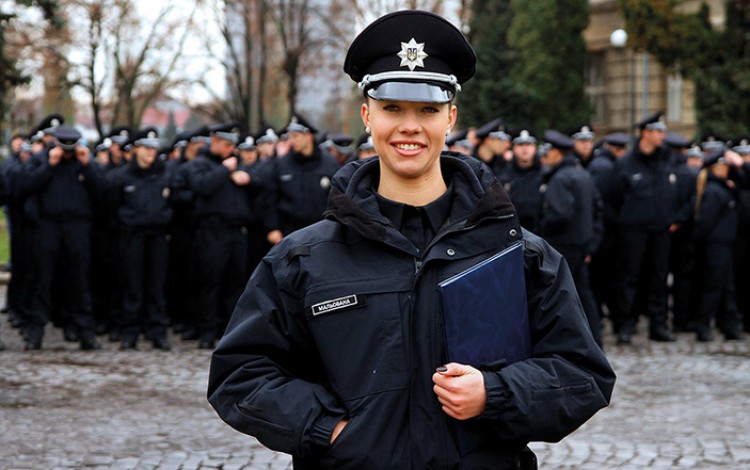 Ever since Ukraine gained independence in 1991, the country’s law enforcement agencies have consistently ranked bottom in surveys of public confidence. For many if not most Ukrainians, the nation’s police officers have served as the ultimate symbols of corruption. These overwhelmingly negative perceptions make the success of Ukraine’s new Patrol Police all the more remarkable.

The Patrol Police service was first unveiled in Kyiv in summer 2015, with subsequent launches in a range of Ukrainian cities. There are currently over 4,000 officers operating in Ukraine. By mid-2016, this figure will rise to 16,000 Patrol Police officers covering every oblast in Ukraine, including Donetsk and Luhansk. They have replaced the country’s widely discredited traffic cops – long seen as the most corrupt of all Ukraine’s law enforcement agencies. The Patrol Police initiative has received considerable support from Ukraine’s international partners, with America taking a leading role in providing trainers drawn from within the U.S. police force. Recruits have received significantly higher salaries than their predecessors, along with a daunting mandate to serve as the public face of the new Ukraine.

From corrupt cops to selfie stars

The public response to introduction of the Patrol Police service has been emphatically positive. Whereas Ukrainians used to joke that the only people to avoid late at night were the police themselves, the officers of the new service have found themselves in demand for selfie photos with members of the public. Stylish uniforms have contributed to this popularity, as has a recruitment policy that seems to have emphasized youth and physical fitness alongside more traditional academic qualifications.

The photogenic appeal of Ukraine’s new cops has also proved a big hit internationally, with the Patrol Police garnering more photo features and column inches in the international media over the past six months than any other aspect of the Ukrainian reform process.

As well as looking good, the Patrol Police have also set a new tone in relations between law enforcement and members of the Ukrainian public. The emphasis during training has been firmly on public service, with particular attention paid to the kind of interaction that leads to mutual respect. This message seems to have resonated – since the launch of the Patrol Police, Ukrainian social media has been awash with personal accounts from people who have engaged with officers and found them to be polite, helpful and ethical – qualities that were rarely associated with the traffic cops they replaced. Initial surprise has since given way to respect. This has led to unprecedented levels of public confidence in the service, with surveys ranking the Patrol Police as by far the most trusted state body – no small achievement for a new institution rushed into service in an environment of national crisis.

Ukraine now aims to replicate the success of the Patrol Police as it overhauls the entire police service. The scale of the task is significantly larger, with officials looking to hire 130,000 new police officers to replace the existing force. This will require a vast recruitment and screening process, with former officers offered the chance of reapplying to join the new force and those accepted subjected to an extended trial period. Doubters continue to question whether Ukraine’s new law enforcement officers will prove any less corruptible than their predecessors, with cynics claiming that the changes are largely cosmetic. Nevertheless, the change in attitudes towards law enforcement that the launch of the Patrol Police has already achieved is beyond question.