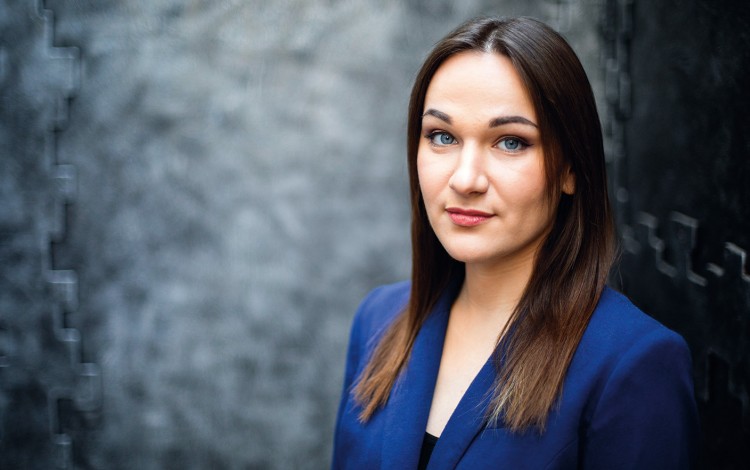 Global audiences were totally unprepared for the information war unleashed by the Kremlin in early 2014. This resulted in a series of spectacular early successes for Russia, with an unexpectedly large number of international media outlets seemingly prepared to take Kremlin tales of ‘fascist Ukraine’, ‘oppressed Russian-speaking Ukrainians’, and a ‘CIA-backed coup’ at face value.

At first, there was a sense of disbelief in Ukraine itself at the credibility the international press gave to these Russian narratives. Ukrainians had long been familiar with Russian attempts to portray their struggle for European democracy as a Nazi plot, but many had mistakenly assumed that such arguments would appear absurd to non-Soviet audiences.

These assumptions proved misplaced. It soon became clear that declining faith in the mainstream Western media, combined with the popularity of internet-based anti-American and anti-globalist conspiracy theories, had created fertile ground for Russia’s counter-revolutionary version of events. A cocktail of factors ranging from the 9/11 Truther movement to the media role in the lead up to the Iraq War had combined to produce perfect conditions for a Kremlin information offensive.

Nevertheless, the Kremlin’s initial gains have been subject to the law of diminishing returns. Russia’s MH17 disinformation efforts since July 2014 have been instrumental in undermining the initial successes of Moscow’s infowar. The Kremlin’s brazen and often crudely bungled attempts to distort the MH17 investigation have forced millions of otherwise disinterested international observers to take Russia’s disinformation policies seriously, leading to a massive loss in credibility.

Disinformation and the hybrid war doctrine

With more and more outside observers encountering Kremlin media techniques, increasing numbers have begun to appreciate the sophistication of the current campaign and the implications for international information security. Slowly but surely, a picture has emerged of the key role played by disinformation within the Kremlin’s hybrid war doctrine. It is no coincidence that when Russian forces seized Crimea and first marauded across east Ukraine in early 2014, the primary targets were often TV broadcasting towers. Over the past eighteen months, the ‘little green men’ doing the fighting in Ukraine itself and the so-called ‘Kremlin trolls’ invading the comment sections of Western media outlets have come to be seen as components of the same hybrid war.

This realization has led to recognition of the need to respond. An international fight back of sorts has been gaining ground throughout 2015, with the sound bites of the previous year giving way to more concrete efforts. Rather than fighting propaganda with counter-propaganda, attention has largely focused on the Herculean task of debunking the myriad myths and distortions promoted by the Kremlin. Many of the world’s most high-profile media outlets have produced detailed investigations into Kremlin disinformation strategies over the course of the past 12 months. As early as February 2015, the BBC reported, “Russian state TV’s coverage of the conflict in Ukraine does not simply contain one-sided and often misleading propaganda. It also appears to employ techniques of psychological conditioning designed to excite extreme emotions of aggression and hatred in the viewer.”

Other international media probes have focused on the activities of Russia’s so-called Kremlin troll factories, or the networks of Kremlin allies, agents and ‘useful idiots’ tasked with inserting Russian talking points into the Western media debate. There have been numerous international forums and conferences dedicated to the Russian information war. Entire books have been published on the subject of Russia’s alternative reality media landscape – most notably UK author Peter Pomerantsev’s much praised ‘Nothing Is True and Everything Is Possible.” Retired Kremlinologists have found themselves suddenly back in demand. This trend has even reached the Russian Federation itself, with a small but growing number of Russian journalists turning whistleblowers during 2015 to expose the inner workings of the Kremlin infowar.

Institutions such as the European Union have also mobilized to debunk Russian disinformation. The most important development of the past 12 months has probably been the creation of the EU’s StratCom East initiative, which in November launched a weekly Disinformation Review that seeks ‘to show the European public the high amount of (Russian) disinformation attacks that target the European audience every single day.” The Disinformation Review is a small-scale operation involving a handful of fulltime staff working in tandem with a network of volunteer contributors. Even so, it still represents a significant departure from the EU’s traditionally cautious and offense-averse approach to relations with Russia. The willingness of the 28-nation bloc to agree to even this relatively minor counter-measure reflects the growing consensus beyond Russia that the Kremlin infowar poses an international threat.

This shift in international attitudes towards the Russian infowar has been broadly welcomed in Ukraine, where efforts to debunk Kremlin propaganda date back to first days of the Euromaidan Revolution. As anti-government protests began to gain momentum in central Kyiv in December 2013, Russian TV crews reporting breathlessly about ‘neo-Nazi riots’ where awarded with plastic imitation Oscars by tongue-in-cheek Ukrainian activists. When Russian troops invaded Crimea in February 2014, these debunking efforts suddenly gained a sense of grave urgency.

The most high-profile Ukrainian initiative to date remains the Stop Fake internet project. Launched during the early days of Russia’s Crimean invasion, it began life as a hastily constructed online resource designed to counter specific disinformation and systematically debunk Kremlin media lies. Stop Fake has since expanded to include a range of platforms in different languages as well as popular weekly video roundups produced in both Russian and English. Business Ukraine magazine spoke to Stop Fake co-founder Margo Gontar about mounting international awareness of Russian disinformation policies, and asked her why she thinks Russian information strategies have proved so effective despite the mountains of evidence pointing to serious credibility issues.

Ms. Gontar is a 27-year-old Kyivlanka and journalism graduate from the Ukrainian capital’s prestigious Mohyla Academy, which also hosts the Stop Fake project. Like the majority of Kyiv residents, she is a native Russian speaker who finds Kremlin claims about the oppression of Russian-speaking Ukrainians baffling and infuriating in equal parts. She sees the EU’s new Disinformation Review initiative as a step in the right direction, but hopes that it is just the start of broader efforts to counter Russian disinformation. “It must be regarded as a huge step that they (the EU) are doing anything at all, after such a long period of inertia. It seems to take forever for those not directly affected by the conflict to respond. Part of the problem is explaining to people the danger of Russian fakes. They don’t necessarily take it seriously if they are not personally confronted by the results of this disinformation,” she says.

Speaking in fluent and heavily British-accented English, Ms. Gontar expresses frustration over the slow speed at which the consensus-based democratic world often operates, but voices hope that the EU’s involvement is only the beginning. “I think there has definitely been a marked change in global attitudes towards Kremlin fakes since early 2014. It is an ongoing process and it is clearly going to take time to produce results. Now that it seems to have begun, hopefully it will develop a very strong momentum of its own.”

Debunking individual reports may help European audiences to recognize they are being systematically conned by the Kremlin, but such efforts are unlikely to lead to any dramatic changes in public attitudes within Russia itself. Support for Kremlin policy in Ukraine is sky high among the Russian public despite widespread cynicism towards the media in general. Overly simplistic caricatures of captive and brainwashed Russian audiences fail to acknowledge the fact that there is actually no shortage of access to alternative news sources in Putin’s Russia.

Ms. Gontar believes it is crucial to recognize that although the Kremlin exercises almost complete control over editorial decisions in the mainstream Russian media, the coverage this produces enjoys genuine popularity and is in many ways directly in step with public attitudes and expectations. Rather than setting the agenda, it plays on existing prejudices and exploits deeply entrenched worldviews. “All this talk of Ukrainian fascists is nothing new. It has been present in the Russian information space since the 1990s and has merely been given renewed prominence over the past two years,” she says. “The problem is not even necessarily rooted in attitudes towards Ukraine. It is really all about Russia’s imperial complex. The main difference between Russia and Ukraine is this imperial mentality. Ukraine is a victim of empire, whereas Russia is a victim of loss of empire.”

She points to the sense of loss that gripped Russia in the early 1990s – a time when for most former Soviet citizens the prevailing mood was one of liberation. Ms. Gontar argues that this sense of historical injustice allows many people employed in the Russian media to do things that they might otherwise find ethically unpalatable. “I get the impression that many people working in Russian state media see themselves as an extension of the Russian military. They seem to be motivated by a sense of mission and are imbued with the righteousness that comes from believing everyone is ganging up against them. On a psychological level, this probably helps them to suppress any doubts they may have about the credibility of their journalistic work.”

Taking on the Kremlin media colossus

Stop Fake has built up a significant audience within the Russian Federation, accounting for approximately one-third of all site visitors. Nevertheless, the numbers Stop Fake reaches pale into relative insignificance compared to the huge audiences enjoyed by Russian state TV. This poses significant questions over the effectiveness of such debunking strategies. Stop Fake videos regularly attract tens of thousands of YouTube views, but many millions watch the original fakes on Kremlin TV channels. Ms. Gontar accepts that proportionality is a problem, but says this does not discourage her in her work. “Even though we reach much smaller audiences, we are still making an impact. People often share our links. We are providing weapons for those who want to join the information war. The videos and articles we produce are evidence that can be used to confront those who defend Russian disinformation online.”

Ultimately, she says she is motivated by her own sense of mission, along with the conviction that she is on the right side of history. “You need to have a sense of romanticism to do this work,” she explains. “If you are going to take on the colossuses of Russian state TV, you must believe that truth will eventually win.”