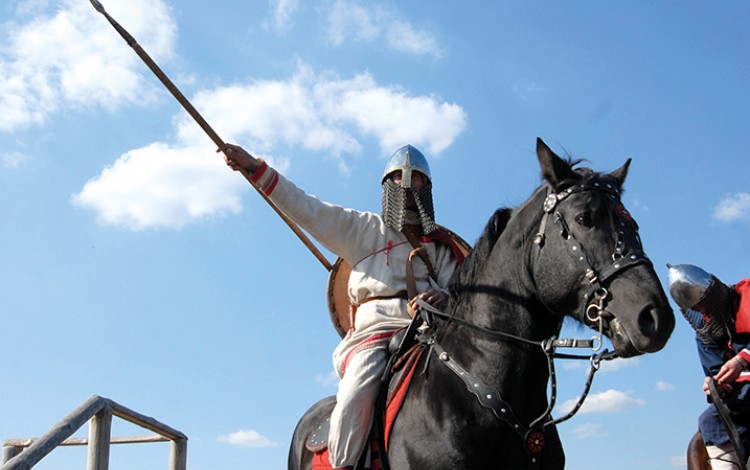 According to most official histories, the great medieval state of Kyiv Rus was founded by a group of Viking trader-adventurers who were invited to bring law and order to the potentially prosperous but disordered and chaotic lands of far eastern Europe. These Viking state-builders are believed to have originally come from Sweden, which would make the Swedes the first expat managers in Ukrainian history and a very early precursor of today’s EU assistance programmes and foreign-born ministerial appointments. The alleged connections between medieval Ukraine and Viking Sweden certainly make for an intriguing tale, but how much of it is true?

Business Ukraine magazine sat down with Ukrainian historian and archeologist Fedir Androshchuk to discuss the Kyiv Rus-Swedish connection. Mr. Androshchuk, who is a research fellow at Stockholm’s Museum of Swedish History, has spent much of his adult life investigating the ties between Scandinavia and the early medieval Kyiv Rus state. He explains that our knowledge of the origins of the Kyiv Rus state is heavily dependent on a very small number of surviving documents – none of which are contemporary in nature.

Conventional understanding of the foundation of the Kyiv Rus state comes almost exclusively from the ‘Tale of Bygone Years’, which is an ancient chronicle composed in Kyiv in the early twelfth century – nearly 300 years after the events which are traditionally depicted as the starting point of Kyiv Rus history. The ‘Tale of Bygone Years’ is the sole source of the legend that the state’s Viking founders were ‘invited’ to establish a government in the region. This invitation allegedly came from the tribes living in what today make up parts of Belarus and European Russia. The chronicle claims that these rival tribes had grown tired of their endless infighting and decided to seek outside help, addressing the Vikings thus, “our land is great and rich, but there is no order in it. Come to rule and reign over us.”

These claims sound suspiciously like the work of apologist historians seeking to retrospectively justify the aggressive expansion of the Vikings into eastern Europe. There are very few historic examples of groups voluntarily ceding their sovereignty in the manner, and many believe the claims of an invitation being issued are convenient way of explaining the growing influence of the Vikings.

This ‘invitation’ narrative was first brought to the attention of conventional historians during the eighteenth century, when a number of German and Scandinavian academics began trying to translate and decipher the few surviving documents relating to the ancient Rus state. Mr. Androshchuk says that the ‘invitation’ interpretation has always been opposed by sections of Russian academia, who have long regarded claims about the Scandinavian origins of Kyiv Rus as demeaning and belittling to Russian imperial pride. It did not help that when the claims first surfaced in the mid-1700s, Imperial Russia was still wary of Swedish ambitions in the region and sensitive to Scandinavian pretentions due to the relatively recent Great Northern War, which had culminated in the Swedish defeat at the 1709 Battle of Poltava in modern-day Ukraine. “These contemporary geopolitical considerations helped to politicize the issue, and the debate continues to this day,” explains Mr. Androshchuk.

While arguments continue to rage over the exact role of the Vikings in the creation of the Kyiv Rus state, the available historical and archeological evidence amply demonstrates the existence of deep ties between Kyiv Rus and Scandinavia. Mr. Androshchuk points to the discovery in the twentieth century of Viking artifacts at Kyiv Rus era burial sites throughout modern-day Ukraine, and says that in Sweden there have been similar finds that suggest close ties of kinship and trade. He explains that there is now an emerging consensus among European historians that Kyiv Rus actually came into being as a coherent state far later than previously thought, and probably dates from the time of Volodymyr the Great in the final decades of the tenth century. Nevertheless, he confirms that evidence abounds of a strong Scandinavian presence in the region stretching back at least a further 100 years. “We know that the Vikings were here from some time in the ninth century and were engaged in trade and military functions. Arabic chroniclers have provided numerous accounts of their presence,” he offers, pointing out that the term ‘Rus’ may itself derive from the Old Norse word meaning ‘the men who row’. One Frankish chronicle from the same ninth century period goes even further, referring to a ‘Rus’ presence in the region which is specifically said to have come from modern-day Sweden.

Meanwhile, in Sweden itself, discoveries of Kyiv Rus jewelry and household items point to the extent to which the Swedish warriors and traders of the time where connected to the lands of modern-day Ukraine. Mr. Androshchuk highlights the example of the royal Viking city of Sigtuna, where Kyiv Rus necklaces and ceramics have been uncovered. Sigtuna was also the childhood home of the Swedish princess Ingegerd Olofsdotter, who would become the wife of celebrated Kyiv Rus ruler Yaroslav the Wise.

The exact role of the Swedish Vikings in the creation of the Kyiv Rus state remains the subject of a debate that will probably never be satisfactorily resolved. With Ukraine, Russia and Belarus all laying claim to the legacy of the Kyiv Rus civilization, long-standing claims that European outsiders were the principle state-builders during this formative period have gained renewed political potency. Nevertheless, there is no doubting the fact that the ties binding Sweden and Ukraine are profound and stretch back for over a thousand years.