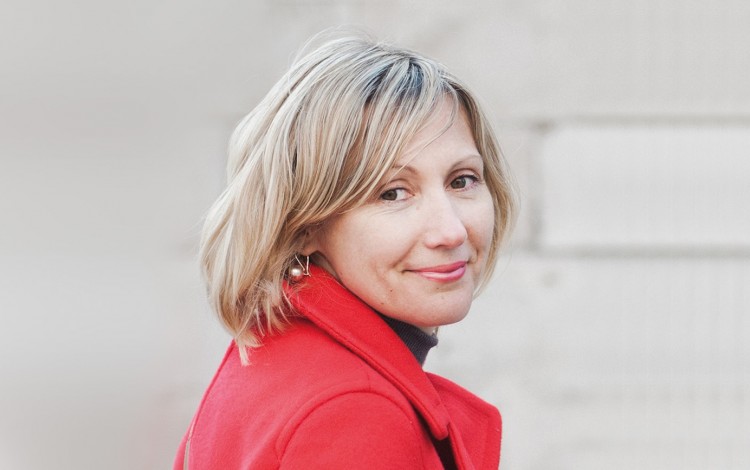 About the author: Marina Pesenti is the Director of the Ukrainian Institute in London (www.ukrainianinstitute.org.uk)
Marina Pesenti

Images of the 1917 Russian Revolution have flooded the London of 2017. Marching Bolsheviks and Red Army soldiers point at me from posters on every corner of the British capital and bring with them a strange feeling of returning to the Soviet Ukraine of my childhood.

The Royal Academy of Arts blockbuster show, “Revolution: Russian Art 1917-1932”, dazzled its audience earlier this year with a magnificent display of arts and cinema. Meanwhile, the British Library’s “Russian Revolution: Hope, Tragedy, Myths” exhibition unearthed interesting archival documents and artefacts from its collection. Towards the end of the year, “A Red Star Over Russia”, will be the headliner attraction at the Tate Modern gallery. Dozens of less high-profile events are also taking place in the British capital.

There has been little mention of Ukraine in this flurry of Russian Revolution retrospectives. For example, Kazimir Malevich was an ethnic Polish avant-garde artist born in Kyiv who spent his formative years in Ukraine and spoke Ukrainian. His art took up a whole room at the Royal Academy, but visitors learned that he was unequivocally “Russian”, despite the fact that many of the paintings on display refer to his “Kyiv period”. Olexandr Dovzhenko, the famous Ukrainian film director whose films focused on Ukrainian material, was merely “Ukrainian-born.”

Cultural mapping aside, there is no mention of Ukraine as a major battleground during the tumultuous events of 1917. Ukraine’s statehood bid and its struggle for independence between 1917 and 1921 are not mentioned anywhere, nor is the fact that Ukraine was a major theatre for a so-called civil war involving a dizzying array of opposing sides and nationalities.

This is no surprise. Ukrainians should not be deluded into thinking that it will be ever be allocated a place in this grand narrative. All exhibitions of this kind take years to prepare and involve major Russian galleries and museums along with funding from Russian oligarchs. Moreover, many British curators have an inherent bias towards events and arts originating in non-Russian parts of the former Tsarist Empire, typically placing them under the Russian umbrella or ignoring them altogether.

The Ukrainian Institute in London has decided to build a narrative of its own by launching “The Century of Ukrainian Revolution: 1917-2017.” This is a themed series of events where the Ukrainian story of the 1917 Revolution is told by academics and visualised through 1920s cinema and publishing projects. US historian Professor Mark von Hagen launched the project with a lecture on the importance of the Ukrainian Revolution for a more nuanced appreciation of the geopolitical conflicts following the collapse of Tsarist authority. Professor von Hagen explained how after many years of studying the Russian Revolution, he concluded that the state the Bolsheviks were building was a neo-imperialist project. He reminded his British audience that Soviet rule in Ukraine followed two Russian-Ukrainian wars in the wake of the Bolshevik Revolution.

As part of the project, fellow US historian Anne Applebaum will be unveiling her latest book focusing on the early history of Soviet Ukraine and dealing with the Holodomor - a central event to Ukraine’s identity. “Red Famine. Stalin’s War on Ukraine”, will be the star attraction on 28 September at the EBRD headquarters in London at an event co-hosted by the Ukrainian Institute.

There is another “Ukrainian Revolution” crucial to our understanding of this period. Throughout the 1920s, Ukraine experienced the intense development of its cinema industry, with dozens of highly experimental avant-garde films produced. These included the famous “A Man with a Movie Camera” by Dziga Vertov. Filming for this innovative piece of cinematography took place in Kyiv, Odesa and Kharkiv, but until now it has enjoyed an international reputation as a “Russian” movie.

The head-spinning 1920s development of Ukrainian cinema was driven by VUFKU, a peculiar acronym standing for “All-Ukraine Cinema and Photo Directorate.” VUFKU produced 40% of the Soviet film output during the early Bolshevik period and enjoyed the freedom to sign contracts in Western Europe and North America where it actively distributed its material. All of this came to an abrupt end with Stalin’s rise to power in the late 1920s. Brutal repressions of the Ukrainian arts scene followed.

Two of VUFKU’s best films – “In Spring” by Mikhail Kaufman and “The Profiteer” by Mykola Shpykovsky - were screened in London earlier this summer. The screenings proved possible thanks to partnership with the Kyiv-based Olexander Dovzhenko National Centre. More screenings of magnificent Olexandr Dovzhenko films will take place in autumn 2017. “VUFKU is still a hugely under-researched phenomenon of independent film-making in the early Soviet Union,” commented Dovzhenko Centre Programme Director Stavislav Menzelevskiy following a June screening of “In Spring” at Bertha DocHouse, one of the leading London cinemas focused on documentary screenings.

The Ukrainian Institute is also adding another layer to the concept of the Centenary of the Ukrainian Revolution by shifting the focus to Ukraine’s national identity following the 2014 Revolution of Dignity. The debate will center on Ukraine’s complex relationship with the Soviet past and the country’s contemporary policies of “de-communisation”. Autumn will see the UK presentation of a book entitled: “Decommunised: Ukrainian Soviet Mosaics”. Osnovy publishing house Director Dana Pavlychko will present the book at the EBRD offices in London.

The Ukrainian Institute’s role in promoting awareness of the 1917 Ukrainian Revolution is a major undertaking that has involved developing themes specifically for London audiences and identifying partners in Ukraine. The initiative has already enjoyed some coverage in the UK media, highlighting the possibilities of well-directed cultural diplomacy. Such efforts need amplification but this can only happen with greater support from government and business