BRAND UKRAINE IN THE INTERNATIONAL MEDIA 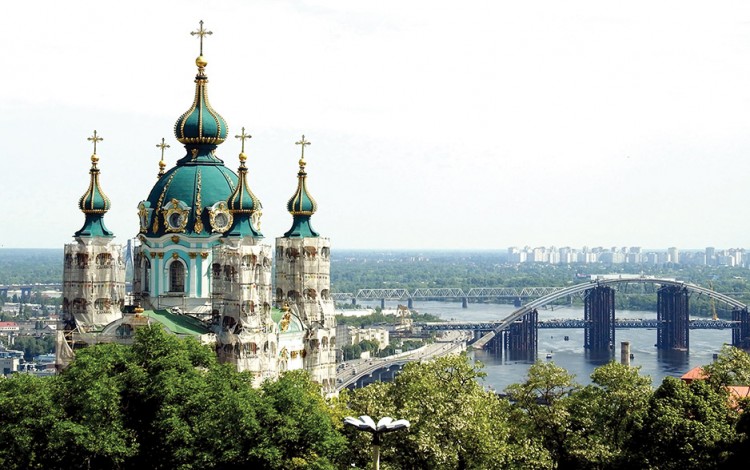 The publication of The Economist intelligence Unit’s annual Global Liveability Survey has generated heated debate in Ukraine after researchers placed the Ukrainian capital among the bottom ten cities globally. Kyiv also ranked as the world’s biggest decliner of the past five years, dropping 21.4% since 2012.

The 2017 results placed Ukraine’s biggest city at 131 out of 140 featured cities. Kyiv’s particularly low score in the stability category of the survey kept the city’s overall total down, with the report pointing to ongoing fighting in the Donbas region as a key reason for this year’s ranking.

These stability concerns are justifiable if somewhat overblown. Few would disagree that Kyiv is a less stable city today than it was five years ago. While the frontlines of the conflict are hundreds of kilometers away from the Ukrainian capital, Kyiv has witnessed a number of political assassinations and periodic public disorder since the outbreak of Russia’s hybrid war in February 2014.

It is less clear why the survey awarded Kyiv just 48.6 points out of a possible 100 in the Culture and Environment category – more than ten points behind Zimbabwe’s Harare, for example. Kyiv is one of the world’s greenest capital cities with a wealth of theaters, galleries and public spaces serving a vibrant cultural life energized and amplified by the historic events of the past three years. It also boasts a hip restaurant, café and club scene that has seen the city dubbed “The New Berlin” and Europe’s latest “Hipster Capital”.

This should not have been news to the researchers at The Economist. Visitors to the May 2017 Eurovision Song Contest in Kyiv were almost universal in their praise of the city’s dynamism and attractiveness, with over 90% of those surveyed expressing a readiness to return. Press coverage of the event was full of complimentary assessments describing Kyiv as an undiscovered tourist gem.

In the wake of the survey’s release, Kyiv residents and those who have spent time in the city took to social media to voice their disbelief. The East Europe Editor of the Financial Times Neil Buckley summed up the mood of puzzlement when he tweeted: “As a frequent visitor, cannot understand Kyiv in the bottom 10 with Tripoli and Damascus. Lower “stability” than Harare?”

Sunday Times correspondent Bojan Pancevski also commented on Twitter: “Absurd. It’s polluted and so on, but it’s a comfortable European city.” Radio Free Europe’s Brian Whitmore added: “I have lived there and found it very livable and quite pleasant. This is absurd.”

Meanwhile, Lithuanian Ambassador to Ukraine Marius Janukonis diplomatically suggested that Kyiv’s low score might be cause for a rethink at The Economist over the methodology of the survey. “Kyiv might not be in the Top 10, but criteria for this ranking needs reviewing,” he tweeted. “Living standards (in Kyiv) hardly reflect the conflict in the East.”

The survey is certainly a blow to Kyiv’s image at a time when the city is looking to promote itself as a tourism and investment destination. It serves to underline the scale of the challenge ahead as the Kyiv authorities attempt to reverse decades of branding neglect compounded by negative coverage generated by the conflict in eastern Ukraine.

The next big opportunity to present Kyiv’s charms to the outside world will be the UEFA Champions League final in May 2018. Ukraine will be hoping for a repeat of this year’s Eurovision Song Contest success, and can count on Kyiv’s traditional spring splendor to dazzle first-time visitors. However, additional efforts are also clearly required in order to convince international media outlets like The Economist to look beyond misleading headlines and discover the real Ukraine.