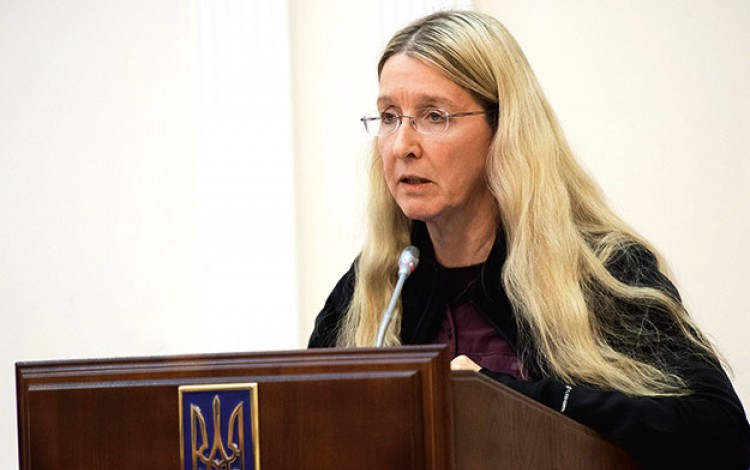 Another key element of Ukraine’s ambitious healthcare reform agenda came into effect in spring 2018 with the launch of family doctor-patient contracts. So far, the public response to this latest step has surpassed even the most optimistic of expectations, with a quarter of the entire population signing up in less than three months.

The healthcare reform process is continuing to gain ground despite vocal opposition from influential elements within the country’s medical and political establishments. In light of this entrenched opposition, many now regard healthcare reform as a test case for Ukraine’s ability to implement meaningful post-Maidan change. What will the recent introduction of patient-family doctor contracts mean for individual Ukrainians, and how does this latest reform fit into the broader plan to transform the Ukrainian healthcare system?

Ukraine inherited a broken Soviet healthcare system when it became independent in 1991. This antiquated system has remained mired in corruption for the past 26 years, resulting in Ukrainian life expectancy rates that are 11 years shorter than the European average. Though the Ukrainian Constitution technically promises “free medical assistance” for all, patients generally have typically had to pay bribes for treatment, while the meager USD 180 average state-financed monthly salary paid to most doctors has essentially forced them to accept these bribes. As one focus group participant in Kharkiv commented, “It all starts with a bottle of champagne for your doctor to say thank you, but it soon spirals out of control until nobody can afford treatment.” In short, the system has not functioned effectively since Soviet times – if it ever really worked at all. In contrast, the current reform process aims to provide state-funded medical insurance for all Ukrainian citizens. Only around 5% of Ukrainians previously had any form of medical insurance. Now everyone is insured.

Some of the envisioned changes to Ukraine’s healthcare system underwent pilot implementation last year. These changes remain in effect, including the popular “available medicines” program, which provides free medicine to patients suffering from chronic diseases such as asthma, Type II diabetes and cardiovascular disease. Last year also saw the introduction of reference pricing for pharmaceuticals, allowing consumers to know the average cost for medicines and helping them to protect themselves from price gouging at the pharmacy.

Beginning in April 2018, patient-family doctor contracts took effect. These agreements between patients and doctors outline mutual responsibilities between the two. With each Ukrainian family choosing a primary care doctor, the doctor becomes more familiar with the health peculiarities of each patient.  This brings to an end the Soviet “propiska” system that limited treatment to wherever a patient was officially registered. Instead, patients can now select a family doctor wherever most convenient, be it where they live, where they work, or even near their dacha. If patients like their current doctor, the can continue. If not, the patient can dismiss their current doctor and hire a new one. Patients are empowered to take control of their healthcare on a level that finally meets international standards.

The patient-family doctor contract model also benefits doctors, who will no longer receive a flat and subsistence level salary each month regardless of the number of patients they treat. Each family doctor may now treat up to 2,000 patients. The more patients a family doctor treats, the higher the salary he or she will earn. This will result in doctors being able to earn more than UAH 15,000 per month, representing a potential threefold increase from their current salary.

To break away from the bribe-based current system for medical treatment, the new state-funded medical insurance payments will go directly to the family doctor for services rendered. Thanks to this development, the days of patients needing to provide their doctors with handfuls of cash and other unofficial incentives are theoretically over. No money need change hands between patient and doctor any longer. The insurance system will pay the doctor, the doctor’s salary will be legalized and official, and the state will collect more in tax revenues by having such transactions “on the books”. These increased tax revenues will then help fund the health insurance program.

In Ukraine, passing reformist legislation is always notoriously difficult. Implementing reforms has often proven to be even more challenging. These difficulties are due to institutional sabotage and the powerful financial interests that often work to protect their positions by undermining the effectiveness of new laws. The Ukrainian people appear unwilling to allow this to happen to the current healthcare reform process, or at least that is the impression if we judge by the strong initial response to the introduction of patient-family doctor contracts. From the start of the program in April until late June, over ten million Ukrainians signed contracts with family doctors. This has significantly exceeded expectations nationwide, representing almost one in four Ukrainians.

The key goal for healthcare reform in the current year is transforming the primary care system to a family doctor contract basis, where “money follows the patient”. This is in stark contrast to the old system of state financing of healthcare based on the number of hospital beds and infrastructure. Next year, the reform agenda will begin to address the secondary care system for medical specialists.

Other changes on the way include the establishment of regional health centers in every oblast of Ukraine to promote healthy lifestyles. Up until recently, 99 cents of every healthcare dollar spent in Ukraine focused on treatment rather than prevention. By focusing on prevention and promoting healthier lifestyles, Ukrainians should begin to see improvements in both the length and quality of their lives. This is just one example of how Ukraine’s healthcare reforms aim to introduce tangible improvements to the daily lives of ordinary people. Patients are being empowered with choices, doctors receive rewards for hard work, and opportunities for corruption within the system decline. After decades of communism and post-Soviet dysfunction, Ukrainians are finally moving towards a healthcare system that actually works.

About the author: Michael Getto is a public affairs consultant currently based in Southern California who previously lived and worked in Ukraine and Eurasia for 16 years.