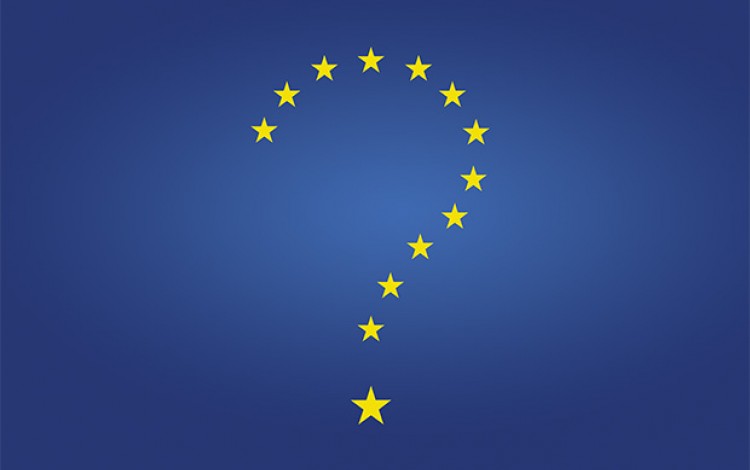 Will Ukraine ever become a member state of the European Union? Many Ukrainians are unconvinced that membership should be the country’s top priority
Alyona Getmanchuk

While conducting a series of regional visits earlier this year, we at the New Europe Center think tank noticed that European integration as imagined by the Kyiv political classes is somewhat out of step with the perceptions of ordinary Ukrainians beyond the capital. What does the EU really mean to the Ukrainian public? To be able to gain a clearer picture of these attitudes, we decided to involve polling company GfK Ukraine, with the support of USAID/ENGAGE and PACT.

Ultimately, we were interested in finding out what people in various regions regarded as evidence that Ukraine was moving - or not, as the case may be - towards Europe. What did they see as the main obstacles to this process in their own regions? What level of integration with the European Union did they consider most desirable?

The results showed that, just as we are seeing in domestic politics, there is enormous fragmentation among Ukrainians on the question of European integration.

Certain broad trends are visible. The most noticeable opinion expressed was that Ukrainians only believe in the success of European integration when they begin to see improvements in social services. This primarily means hospitals, kindergartens and schools. Nearly 40% of Ukrainians consider this the clearest indicator that European integration has reached their region of the country. In other words, Europe continues to have a clear social face for Ukrainians. Additionally, it is increasingly becoming a deeply personalized issue for ordinary Ukrainians, with a clear focus on improvements in their family lives rather than at the level of state affairs. There are clear signs that most Ukrainians care far more about rewarding their family members then about punishing corrupt politicians in distant Kyiv.

For 33% of surveyed Ukrainians, successful European integration will be evident in better transport infrastructure such as renovated roads along with safe and comfortable public transportation. One could argue that better roads are not really a true indicator of European integration because good roads also exist in places like Belarus, a country with no ambitions to join the EU. Nevertheless, many Ukrainians traditionally associate good transport infrastructure precisely with the EU.

A similar number of those surveyed said that successful European integration means new jobs and foreign investors based in their towns. This is another clear message to the Ukrainian government on the need to improve the business climate in Ukraine. It is also a reminder for foreign investors that international companies in Ukraine’s regions are not merely businesses but also represent meaningful signals for ordinary people that Ukraine is moving closer towards the rest of Europe.

Amongst the key obstacles to European integration at the oblast level, Ukrainians named bribery among local officials and a lack of budget funding (37% each). The most unexpected responses, at least for me personally, were regarding the desired level of closeness between Ukraine and the European Union. Despite being the stated strategic goal of Ukrainian diplomacy, it turns out that full membership of the European Union only really matters to about 33% of Ukrainians. However, this was also the most popular choice.

The next most popular choice was free trade without any restrictions. The top three responses wrapped up with “the current level is fine.” This suggests that Ukrainians do not have particularly rose-tinted glasses when it comes to Ukraine’s potential future membership in the EU. On the contrary, they appear to be quite realistic about Ukraine’s chances of eventually gaining member state status, or at least this is one of the explanation for their responses.

Another explanation could be growing disappointment over Ukraine’s European integration process in general. Despite the fact that 50% of Ukrainians still support Ukraine’s European choice, the number of those who support the “neither EU nor Eurasian Union with Russia” option is rising and now stands at around 30%. Ukraine’s politicians have undoubtedly made their own contribution to undermining the appeal of European integration and the increase in support for a more neutral path. The current government has aided this process by failing to deliver on key reforms that might bring noticeable improvements to people’s everyday lives. Since the public tends to associate the current government directly with the EU vector, disappointment in their actions inevitably leads to disappointment in the country’s European choice.

Perhaps predictably, we are now seeing populist politicians from the opposition camp actively promoting the idea that the EU does not want Ukraine. They argue that European integration has brought Ukrainians nothing but impoverishment and deteriorating living standards along with such unpopular results as increasing utilities prices and the devaluation of the national currency.

The good news for Ukraine’s Euro-optimists is that only 14% of surveyed Ukrainians said the country should stop trying to draw closer to the EU altogether. Here, the regional factor was fairly significant and predictable. The desire for full EU membership was strongest in Ukraine’s western oblasts at 54.5%, while in eastern oblasts attitudes towards EU membership were worse than indifferent with support at just 13.2%. The largest proportion of Ukrainians who think Ukraine should abandon EU integration efforts entirely was among residents in the government-controlled parts of Ukraine’s eastern oblasts, where 25% backed an end to integration.

The debate over Ukraine’s European choice remains very much alive and the argument is clearly far from won. With presidential and parliamentary elections looming on the horizon, the task facing Ukrainian advocates of EU integration is clear. They must seek to explain to the electorate that while the results of Ukraine’s European choice are currently less than ideal, the alternatives remain far worse.

About the author: Alyona Getmanchuk is the founder and director of the New Europe Center think tank