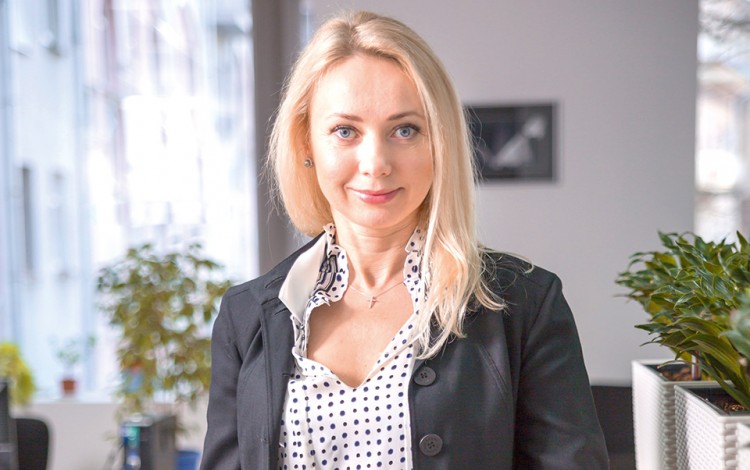 About the author: Lesia Chmil is the Director of the IT and Document Management Department at the Ministry of Economic Development and Trade of Ukraine
Business Ukraine magazine

Ukraine is a relative latecomer to the world of e-governance, but grassroots demand for electronic services is now pushing the issue further up the political agenda. As with many areas of post-Maidan Ukraine, volunteer initiatives are playing a key role, enabling regional authorities to introduce digital services on a localized basis. Due to the combined efforts of local officials, volunteers, and donors, electronic portals and services have already appeared in Ukrainian regions including Volyn, Kharkiv, Dnipropetrovsk, Lviv and Ivano-Frankivsk Oblasts. Over 260 information systems providing electronic services are now functioning across the country. This creates a dynamic but chaotic and fragmented basis for the development of e-government in Ukraine. The country now faces a choice of either adopting a more unified system or sticking with the current philosophy of de facto diversity.

Ukraine’s late arrival on the e-government scene is in many ways a weakness, but it could be to the country’s advantage if lessons learned elsewhere are absorbed. International e-government experience varies widely from country to country, with different models depending on cultural factors as well as available technological frameworks.

Early adopters of e-government electronic services were often unable to build highly centralized systems due to a lack of necessary computing capacity, creating problems further down the line. Back in the 1990s, e-government pioneer Finland initially opted for a diversified approach, only to spend EUR 60 million in the 2000s in order to create a single platform. Countries entering the e-government club after the initial wave, such as Estonia, the Czech Republic and Qatar, have almost exclusively chosen a one-stop-shop system.

Based on this global experience, Ukraine’s Ministry of Economic Development and Trade (MEDT) is currently working to establish a single portal for state services capable of simplifying processes and eliminating delays. Implementing this one-stop-shop approach will require the cooperation of state authorities at all levels, but even at this initial stage, we can already see various specific examples of the role a more comprehensive service could play.

In September 2015, the MEDT launched a pilot version of the Single State Portal of Administrative Services. This pilot platform contains regularly updated information about available services, application templates, and data on fees. In March 2016, the MEDT began offering businesses the chance to apply electronically for a range of licensing services, permits and other administrative processes. The site currently allows businesses to apply electronically for 12 services related to international trade, including the registration of foreign trade contracts for export transactions and the issue of import and export licenses.

Before these services became available online, entrepreneurs had to come to the ministry at least twice in order to submit documents and to receive licenses. In practice, the process could take much longer, with incorrect forms or missing documents resulting in endless reapplications. This process would often take months and only be resolved following the intervention of expert intermediaries. The Single State Portal removes the need for these intermediaries while also reducing delays and increasing clarity. Applicants receive updates via personal profiles registered on the Single State Portal, keeping them informed of any issues regarding documentation or other aspects of their application. The system also allows different departments to process applications in parallel, reducing timeframes from 10-15 days down to 2-3 days.

As Ukraine moves towards greater e-governance, a centralized platform for all digitalized state services is becoming a necessity. In order for the leap into the digital age to be successful, everything from real estate registers to individual electronic identities will need to be coordinated via the relevant state information systems. The government now faces the significant task of creating and maintaining these registers. For example, passport data must be stored in electronic format rather than current paper records. This information must be secure but accessible.

The creation of a national portal will address three key issues. It will lead to greater automation of administrative business processes, reduce direct contact with state officials, and minimize delays in securing the necessary documentation to conduct business in Ukraine as well as 5-time reduce a service rendering time and make the process easy and convenient for everyone. Few would argue with the goals of this e-government drive. However, significant obstacles are blocking the implementation stage. Some state bodies do not have the requisite information systems in order to integrate into a unified platform. There is an absence of legislation covering the means of electronic identification, with relatively few Ukrainians currently in possession of legally recognised digital signatures. E-government efforts are also subject to the problems facing all major reform drives in Ukraine, such as the lack of mechanisms and resources to ensure thorough and comprehensive implementation. There is an absence of overall reform vision and too much in the way of half-hearted efforts. Coordination between the various state authorities remains weak.

In order to overcome these challenges, the Ministry of Economic Development and Trade, together with the State E-Governance Agency, is currently working on the creation of an overarching strategy for the development of electronic administrative services. An action plan is being prepared to bring legislation in this area up to the required level. These legislative changes must take place in parallel with implementation of the services themselves. Practical experience has already shown that further steps towards the implementation of e-government in Ukraine will prove impossible without political support and the necessary legislative changes.