EUROMAIDAN ANNIVERSARY: The importance of remembering when Ukraine’s Revolution of Dignity actually began 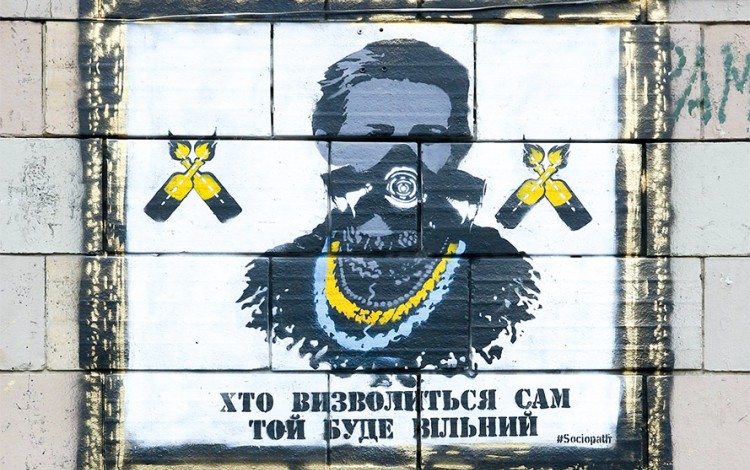 November in Ukraine will no doubt see a flurry of news reports and feature articles focusing on the third anniversary of the Euromaidan protest movement that led to Ukraine’s Revolution of Dignity. But when did the revolution actually begin?

Conventional wisdom has usually traced the start of the revolution to a 21 November 2013 Facebook post by journalist Mustafa Nayyem, who called on Ukrainians to join him on Maidan Nezalezhnosti to protest President Yanukovych’s decision to reject a much-anticipated EU-Ukraine Association Agreement. Around a thousand people duly gathered that evening in downtown Kyiv. Few could have believed they were kick-starting a process that would lead within three months to the deaths of dozens of protesters, the fall of the government, and the outbreak of an undeclared war with Russia.

The sheer magnitude of subsequent events has lent considerable historic weight to the story of Nayyem’s Facebook post. It is undeniably a media-friendly narrative tailor-made for the Digital Age, featuring an ethnic minority journalist using social media to fight back against an authoritarian regime. But was this really the starting point of Ukraine’s revolution? The crowds that gathered on Maidan on 21 November ebbed and flowed for the next week, peaking at tens of thousands over the weekend of 23-24 November. However, there was nothing particularly exceptional about protests of this size in a multi-million city like Kyiv. The situation changed dramatically in the early hours of 30 November, when for reasons best known to themselves, the authorities saw fit to send squads of Berkut riot police into central Kyiv to perform a brutal overnight cleanup of the few hundred protesters still loitering on Maidan. Most of the people trampled underfoot during repeated baton charges were young women and harmless students. The identities of the victims served to amplify the savagery of the act. When Ukraine woke up the next morning, footage of this attack sparked a wave of national revulsion. Personal freedoms had long been deteriorating under Yanukovych, but this was a massive red line. The Ukrainian authorities had never before unleashed riot police against students. Such things happened in Russia and Belarus, but not in Ukraine. One popular online commentary summed up the public mood: “I went to bed in Kyiv and woke up in Moscow.”

The response was emphatic. On 1 December, more than half a million joined protests in downtown Kyiv. Some put the figure above one million. The key point is that this was the watershed moment. While a relative handful of young idealists and activists had gathered to protest the rejection of the EU Association Agreement, this was now a national movement. At stake was not just the future political direction of the country, but the fundamental right of every Ukrainian to human dignity.

This distinction is crucial to understanding Ukraine’s revolution. If we view the protests exclusively through the prism of the EU Association Agreement, Ukraine’s entire revolution takes on a predominantly geopolitical character. This is both misleading and unhelpful. It is misleading because it suggests the primary motivation for millions of protesting Ukrainians was an EU trade deal. It is unhelpful because it encourages outside observers to view Ukraine as a mere pawn in a far larger contest between Russia and the West.

While geopolitical factors played an important role in the evolution of the Euromaidan , the revolution was more about civilizational choices than international alliances. What had been a fairly forgettable series of political rallies only became a national uprising when riot police brutality made it an issue of fundamental human rights. Amid all the talk about spheres of influence and a new Cold War, it is crucial to recall where it all began – and why.