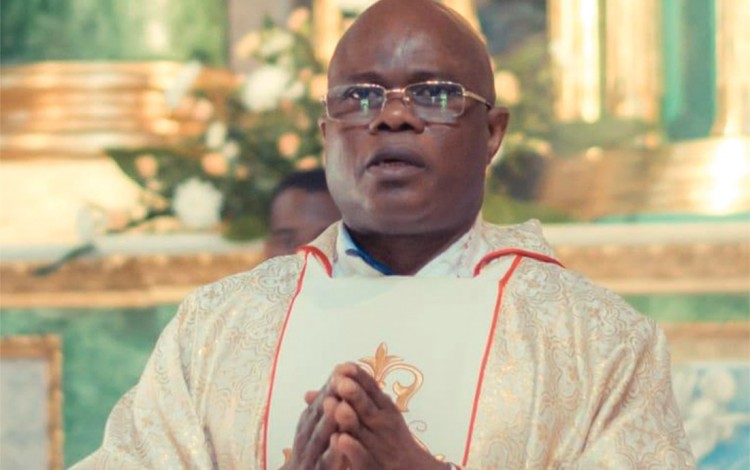 About the interviewee: The Reverend Father Michael Okika Uyammadu is a Catholic priest in Ukraine
Cosmos Ojukwu

The Reverend Father Michael Okika Uyammadu made history in 2019 by becoming the first African to be ordained as a Catholic priest in Ukraine.

Uyammadu, who originally hails from southern Nigeria, first came to Ukraine during the early years of Ukrainian independence to study economics. He graduated from Donetsk State University before embarking on a career in business in post-Soviet Ukraine.

Following a long personal journey of spiritual discovery, the future priest enrolled at the Catholic Church’s Superior Institute of Religious Sciences of St. Thomas Aquinas in Kyiv. He was ordained in May 2019 at Myhailivskiy Roman Catholic Church in Kamianets-Podilskiy.

Cosmos Ojukwu spoke to Father Michael about his pioneering religious role in Ukraine.

Is it true to say that you are the first African priest in Ukraine?

When did you come to Ukraine and why?

I first came to Ukraine in 1996. In those days, I was a private student looking to further my education.

Why did you decide to enter the priesthood?

For me it is quite straightforward. I see it as an act of God. I feel that God has called on me to serve Him.

Which languages do you use in church?

I use both the Ukrainian and Polish languages in my work, where and when necessary.

Have you encountered any challenges in Ukraine due to your ethnicity or your Roman Catholic denomination?

Not at all. I have not faced any problems of that nature in Ukraine.

Ukraine has historically been a religious borderland where different confessions have come into contact. How do you intend to contribute to religious tolerance and interfaith dialogue in today’s Ukraine?

As a priest, I will continue praying for the spread of peace and understanding throughout today’s Ukrainian society. By God’s grace, tolerance, love and interfaith dialogue will continue to exist among different denominations and between all people, regardless of their personal religious beliefs.

In summer 2019, you read your first English-language sermon at St. Alexander’s Cathedral in Kyiv. What else can English-speaking Catholics in Ukraine expect from you?

About the author: Cosmos Ojukwu is a Kyiv-based Nigerian journalist who has been covering Ukrainian affairs since the early 2000s