The face of the new Ukraine? 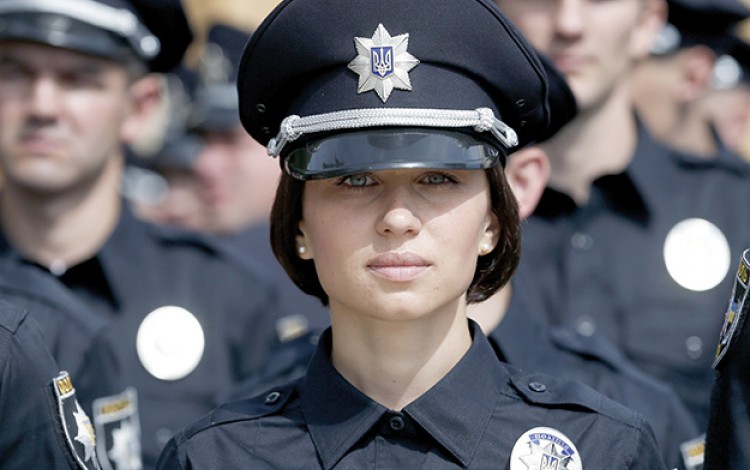 Kyiv’s new police force has proved one of the surprise hits of summer 2015, with the stylishly attired officers of the revamped service becoming the social media stars of the season. This enthusiastic reception has not been restricted to the pages of Facebook and Instagram - police officers patrolling the streets of the Ukrainian capital have also reported being overwhelmed by the positive reactions they have encountered from members of the public, who have inundated them with offers of free coffee, requests for souvenir selfies, and general words of kindness and encouragement.

This outpouring of affection for police officers would be a noteworthy turn of events in any country. In Ukraine, where the police have long been seen as a symbol of institutionalized corruption, it is nothing short of miraculous.

Why are these new Kyiv cops proving so popular? Their fetching American-style uniforms certainly help, as do the high percentage of photogenic young female recruits, and the general absence of beer bellies. But slick presentation alone would not be enough to win over the notoriously cynical Ukrainian public.

Police personify the dream of a new Ukraine

The popularity of the patrol police reflects the widespread hunger for genuine change in post-revolutionary Ukrainian society. Almost eighteen months since the fall of the Yanukovych regime, the appearance of these cops in Kyiv is the first concrete evidence that a new and better Ukraine is finally beginning to emerge.

For many ordinary Ukrainians, the patrol police have quickly come to personify the hopes and ambitions which drove millions to Maidan, and which have since mobilized the nation in its war with Russia. They have become the face of the new Ukraine, and the guardians of a revolution which sought to defend the basic human dignity of all Ukrainians against a culture of endemic corruption that robbed the country of its self-respect.

Such high expectations can be dangerous. Indeed, the scale of the hype surrounding Kyiv’s new cops makes a fall from grace practically inevitable. Those who wish to resist change will almost certainly target these high-profile police as a way of discrediting the entire reform process. Sooner or later, there will be bribery accusations and other attempts to demonstrate that Ukraine remains as corrupt as ever.

There are bound to be efforts to sully the image of Ukraine's new cops, but the lessons of the patrol police launch are already clear: the Ukrainian public desperately wants to believe in the possibility of a more honest future, and is prepared to give its full support to anyone who can help turn that dream into reality. Ukrainians don’t expect Greek pensions or German salaries overnight - they merely seek the quiet dignity of a country governed by the rule of law.