FORGOTTEN HISTORY: The untold story of how Belgium industrialized Ukraine 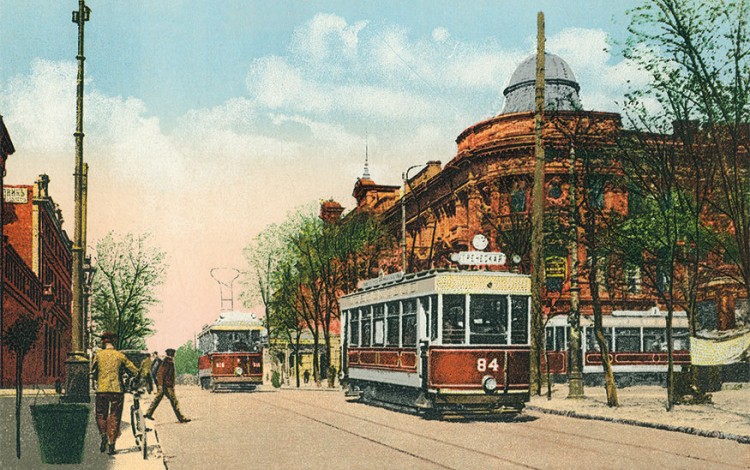 One of the most persistent myths to have survived the Soviet era is the idea that the Bolsheviks industrialized the former empire of the Russian tsars. The Communist regime may have been criminally savage, the cliché runs, but it did succeed in dragging the backward Russian realm into the Industrial Age. In reality, the industrialization of today’s Ukraine preceded the Soviet era by many decades and was largely the work of international investors, with Belgians playing a lead role.

Southeastern Ukraine’s emergence as the industrial heart of the Tsarist Empire began to gain pace in the second half of the nineteenth century following the discovery of significant iron ore deposits in the region. This sparked a rush of industrial expansion and international investment that many at the time likened to the “gold fever” which drew millions of immigrants to California three decades earlier. The region became a magnet for major industrialists and opportunist entrepreneurs from across Europe.

From Brussels to the Donbas

From the very beginning, Belgians played a prominent role in this process. When viewed from a contemporary perspective, the scale of the Belgian presence is remarkable. In the early years of the twentieth century, there were eleven Belgian coal-mining companies operating in Tsarist Ukraine, while 24 individual coalmines belonged to Belgian entrepreneurs. Belgians also led the way in the development of the Ukrainian metallurgical industry. The Dniprovskiy Steel Plant, which was 90% Belgian-owned, was one of the largest in the region and a showpiece of Tsarist industrial achievement from the moment of its foundation in 1886.

Much of the most intensive industrial activity in the region centered on Dnipro, at the time known as Ekaterinoslav. Dnipro’s convenient location on the mighty river that gives the city its name, along with its position close to Ukraine’s ore deposits and coalfields, made it a natural hub for Ukraine’s industrial development. The first metallurgical plant in Dnipro opened in 1887 and relied heavily on financing from French bank Societe Generale. This initial French investment attracted additional French industrialists to the city, leading to the appearance of a range of French-run machine-building factories. A prominent Belgian contingent soon joined this French community. A pair of brothers from the Belgian city of Liege, Charles and George Chaudoir, established a joint stock company in 1889 and rapidly developed three large metallurgical plants in the city. Six years later, a metallurgical society appeared in Brussels to funnel further investment into Tsarist Ukraine. The Belgian capital city soon emerged as a focal point for European investment into the emerging Ukrainian industrial powerhouse.

The Belgian connection to Ukraine grew stronger in 1897 with the creation of the Ekaterinoslav City Railroad joint stock company, which was behind the installation of Dnipro’s first electric tram services. This tram route was a huge novelty at the time and remains a central element of the city’s public transport network today. Belgian companies would also be responsible for tram services in many Ukrainian towns and cities including Kyiv, Kremenchuk, Sevastopol and Odesa. This helped create a legacy that in many cases is still evident today. The tram business eventually grew to be the second most profitable for Belgian companies in Ukraine after metallurgy. It was by far the most publicly prominent aspect of Ukraine’s Belgian ties, with low costs allowing passengers from all backgrounds to take advantage of this affordable and convenient form of public transport.

As the Belgian presence grew, a railway connection was established offering passage from Brussels to Dnipro. This continental route, known at the time as “The Nord Express”, entered service in 1896 and involved a change of trains in Warsaw. The total journey time was 65 hours, but Belgian industrialists could travel in style without leaving their wagons. There was certainly no shortage of potential passengers. The sheer scale of the Belgian presence in Tsarist Ukraine is visible in the number of diplomatic missions established in the country. Prior to the outbreak of WWI in 1914, there were a total of eight Belgian consulates in today’s Ukraine located in Kyiv, Kharkiv, Berdyansk, Dnipro, Mykolaiv, Mariupol, Odesa, and Sevastopol.

For almost a century, official histories tended to overlook the remarkable tale of Belgium’s role in Ukraine’s industrialization. A new generation of Ukrainians are now finally shedding light on this forgotten chapter of Ukraine history as they seek to gain a better understanding of the complex and cosmopolitan origins of the country’s industrial riches. One of the leading lights in this trend is researcher Dmytro Pirkl. Born and raised in the Dnipro region that once served as the hub of Belgian activities in Ukraine, he says his interest was first aroused when he accidentally came across an old stock certificate for an industrial plant in Tsarist Ukraine while browsing in a Parisian flea market during the mid-2000s. He has since amassed an impressive collection of artifacts related to the era and is the co-author of a book on the subject entitled “Steel on the Steppe – the View from Ukraine”, scheduled for publication in French and Ukrainian at the end of 2017. “After the Bolsheviks seized power, information about the Belgian role in Ukraine’s earlier industrialization was whitewashed and became something of a taboo. The Kremlin claimed Ukraine’s industrial achievements for itself and created a conveniently proletarian account that suited the Communist ideology of the time,” he explains.

Mr. Pirkl sees his research as part of a far broader rediscovery process currently underway as modern Ukrainians reclaim their history. He argues that this is an important element of today’s nation-building efforts and says it can help to undo the damage caused by decades of Soviet propaganda that typically portrayed Ukraine in a Russian context while rejecting efforts to establish a separate narrative. “We are only now beginning to discover our own historical narrative, not only in terms political and military history, but also when it comes to culture and the roots of today’s Ukrainian economy. It is important for young Ukrainians to be aware of this industrial heritage, especially given the current focus on European integration. Strong economic ties with Western Europe are actually nothing new for Ukraine.”

Over past ten years, Mr. Pirkl has collected hundreds of documents and photographic evidence of Ukraine’s Belgian industrial heritage. He has worked with Valentyna Lazebnik and Nadia Kapustina of the Dnipro History Museum to present this history to the public, and has been active travelling round the former sites of Belgian industrial activity in the hunt for grassroots relics to add to his collection. He says that while most Ukrainians are still unfamiliar with the extent of Belgian involvement in Ukraine’s early industrial economy, personal recollections from the period have often by passed down from generation to generation. “People are initially surprised when they hear of how active Belgian industrialists were in Ukraine over one hundred years ago, but when I explain the details of the era it often helps to jog memories. Some members of older generations have recalled how their babushkas used to tell them stories of the time when the Belgians lived in their city, for example.”

As part of his efforts to revive interest in the international character of Ukraine’s Tsarist era industrialization, Mr. Pirkl is currently working on a major photo exhibition scheduled to take place at the European Parliament in Brussels in May 2018. He hopes this can contribute to wider recognition of Ukraine’s historic ties to the rest of Europe. “We want people to see the scale of European involvement in our country and its industrial development,” he offers. “Hopefully it will help EU officials to gain a broader understanding of Ukraine’s past and present.”

About the interviewee: Dmytro Pirkl is co-author of the book “Steel on the Steppe – the View from Ukraine”