UKRAINE: THE ROAD TO STATEHOOD

HISTORY: The Romanian who helped lay the foundations for the modern Ukrainian state 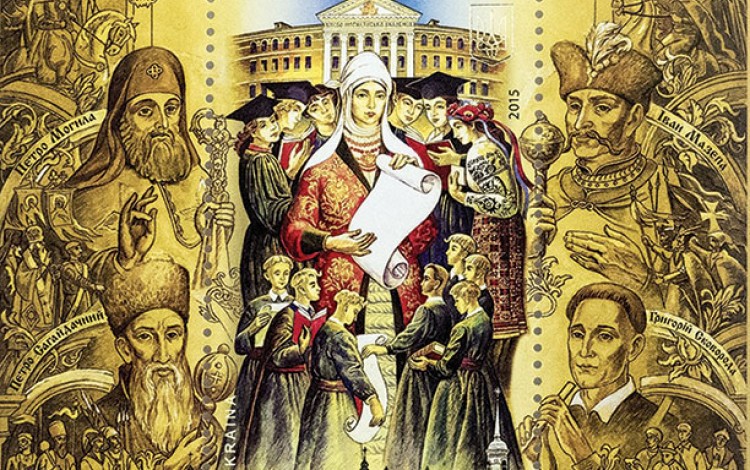 Petro Mohyla was an influential Romanian Orthodox theologian who became Metropolitan of Kyiv, Halych and All Rus in the mid-seventeenth century and played an important role in the development of the Ukrainian Orthodox Church, the Ukrainian language, and Ukrainian national identity on the eve of the great Cossack wars of liberation. His legacy lives on today in the National University of Kyiv-Mohyla Academy that bears his name.

Mohyla was born into an aristocratic family in 1596. He was the son of Simion Movila, who was briefly the ruler of Moldavia at the turn of the seventeenth century. Mohyla spent much of his childhood and formative years living in today’s western Ukraine before arriving in Kyiv and taking up resident at the Kyiv Pechersk Lavra Monastery, where he became involved in the struggle for the spiritual independence of Ukraine. At the time, much of Ukraine fell within the Polish-Lithuanian Commonwealth and Ukrainian Orthodoxy faced huge challenges from Catholic Poland.

He was named archimandrite of the Kyiv Pechersk Lavra Monastery and was subsequently elected as Metropolitan of Kyiv, Halych and All Rus in 1633. Following his rise to the head of the Ukrainian Orthodox Church, Mohyla was able to secure significant religious concessions from Poland. The rulers in Warsaw recognized the Orthodox Church as equal in rights to the Ukrainian Greek Catholic Church. This was just part of his remarkable achievements as the head of the Ukrainian Orthodox Church in the first half of the seventeenth century. His efforts managed to significantly raise the prestige of Eastern Orthodoxy and favorably influence religious developments in Ukraine’s Ukraine’s Orthodox neighbors (including Romanian regions), lending his reform efforts a European dimension. He was against the country moving closer to the Moscow tsars and favored the Latin form of Orthodoxy that was closer to Catholic Poland.

Mohyla is perhaps most widely remembered today as an education innovator. Beginning with the Lavra printing presses, he played a leading role in the development of Ukrainian publishing and was one of the first to publish books in the Ukrainian language. Perhaps most significantly, he founded an Orthodox school in Kyiv organized along the lines of the instruction norms developed by the Jesuit order. Students studied a wide range of subjects including Aristotelian philosophy, Ukrainian, Polish, Latin and Greek. In addition to a diverse curriculum, students also performed various liturgical celebrations and Christian shows. This school then merged with the Kyiv Brotherhood School to form the Mohyla Collegium, which later came to be known as the Kyiv Mohyla Academy. The Academy was one of the first institutes of higher education in the Orthodox countries of Eastern Europe. It has since played an outsized role in Ukrainian history, educating many leading national figures including Hetman Ivan Mazepa and the Ukrainian philosopher Hryhori Skovoroda. Since the Soviet collapse in 1991, the National University of Kyiv-Mohyla Academy has returned to the center of Ukraine’s national narrative.

Myhola’s religious and educational reforms were so far-reaching that observers have given his efforts the title: “The Kyiv Mohyla Movement”. A key idea of this movement was the role of Kyiv as the “New Jerusalem” and the cradle of Eastern Slavic Christianity. Mohyla also paid attention to important Ukrainian landmarks, renovating Kyiv’s iconic Saint Sophia Cathedral in the Baroque style to expand the ancient house of worship first established by Kyiv Rus ruler Yaroslav the Wise in the early eleventh century. The Mohyla Movement left a big impression on the region and is believed to have influenced the European innovations of Russian Tsar Peter the Great, as several of Peter’s leading eighteenth century reformers were educated at the Mohyla Academy in Kyiv.

About the author: Razvan Theodorescu is a member of the Romanian Academy and the former Romanian Minister of Culture and Religious Affairs (2000-2004)