UKRAINE AND THE ESTONIAN MODEL

INSPIRED BY E-ESTONIA: Lessons in successful transition for Ukraine from the Estonian economic miracle 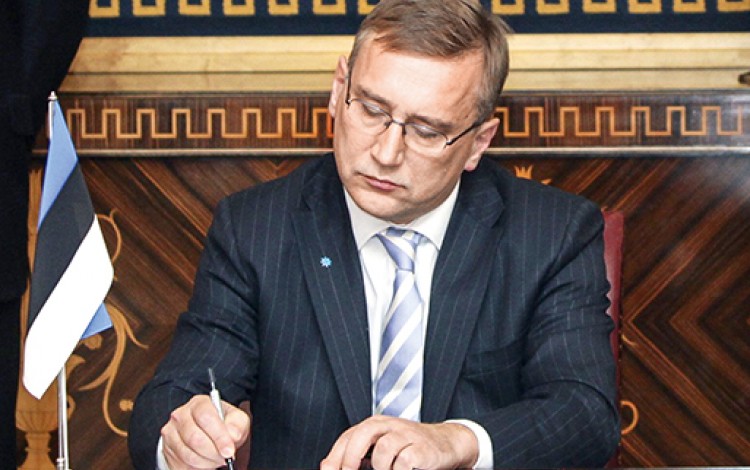 About the interviewee: Juhan Parts is an Estonian MP and former Estonian Prime Minister. He was Estonian PM when the country joined both NATO and the EU in 2004.
Business Ukraine magazine

Poland is widely cited as the nation offering the most useful post-Cold War reform model for today’s Ukraine. But while 1990s Poland appears to offer many obvious similarities in terms of country size, social conditions, and geographical location, there are also important lessons to be learned from transitional experiences elsewhere in the former Eastern Bloc. In terms of Soviet inheritance, the Baltic States offer the most direct comparative success stories.

With the highest nominal GDP per capita in the Baltics, tiny Estonia has emerged over the past 25 years as one of the world’s leading digital innovators. The Estonian government and economy have excelled at harnessing the opportunities presented by the internet, building a savvy national brand around the ‘e-Estonia’ slogan, while also introducing novelties like e-residency and giving birth to global tech brands like Skype.

This knowledge-based approach to post-Soviet transition has obvious appeal for post-Maidan Ukraine, where traditional Soviet–era heavy industries are either cut off by Russia’s hybrid war or becoming increasingly moribund at a time when the high-tech segments of the Ukrainian economy are accounting for a growing share of GDP. Ukraine clearly has the human resources to thrive as a global high-tech leader, but developing the right business climate for an Estonia-style economic miracle remains a formidable challenge. Business Ukraine magazine spoke to Estonian MP and former Prime Minister Juhan Parts about the lessons of the Estonian experience, the challenges of Ukraine’s formidable reform agenda, and the role the EU can play in securing the country’s successful transition.

Wanted: a much more fundamental approach to reform

Like many informed observers of Ukraine’s reform process, Parts sees the need for far greater outside engagement from the country’s international partners in order to overcome what are deeply embedded historic obstacles. Having played a key role in the post-Soviet transition in his own country, he believes current initiatives are not sufficiently broad in their scope or ambition. Instead, Parts advocates a far more comprehensive strategy. “I’m sorry to say it, but the present policies of Ukraine’s European and American partners are too civilized. We need to realize that the situation requires unique solutions if we are to help Ukraine combat corruption. I am not advocating outside governance – that would be too radical. Nevertheless, it is clear that we do not have a sufficiently broad-based approach. Different partners are supporting different reforms in specific sectors – the Americans are involved in the reform of the police service, while the EU is financing reform within aspects of the civil service. However, you cannot cook soup in only one part of the pot.”

Parts argues that Ukraine’s international allies should acknowledge their own mistakes and recognize the need to move the reform agenda to an entirely new level. “We need to address fundamental issues because at present there are no fundamental solutions. The banking system does not work, property rights do not work, and investors are not coming. International investors need to have faith in the long-term future of the country, and this trust can only come from fundamental changes to the rule of law.”

Parts identifies Ukraine’s fledgling party political system as a key priority, pointing to the continuing culture of backroom horse-trading as evidence of dangerous dysfunction. “One reform area to focus on is cleaning up the party political system,” he says. “It is not normal to have the kind of trading that takes place behind the scenes in the Ukrainian parliament. Legislative productivity is low. Everybody knows that most Ukrainian MPs are not working in the interests of the Ukrainian people. This is due to the lack of a functioning party political system, the absence of party political financing regulations, and the lack of a genuinely free and independent media. We Europeans, together with America, need to recognize our huge responsibility for helping to reform this political culture. It is important for us not to make too many compromises because of the war.”

This ‘tough love’ approach would certainly be popular among Ukraine’s outnumbered reformist MPs. The country’s growing but politically underrepresented civil society would also applaud more international pressure – indeed, many senior members of the NGO community have already called on the international community to adopt exactly this kind of tougher stance. However, it is far from clear whether the requisite political will exists within the EU for bigger role in the Ukrainian reform drive. Parts says he has long been aware of cautious attitudes in many of EU capitals towards greater engagement with Ukraine. Despite the sense of urgency created by the Russian hybrid war in Crimea and east Ukraine, this caution remains a significant factor. He describes such hesitancy as ‘sad’, but believes the EU should make it clear to Ukraine that membership is attainable if the country can meet the required standards. “NATO and the EU cannot be closed clubs. Future Ukrainian membership of both must remain a possibility. It is frustrating that some of the older EU member states seem to regard further enlargement as problematic. I do not agree with this at all. Nobody has the right to take the prospect of membership off the table,” he offers, qualifying this optimism by adding, “for the time being, Ukraine should probably concentrate on doing its homework. Nobody can confer membership as a gift.”

Parts was Estonian Prime Minister when his country joined both NATO and the EU in quick succession in spring 2004, giving him unique insight into the processes leading up to these breakthroughs, and also the impact they had on the changes taking place in the country. He says that while the prospect of future EU membership served as a spur for reforms, many of the specific changes required for EU entry matched the country’s broader post-Soviet transformation agenda. “Future EU membership was not initially the main argument for reforms in Estonia,” he recalls. “We were primarily aware of the need to build up our independent state. This meant promoting European values and building up the economy. Most of the goals tied to EU membership also matched our national objective of developing a modern democratic state and economy.”

There are clear lessons here for Ukraine as it attempts to build a genuinely independent and democratic state while also seeking to integrate into existing European structures. The geopolitical circumstances confronting Ukraine are infinitely less advantageous when compared to the environment enjoyed by 1990s Estonia, with Russia incomparably more assertive today than it was in the immediate aftermath of the Soviet collapse. Nevertheless, the Estonian experience still offers a series of pointers for Ukraine as it attempts to follow the Baltic States along the road to Europe. High on the list would be Estonia’s success in creating a competitive business environment capable of attracting foreign investment.

Estonia’s ability to capitalize on the advantages offered by digital technologies has been the headline-grabbing aspect of the country’s post-Soviet transformation. Unsurprisingly, this digital approach serves as a source of considerable inspiration for many within Ukraine’s own reform camp. The Ukrainian high-tech sector is currently one of the strongest segments of the country’s economy, leading many to suggest that it could be an engine for broader change throughout Ukrainian society. E-government offers the potential to become a major weapon in the fight against corruption, as the success of Ukraine’s ProZorro digital government procurement system has already demonstrated. This online approach to the notoriously corrupt field of state procurement is widely cited as evidence that reforms can be successful in post-Maidan Ukraine. Inevitably, there are now calls to replicate this achievement throughout the state apparatus.

Parts acknowledges the transparency and efficiency advantages conveyed by Estonia’s digital revolution, but cautions against attempts to apply individual aspects of the Estonian model to Ukraine in a selective manner. “Estonian e-government is like a big house built on strong foundations,” he explains. “In order for it to function effectively, you must first create these foundations. That means well-kept and integrated government databases. Every citizen must also have a personal electronic identity. Only then will e-government initiatives become a sustainable investment. It is pointless to talk about individual e-government projects in isolation.”

Ukraine will remain in geopolitical spotlight

Parts comes across as a pragmatist in his approach to Ukraine. The former Estonian PM acknowledges the scale of the challenges the country faces, but also believes Ukraine will remain in the geopolitical spotlight for the foreseeable future, despite skepticism towards the country’s reform efforts and growing signs of ‘Ukraine fatigue’ among many of the country’s international partners. “Nobody has forgotten about Ukraine yet. This is a huge security issue for the whole of Europe. Ukraine is likely to be a leading strategic geopolitical theme for the next 50 years. Otherwise, we risk falling back into the imperial politics of the nineteenth century.”

The geopolitical importance of Ukraine’s transition towards European democracy may be sufficient to guarantee the country the continued attention of the international community, but Parts also advises his Ukrainian colleagues against assuming this provides them with a license to ignore their reform commitments. “Ukraine’s current leadership need to understand that they cannot expect to manipulate Western politicians for the long-term,” he cautions. If they heed this advice, he hopes they will receive the EU backing they require. “If Ukrainians want to be part of the European community of nations, the wealthier nations of Europe need to adequately respond to this dream.”