BRAND UKRAINE ON THE GLOBAL STAGE

Ukraine’s low international profile hurts the country’s economy and undermines its diplomacy. It is high time to start focusing attention on improving outside perceptions of Brand Ukraine 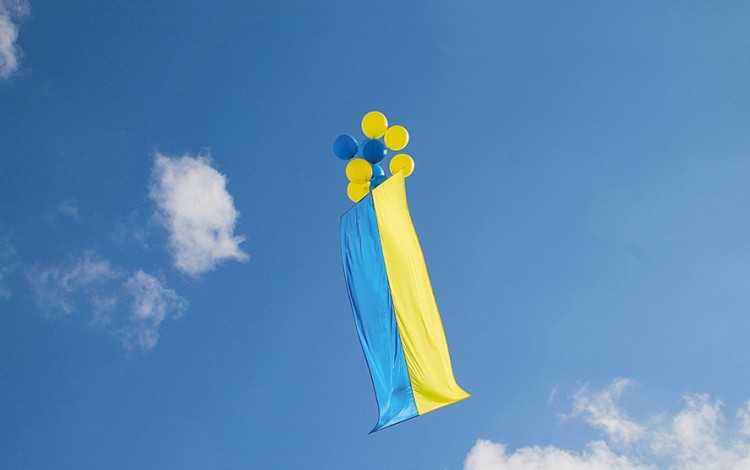 Ukraine’s international visibility is gradually increasing. Three years of revolution and conflict have catapulted the country into the international headlines and introduced Ukraine to hundreds of millions around the globe. This exposure is starting to produce positive results. For example, Ukraine recently ranked as the fourth best-performing brand in the Nation Brands 2016 survey carried out by UK-based consultancy Brand Finance.

Post-Euromaidan Kyiv is now belatedly trying to sell itself on the international stage. For more than two decades following the Soviet collapse, Ukraine had neglected to develop a global brand presence, leaving the country as a grey zone that many outside observers continued to regard as part of Russia.

To make matters worse, today’s Ukraine must now also overcome a concerted Kremlin campaign to portray post-Euromaidan Ukraine as a failed state. This is a difficult task for a cash-strapped country preoccupied with an ongoing hybrid war and a post-revolutionary national transformation. However, an improved image will pay dividends on a wide variety of fronts. It will boost the economy, strengthen international support for Ukraine, and help to consolidate the country’s sense of national identity. The following simple steps are a good place to start.

Everyone is talking about fake news these days, and Ukraine is a world leader in debunking Kremlin fakes. Kyiv should be hosting major international forums highlighting the work of Ukrainian groups like StopFake who have pioneered the art of exposing Russian information war techniques. Likewise, Ukrainian troops have unique experience of fighting against Russian hybrid forces. The country should make a show of sharing this knowledge with the international military community. Ukraine must seek to portray itself as attractive partner rather than a charity case.

2. Invite the World to Ukraine

One of Ukraine’s main problems is the fact that relatively few people have actually visited the country. Almost without exception, those who do come are pleasantly surprised by the charming, attractive, and quintessentially European country they encounter. Bringing more people to Ukraine via things like student exchanges, press tours, and subsidized tourism initiatives is a fast track to improved international perceptions of the country. Word of mouth is the best possible advert.

Ukraine’s government has communication problems. It struggles to get its message out domestically, and this is often doubly true when it comes to international audiences. Different government departments some contradict each other, while important policy explanations all too often get lost due to an unfortunate tendency towards pompous preening and bureaucratic bungling. Ukraine’s international brand would benefit enormously from greater communications discipline among state officials and wider adherence to clear and uncomplicated messaging on key issues.

Despite growing brand awareness, Ukraine continues to suffer from negative associations with everything from poverty-stricken pensioners and prostitutes to Chornobyl and the war with Russia. Efforts should be made to identity positive brand ambassadors and systematically promote them on the international stage. There is certainly no shortage of candidates. Ukrainian designers are the toast of the fashion world. The country’s IT and agriculture sectors can compete at the highest international level. Ukraine has wonderful theatre troupes and contemporary artists. It boasts an inspirational civil society sector that has achieved miracles in recent years and continues to amaze. This new generation of Ukrainian talent needs to become the public face of the country.

Ukraine’s independence struggle is one of the longest in world history. Indeed, for many Ukrainians, the current conflict with Russia is a continuation of this historic quest for genuine national sovereignty. It is therefore perfectly understandable that patriotic Ukrainians should seek to rehabilitate national heroes sullied during past periods of foreign dominance. However, in practical terms, the recent glorification of Ukraine’s atrocity-tainted WWII independence fighters has been a PR disaster that does huge damage to Ukraine’s international brand. In a generation or two, we may reach the point where outside audiences are ready to engage in academic debate over the choices facing those caught between Stalin and Hitler. Until that moment arrives, Ukrainians would be wise to seek out their national icons from alternative eras, or perhaps from among the many heroes of the current conflict.