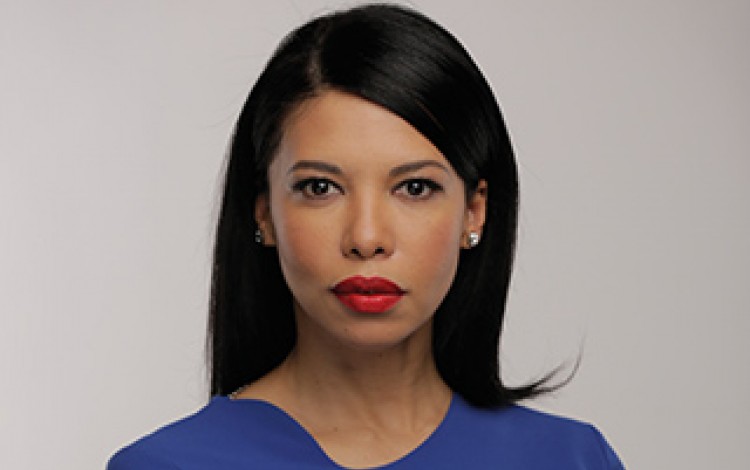 For over a decade, TV presenter Karolina Ashion has been one of the most prominent members of the Afro-Ukrainian community. The stylish celebrity first made her name as a host on the country’s music video channels and currently works as a presenter on 2+2 channel. She spoke to Business Ukraine magazine about her experiences growing up as the only ethnical minority child in the provincial Ukrainian town of Shostka, and her optimism about changing attitudes towards race in today’s Ukraine.

You are one of the most high-profile members of the Afro-Ukrainian community. How have local attitudes towards Afro-Ukrainians evolved during your lifetime?

Growing up as an Afro-Ukrainian in a small Ukrainian town was not easy. As the only child of African heritage in Shostka, I suffered abuse and would often complain to my mother, who would blame it on ignorance and a lack of upbringing on the part of other children. At the same time, I tried not to let these attitudes get me down and always had many Ukrainian friends. Life in those days was dull and I felt cut off from the outside world. I had little understanding of black identity, but at the same time, I was aware of racial issues from a very early age. Whenever I saw a black person on TV – especially during the Olympics – I would feel a sense of extraordinary happiness. Things have improved enormously since then as Ukraine has become more democratic and European. It is much easier to be a member of an ethnic minority in today’s Ukraine.

How conscious are you of being a role model for other Ukrainians with mixed ethnic backgrounds?

I am proud to be a role model for Ukrainians with mixed ethnic backgrounds. Frankly speaking, it is not something I ever anticipated. I first became aware that my TV career might have inspired others when I began to notice a few years ago that more and more Ukrainians from ethnic minorities were becoming involved in the showbiz industry. I cannot say that I have ever consciously sought to be a role model, but I am very pleased if my experience has encouraged others to follow the same path.

Many observers argue that the heightened sense of Ukrainian patriotism over the past eighteen months of revolution and war has led to changing attitudes towards Ukrainian identity. They claim that being Ukrainian is no longer an ethnic or linguistic issue, and people are instead coming to understand Ukrainian identity in terms of civic rights and responsibilities. Would you agree in this assessment?

Yes, I completely agree. I think these changing attitudes towards Ukrainian identity are the product of the current national struggle, which is not about ethnic, linguistic or religious differences. It is a popular struggle for the total emancipation of Ukrainian society. This has given the country a new sense of pride in its national identity, and helped to unite people of different backgrounds.

You were one of the first Afro-Ukrainians to become a showbiz personality in post-Soviet Ukraine. What kind of reactions did you encounter from your fellow showbiz stars?

I have always felt welcome and enjoyed a relationship of mutual respect with my fellow show business professionals. We all know each other personally, and greet each other whenever we meet around town.

What are the key lessons Ukraine can learn from the EU in terms of developing a multicultural society?

The Ukrainian government needs to make sure that minority rights are protected in the country. All Ukrainians should enjoy the same democratic freedoms and have the same access to justice, regardless of their ethnic background or social status. The authorities should promote tolerance in Ukrainian society and champion greater dialogue between people from diverse backgrounds. At present I believe we have a good basis for the development of a more tolerant and inclusive society.