INTERVIEW: Bestselling British author Alex Shaw is on a mission to introduce global audiences to Ukraine

Ukraine is a recurring theme in the international thrillers of former Kyiv expat Alex Shaw. Much of the action in his latest book, Traitors, takes place in Russian-occupied eastern Ukraine 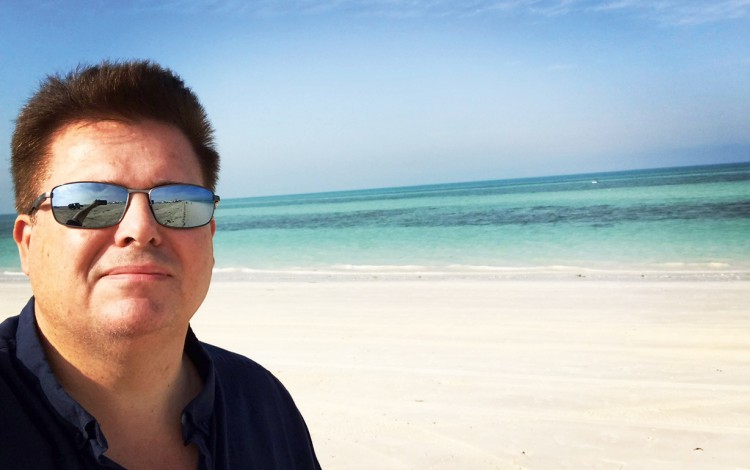 About the interviewee: Alex Shaw is an Amazon bestselling author
Business Ukraine magazine

British author Alex Shaw’s new novel “Traitors” is published this summer. Like his previous five books with publisher HarperCollins, it is an international thriller with a strong Ukrainian flavor. Former Kyiv expat Shaw remains inspired by his time in Ukraine and is one of the few international authors to feature Ukrainian locations and storylines in his novels. He sat down with Business Ukraine magazine to discuss the creative challenges of introducing global audiences to Ukrainian realities.

Much of the action in your new novel Traitors takes place in Russian-occupied eastern Ukraine. Given the obvious obstacles to accessing this region, what research did you do and how confident can you be of achieving authenticity?

I started writing Traitors six years ago. At the time, the conflict was constantly changing. I used newspaper articles and television reports for information and cross-checked them. I balanced this with what I personally knew of Donetsk. I’d been there a few years before, and also relied on my long-term experience of having lived in Kyiv. I spoke to friends in Ukraine for updates and personal points of view and asked for advice on ideas I had. I have tried to make my depiction of events in the Donbas feel authentic. However, as I am writing contemporary fiction and not historical fiction, I have taken some liberties with timelines and events. My aim was to entertain first and inform second. Nobody likes to be force-fed an author’s point of view or their personal beliefs.

What additional challenges do you face as an author writing fiction set in a contemporary context where the situation continues to develop at a rapid rate?

The biggest problem is making the writing feel contemporary. The way I got around this was by creating a snapshot of the Donbas at a particular time. Although I have not mentioned any date in the piece, some readers will inevitably recognise specific events which happened in 2015 or 2016, while those new to the conflict will hopefully feel the setting is contemporary. I have tried to give an overview of the conflict situation rather than create a news report.

The Russo-Ukrainian War is now in its eighth year. Despite being Europe’s only active armed conflict, it has not yet become a prominent theme in international cinema and literature. Why do you think this is?

I think the fact that the conflict is now eight years old has contributed to a degree of Western apathy towards events in eastern Ukraine. Perhaps it could be called conflict fatigue? In some quarters it is being viewed as nothing more than neighbours arguing, but in reality it is anything but. Russia is counting on this waning interest and wants the entire conflict to be forgotten.

In addition, the world has been fixated on battling the coronavirus pandemic for the last eighteen months, with many people focusing on local and national rather than international events. Now that the pandemic is slowing and there is a new administration in the US, I feel that the conflict in Ukraine will once again be highlighted.

Why has the conflict not been more prominent in cinema and literature? It is possible that many creatives fear a potential backlash from Russia, who might label such works as propaganda which could be especially problematic in a commercial setting. Alternatively, it could simply be that works focusing on Ukraine are still viewed as not commercial enough. Whatever the reason, it is something I want to change. Ukraine is a great nation and deserves to be promoted and celebrated on the international stage.

What kind of feedback do you receive from readers regarding the Ukrainian themes and backdrops featured in your novels?

Feedback regarding Ukraine has generally been positive, although a couple of reviews for my earlier books did wonder if I was working for the Ukrainian Tourist Board and complained that I had chosen to use “difficult European names.” Since then, I have selected names that are easier for non-Ukrainian speakers to pronounce. Readers have told me they like to see locations they’ve not visited or, in some cases, not even heard of before, but I do try to also include something familiar in my work to anchor it, usually through a character or theme the reader can identify with.

Ukrainian history is notoriously complex. How do you achieve a balance between providing your readers with the necessary historical background and maintaining the fast pace of your novels?

When I started my career as an author I was guilty of including too much exposition, because I found the subject fascinating, but I’ve learnt that more can be less. A trick I have used is to have a character learning about Ukraine for the first time. That way, any information I include is hopefully organic and not intrusive, but it is a hard balancing act when some of my readers are new to both my writing and my subjects, while others have followed me from the start.

What role can works of fiction like your novels play in raising awareness of Ukraine among international audiences?

Many readers enjoy learning as they read, and many more learn as they read without necessarily realising, and I think this is the key role of any art. By entertaining and exciting the audience, works of literature and film have the power to teach and inform without giving off the impression that they are doing so. If just one reader finishes a book of mine thinking more positively about Ukraine then my job as an author is done.