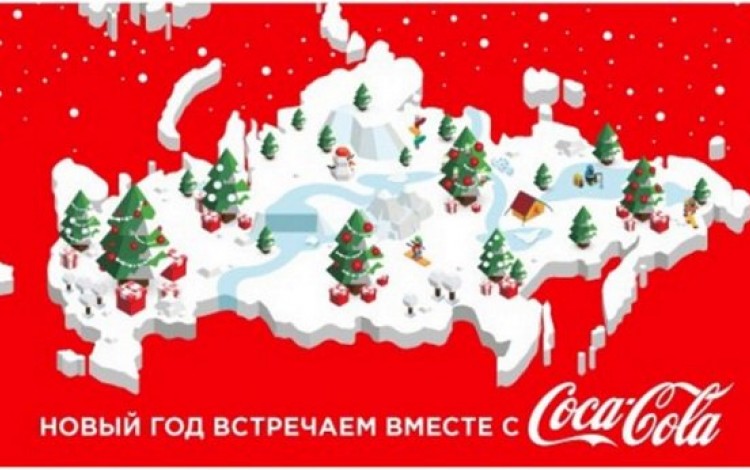 Global soft drinks giant Coca-Cola has provoked anger and dismay in Ukraine by publishing a promotional New Year holiday map which recognizes Crimea as part of the Russian Federation. The map appeared on 5 January and came after an earlier 30 December version omitting Crimea had sparked a flurry of online protests from Russian social media users.

Ukrainians have reacted to Coca-Cola’s apparent acceptance of Russian claims to Crimea by calling for a nationwide boycott of all Coca-Cola products. MP and former journalist Mustafa Nayyem was one of a series of prominent personalities to call for a boycott. The high-profile politician posted on social media: ‘What’s happening in Crimea is an occupation. I myself intend to stop buying (Coca-Cola) products and call on all wise citizens to do the same.’ Others to back the boycott have included former Ukrainian First Lady Kateryna Yushchenko.

Coca-Cola officials moved quickly to defuse the row, removing the offending content and blaming the incident on an advertising agency that allegedly altered the map to include Crimea without Coca-Cola’s approval. In an official statement released on 6 January, Coca-Cola said: “We don’t support any political movements. The company has removed the post and apologizes for the situation.”

This is not the first time a major international brand has found itself in hot water over the inclusion of Crimea in maps of the Russian Federation. Football’s world governing body FIFA was forced to ‘express regret’ in late 2014 following the appearance of a World Cup 2018 promotional video depicting Crimea as part of Russia. A ‘local creative agency’ was blamed for the error.

The Kremlin seizure of Crimea is unrecognized by all but a handful of countries. Russian troops occupied the Ukrainian peninsula in February-March 2014, but it remains part of Ukraine under international law.