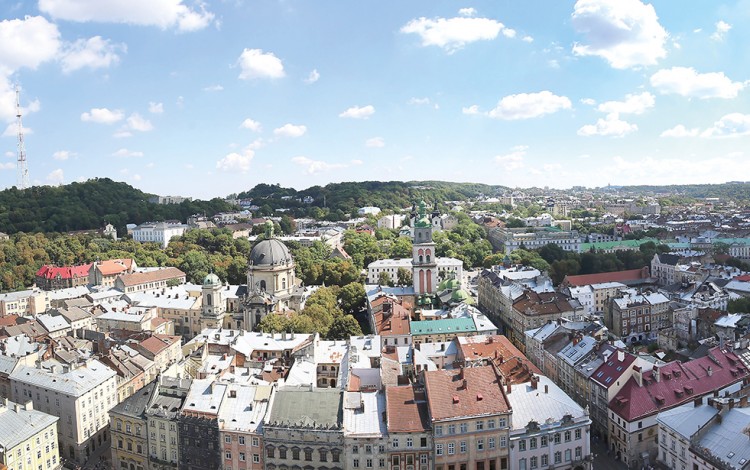 Lviv has emerged over the past 30 years of Ukrainian independence as an increasingly self-confident cultural capital, tourist destination, and tech industry hub
Business Ukraine magazine

Leopolitans have much to celebrate this summer as Ukraine marks thirty years of independence. Throughout the past three decades, Lviv has consistently occupied a leadership role in the country’s historic nation-building progress, and has emerged as a highly promising Central European city in its own right. While most of the landmark events defining Ukraine’s 30-year journey of national revival have necessarily taken place in the capital city, Lviv has consistently been over-represented in the country’s political and cultural life. If Kyiv is the heart of independent Ukraine, Lviv has a strong claim to being the country’s soul.

In many ways, Lviv’s own evolution since 1991 mirrors Ukraine’s broader transformation from the identity crisis of the initial post-Soviet era to today’s increasingly self-confident European nation. Back in the 1990’s, Lviv felt like a half-forgotten fairytale on the distant fringes of a fallen empire. Despite boasting a stunning architectural ensemble, it was a dark and deeply provincial place with an inescapable air of end-of-the-line inertia that clung to the crumbling facades of the city.

During those early years of independence, the romance of Ukraine’s young statehood was still arguably more tangible in Lviv than anywhere else in the country, but this fragile scent of optimism was frequently overwhelmed by the everyday realities of chronic dysfunction and grinding hardship.

The contrast between the Gothic gloom of the 1990’s and today’s Lviv could hardly be starker. The city is now a bright and bustling place, with an unmistakable sense of swagger epitomized by an innovative restaurant and bar scene that regularly attracts approving attention from the international media.

Once an obscure and relatively unknown location, Lviv has become the undisputed flagship of Ukraine’s growing tourism industry and routinely features in reviews of Europe’s most exciting weekend break destinations. Tourists from every corner of globe now flock to Lviv each year, together with a steady stream of visitors from across Ukraine itself.

Creative public holidays and internationally acclaimed events such as the annual Leopolis Jazz Festival have helped raise Lviv’s profile considerably over the past decade, as have one-off events such as the Euro 2012 European football championship, when Lviv served as one of four Ukrainian host cities. Meanwhile, the growing number of Lviv-branded cafes and coffee shops popping up across Ukraine reflect the city’s growing brand value among domestic audiences and strengthening associations with gastronomic excellence.

The Lviv economy slumped heavily in the 1990s with the collapse of Soviet-era manufacturing, but the city has bounced back robustly since the turn of the millennium. In addition to a thriving tourism sector, today’s Lviv plays host to one of Ukraine’s largest IT hubs, which benefits from the city’s large number of leading institutes of higher education.

The investment climate has been boosted by Lviv’s geographical advantages as a convenient gateway to the nearby European Union, with the Polish border around 50km beyond the city limits. This has helped to attract a growing number of international investors to Lviv and the surrounding region. It is no coincidence that, prior to the disruption of the Covid pandemic, Lviv International Airport boasted some of the most impressive passenger growth figures in Central Europe.

Lviv’s transformation is far from over, of course. The city’s infrastructure remains in need of a comprehensive upgrade, while much more could be done by the municipal and national authorities to capitalize on Lviv’s close proximity to the EU and bring international manufacturing investments to the region. Nevertheless, this summer’s jubilee celebrations offer a welcome opportunity to pause and reflect on the huge strides Lviv has made since it first helped propel Ukraine towards independence thirty years ago.