Since 2014, disinformation has played a key role in Russia’s hybrid attack on Ukraine. Ukrainian audiences are now a key battleground in the international fight to improve media literacy and defend against the dangers of fake news 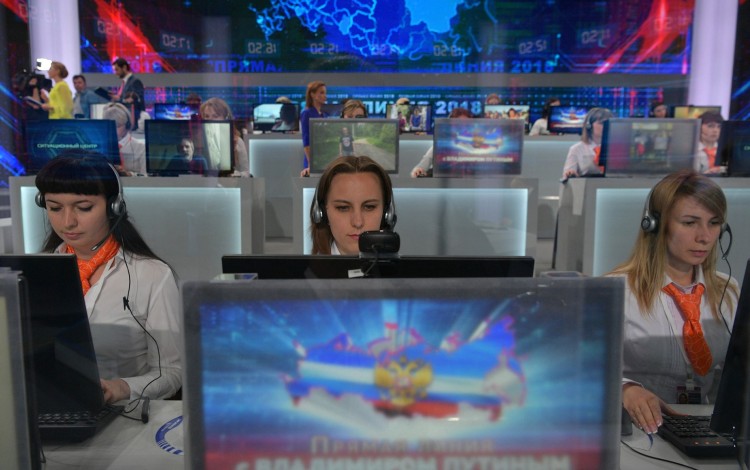 Countering Kremlin TV: the Russian media is a key source of fake news in Ukraine but efforts are underway to improve media literacy among Ukrainian audiences and reduce the threat posed by Moscow’s multimedia disinformation campaigns
Mehri Druckman

Long before “fake news” became a household term around the world, Ukraine found itself in late 2013 on the frontlines of a complex multi-layered disinformation war. Although propaganda has existed for centuries, it has never before been delivered with the same speed, sophistication and reach as it does in today’s technologically interconnected multimedia world. As Vassily Gatov, a researcher of Russian media rightfully noted: “If the greatest battle of the twentieth century was the battle for freedom of information against censorship, then the greatest battle in the twenty-first century will concern the abuse of freedom of information and the use of information as a weapon by authoritarian rulers and aggressive non-state actors.”

In this battle, solutions addressing both the “supply” side and the “demand” side are necessary. This means ensuring a vibrant and independent media environment while also educating citizens to consume information critically. Too often, efforts to counter disinformation tend to focus exclusively on the supply side. Independent media that debunk myths, create fact-based content, and conduct investigative reporting play an essential role in the broader struggle but they cannot win this battle alone. Citizens need to learn how to value good content and they need to know how to identify it within the flood of information constantly flowing at them. This requires the ability to distinguish between fact and fiction.

Global education systems have not evolved at the same speed as technology, leaving citizens poorly equipped to navigate through the diversified new media space we find ourselves in today. At the same time, most people like to think they cannot be manipulated. Sadly, the available evidence suggests this confidence is misplaced. According to Pew Research Center, 23% of US adults have shared a made-up story, knowingly or unknowingly. With the advent of the internet and social media, individual citizens are now “news” outlets themselves, underscoring the importance of training citizens on media literacy techniques so they do not spread false information.

To address this critical issue and with funding support from Canada, IREX created “Learn to Discern”, a media literacy project designed to equip citizens with the skills to distinguish fact from fiction and empower them to make up their own minds about important issues without being manipulated. Traditional approaches to teaching media literacy skills have not evolved with the rapidly changing information space. Today’s media landscape includes disinformation of increasing sophistication. It is often colorful, emotionally charged, and slickly packaged in different formats. Together with our partners at the Academy of Ukrainian Press and StopFake, we set out to create a new media literacy curriculum to address these challenges and provide very practical skills that change how people consume media and absorb information in their daily lives. The objective of the Learn to Discern initiative is not to tell people what to read or watch, but rather to teach them how to consume information wisely. It is all about introducing healthy media consumption habits, so that the next time participants have a strong emotional reaction to something they read, they will pause before pressing the “share” button and ask themselves: who is benefiting from this and who wants me to have this level of emotional reaction?

Learn to Discern’s methodology encourages critical self-reflection and behavior changes, not simply academic exercises to dissect news articles. It takes into account three critical factors that influence how people consume information today. Firstly, avoiding emotional manipulation. In the Internet age, emotional manipulation through media has significantly worsened. Gone are the days of easily verifiable media ownership when a few professional outlets produced content. Today’s market is clogged with chatbots, trolls and online memes that are designed to create confusion, chaos and scandal. IREX has found that most available media literacy courses, by and large, fail to address this evolution and are not properly equipping citizens with techniques for recognizing their own emotional reactions so that they can read and consume news more critically.

Secondly, we set out to teach audiences how to watch rather than what to watch. Consumers now pick the format of media such a TV, radio, podcasts and social media that best fits their lifestyle. It is virtually impossible to encourage people to restrict their information consumption to specific news sources known to be more credible. At the same time, because of the cognitive shortcuts we all use such as confirmation bias, people choose news based on what supports their preexisting opinions and values. Therefore, media literacy training cannot realistically hope to tell people what to consume, but it can train them on how to consume regardless of what type of media people chose.

The third key objective is to adapt to diverse media consumption habits. Different segments of audiences get their information in very different ways. Some listen to the radio, some watch TV, some get news through social media and podcasts. How disinformation manifests itself looks different in each of these formats, so media literacy training must be tailored to different groups of people or it simply will not be relevant to an individual’s media consumption habits.

Over a nine-month period, we trained over 15,000 people in 14 eastern, southern and central regions of Ukraine. The Learn to Discern initiative reached people of all ages, genders, and professional backgrounds through peer networks. Ninety-one percent of those who underwent training reported sharing their media literacy skills with an average of six friends, relatives or colleagues, expanding the training’s indirect impact to 90,000 people.

Person training was complemented by a Learn to Discern video game and distance learning course to ensure that the project reached an even wider range of audiences. At the same time, IREX launched a public service announcement calling for responsible, deliberative information consumption while drawing an analogy to checking the ingredients on a nutritional label when we purchase food, which reached 20.7 million people.

In late fall of 2017, 18 months after the project ended in Ukraine, we evaluated the long-term impact of the program using a stratified random sample of 200 participants and comparing the results to a 200-person control group matched for gender, age, region, and education level. The results showed that Learn to Discern participants had statistically significant higher levels of disinformation analysis skills, greater knowledge of the news media environment, and a stronger sense of agency over the media sources they consumed. Importantly, they were also more likely to consult a wider range of news sources. Compared to the control group, L2D participants were 28% more likely to demonstrate sophisticated knowledge of the news media industry, 25% more likely to self-report checking multiple news sources, and 13% more likely to correctly identify and critically analyze a fake news story.

Currently IREX is adapting the Learn to Discern methodology for use in other countries around the world that are at high risk of disinformation tactics. In Ukraine, with the support of the embassies of the United States and United Kingdom, IREX is now integrating the Learn to Discern methodology into 50 schools in the cities of Ternopil, Chernihiv, Mariupol and Dnipro so that the next generation of Ukrainians is better equipped with skills to avoid becoming victims of disinformation manipulation.

About the author: Mehri Druckman is Director of Programs at IREX Ukraine