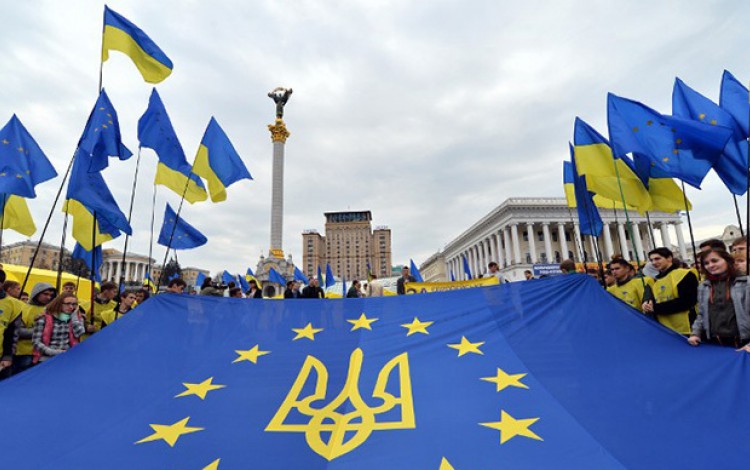 Ukraine's post-Maidan awakening has been rooted in the embrace of European values, but critics have accused the new Ukrainian authorities of covering up troubling aspects of the country's past in order to foster a stronger sense of national identity
Andriy Kohut

In May 2016, Foreign Policy magazine published an article by Josh Cohen, a former employee of the US State Department, titled: “The Historian Whitewashing Ukraine’s Past”. Although Mr. Cohen’s criticisms of Ukraine’s archive policies are, in my opinion, a mixture of slander, speculation, and unfounded fears, Foreign Policy magazine never responded to my letters and did not explain why they would not publish my response. Nevertheless, I believe the allegations contained in Mr. Cohen’s article demand a response.

The historian accused of cleansing Ukraine’s past of undesirable episodes is Dr. Volodymyr Viatrovych, head of the Ukrainian Institute of National Remembrance (UINM). However, despite the seriousness of the charges made against Dr. Viatrovych, Mr. Cohen’s article is notably short on both facts and evidence.

Mr. Cohen claims the UINM has already received millions of documents from the former Soviet archives. In reality, this is simply not the case because the archive is still at the launch stage of its development. Moreover, Mr. Cohen writes that the archives were “handed in” to Dr. Viatrovych, which is not correct, as the State Archival Service of Ukraine is the government body with authority over the archives. This service is subordinate to the Ministry of Justice of Ukraine - not the UINM headed by Dr. Viatrovych.

Dr. Viatrovych is a well-known historian who previously held the position of director of the Security Service of Ukraine (SBU) archives until 2010. Importantly, while in that post he was the first person to ensure equal and unhindered access to Soviet era documents. He also performed the invaluable preparatory work necessary to make these documents publicly accessible.

This transparency was not always popular. When Viktor Yanukovych became President of Ukraine in 2010, the new head of the SBU overturned the previous policy of permitting open access to archives. Instead, he began exerting pressure and launched criminal cases against historians studying Soviet repression and Ukraine’s national liberation movements.

Since the change of government in 2014, the archives have once again been open to the public. It was therefore surprising to read in the Foreign Policy article that access to SBU archives is currently being circumscribed and censored.

Mr. Cohen’s fears that archival documents are at risk of destruction are also unfounded - all Soviet documents remain the property of the National Archive Fund. Destroying any documents is strictly prohibited under any circumstances. Indeed, archive documents are subject to periodical audit, with a criminal investigation launched if any documents are missing.

Mr. Cohen’s repetition of unsubstantiated claims about censorship and the destruction of archives is not supported by factual evidence and appears designed to present Ukraine as a lawless country. In reality, Ukrainian legislation on de-communization has opened access to former Soviet and KGB archives for both foreign and Ukrainian researchers.

In addition, the SBU archive participates in joint research projects with six countries - Poland, the Czech Republic, France, Germany, the USA and Israel. Unfortunately, none of the American, European or Russian researchers who have worked in the SBU archives made it into Mr. Cohen’s article.

This lack of balance is symptomatic of the entire article. Mr.Cohen does not attempt to be objective or offer an even-handed account by including those who are critical alongside academics who are supportive of the opening of the archives and the broader de-communization process. Instead, he only cites critics.

Mr. Cohen could have found reputable opponents of Ukraine’s archive policies and then balanced these comments with Ukrainian or foreign researchers who have worked with the archives and have not faced any alleged problems of “censorship,” the “whitewashing of archives” or the notorious charge of “rewriting history”. For example, Dr. Taras Kuzio, a well-known British political scientist currently with the University of Alberta, worked in the archives this year researching Soviet repression against dissidents and KGB operations against the Ukrainian diaspora. Dr. Kuzio has nothing but praise for the archive.

There are also question marks over the credentials of the people Mr. Cohen did choose to quote. One of the critics featured in the article is Stanislav Serhiyenko. Although described by Mr. Cohen as an ‘historian’, he is unknown within the Ukrainian academic community. Mr. Serhiyenko is in fact a left-wing activist and student at Kyiv-Mohyla Academy. This resume is hardly grounds for Mr. Cohen to cite him as a reputable critic.

It remains unclear why a reputable American publication would publish a subjective and poorly researched article such as that by Mr. Cohen, who obviously collected ‘facts’ to match a prejudged critical conclusion. Mr. Cohen’s article is an example of the manipulation of facts together with exaggerated hyperbole and outright false assertions. It is a shame the publication’s editors did not identify these problems prior to accepting the article.

Towards the end of his article, Mr. Cohen claims Ukrainians should try to overcome the “dark parts of our past” if they seek to integrate into Europe. This is something I can wholeheartedly agree with.  Nevertheless, Mr. Cohen fails to understand that this is a long historical process in itself. Even advanced and mature democratic societies like Britain and France have only relatively recently been able to address the often brutal realities of their colonial past. The process in Ukraine is particularly complex due to the sheer scale of the suffering the country experienced during the totalitarian twentieth century, when it was arguably the primary victim of both Stalin and Hitler.

Nevertheless, today’s Ukraine is moving in the right direction. One important way in which Ukrainians are facing up to the often painful realities of their own history is by permitting open access to the hidden pages of the past found in the Soviet archives. This openness has led to fruitful research, publications and the growth of dialogue.

De-communization, similar to de-Nazification in post-World War II Germany, is a central requirement for countries that have experienced totalitarian dictatorships. It allows them to heal historical wounds and assists in their democratization. Dialogue is an important part of this process, but this dialogue must be honest and accurate. Mr. Cohen’s article fell short on both counts, making it a step backwards and an unwelcome contribution.

About the author: Andriy Kohut is the Director of the State Archive of the Security Service of Ukraine