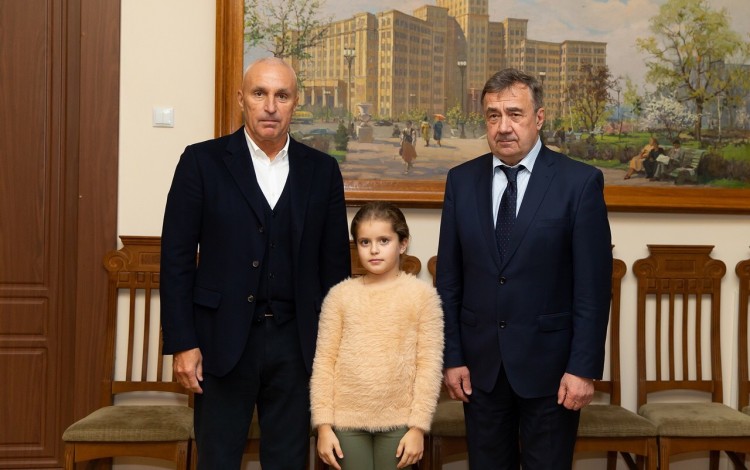 “You join a long list of illustrious holders of the title Honorary Doctor of Kharkiv National University including Goethe, Ivan Franko, Hrushevsky, and Paton. Let me thank you again for your many years of fruitful cooperation with the university,” read the address from university rector Vil Bakirov to Yaroslavsky. He also noted that the university was enjoying an increase in international prominence, having featured in the 2018 edition of the annual World University Rankings identifying the top 500 institutes of higher education.

This was not Yaroslavsky’s first honorary doctorate. He previously received a similar honor from the Kharkiv National University of Urban Economy in recognition of his contribution to the regional economy. Yaroslavsky has invested more than USD 1 billion into projects in the Kharkiv region, including in excess of USD 300 million in order to finance Kharkiv’s preparations to serve as a host city during the Euro 2012 football championship.

Earlier in October, the DCH Group owner met students at Karazin Kharkiv National University. In order to underline the importance of a good educational foundation in life, he came accompanied by his own daughter Katerina. Karazin Kharkiv National University and DCH Group have a strategic cooperation agreement in place and Yaroslavsky invited both undergraduates and academics to join his efforts to develop Kharkiv Tractor Factory. He also spoke about the importance of education. “Without education you will not reach your full potential. It is the key to everything, which is why I brought my daughter along with me today. I wanted her to imbue the centuries-old tradition of academic inquiry within this university.”

Yaroslavsky’s DCH Group has a long record of collaboration with Kharkiv’s leading institutes. The Megapolis Technology Transfer Center backed by DCH Group opened on 20 April 2018. It aims to promotion the development of technological and socially innovative ideas along with their implementation in the private sector. Meanwhile, DCH Group and Kharkiv Tractor Plant have signed strategic partnership memorandums with Karazin Kharkiv National University and Kharkiv Ploytechnical Institute.