President Zelenskyy wants to transform Ukraine’s most infamous site into the country’s biggest international tourist attraction – but can Chornobyl cope with a sharp rise in visitors? 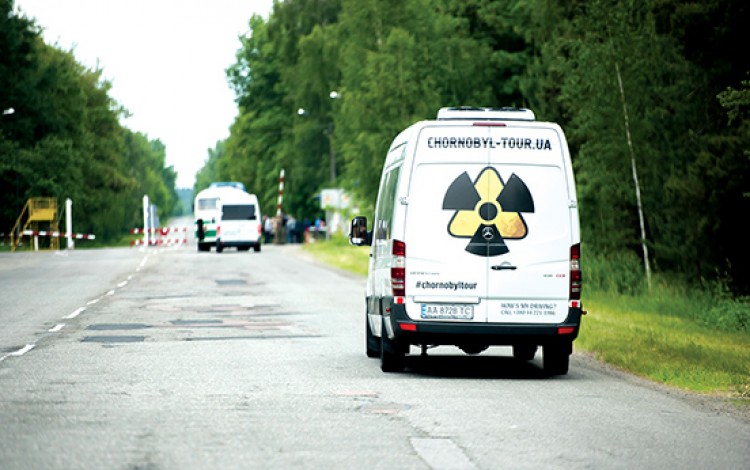 The stunning success of the recent HBO TV series “Chernobyl” has thrust the 1986 nuclear disaster in Soviet Ukraine back into the public eye. The five-part miniseries received unprecedented critical acclaim and won millions of fans around the globe, leading to predictions that it would generate a new wave of tourism to Ukraine as viewers seek to gain first-hand experience of the sites associated with the tragedy. Can Ukraine now seize this opportunity to boost the country’s tourism industry, while at the same time highlighting the progress made since the dark days of Soviet totalitarianism that so captivated HBO audiences?

Ukrainian President Volodymyr Zelenskyy certainly seems to think so. He recently unveiled a Chornobyl Development Strategy that aims to transform the somewhat ramshackle tourism industry around the disaster and turn it into a world class “tourism magnet.” This would include a comprehensive upgrade of tourism facilities and the creation of new routes throughout the site. “We must give this territory new life," explained President Zelenskyy while outlining his vision for the development of the exclusion zone. “Chornobyl has long been a negative part of Ukraine’s brand. It’s time to change that.”

At this early stage, evidence of an HBO-induced Chornobyl tourism boom remains limited and largely circumstantial. Broadcasts of Chernobyl series episodes in May and June 2019 coincided with a slight spike in online flight searches for Kyiv, while the Ukrainian capital city’s tourism promotion agency has announced that they expect the number of people visiting the Chornobyl site to reach 100,000 this year, compared to 72,000 in 2018.

Sergii Ivanchuk, who owns Chornobyl tourism company SoloEast, told CNBC that he has received around 40% more bookings and inquires for the 2019 summer season than for the same period one year ago. Other tour operators report similar upward trends. However, at this stage, the strongest indication of heightened interest in Chornobyl tourism is probably to be found the flood of media reports on the subject appearing in the international press since the HBO show went viral.

The very concept of Chornobyl tourism has long been the subject of heated debate within Ukrainian society, with critics regarding it as inappropriate to turn the scene of the world’s worst nuclear disaster into a novelty vacation destination complete with kitsch souvenirs and quirky photo opportunities. These ethical issues have reemerged recently as international media attention has focused on the Chornobyl tourism industry, particularly when risqué photos of visitors posing in various states of undress began appearing on social media. At one point the creator of the HBO show, Craig Mazin, felt obliged to join the online discussion surrounding the ethics of Chornobyl tourism. Mazin’s tweet on the subject called for tourists to behave in a manner befitting the site of a human catastrophe: “If you visit, please remember that a terrible tragedy happened there. Comport yourselves with respect for all who suffered and sacrificed,” he posted.

For some Ukrainians, the idea of actively promoting the country’s Chornobyl associations may also seem counterproductive. Ever since gaining independence in 1991, Ukraine has struggled to emerge from the Soviet shadows and project itself on the global stage. In this context, the fact that international audiences tend to know little about Ukraine beyond Chornobyl has often been cited as an example of the country’s broader image problems. While this remains an issue, the popularity of the HBO series has helped convince many that Ukraine should now seek to capitalize on Chornobyl’s global notoriety.

Outgoing Ukrainian MP Anna Romanova, who recently came to the end of her five-year term in parliament, is a tourism expert who is part of the team working on President Zelenskyy’s Chornobyl Development Strategy. She believes renewed tourist interest in Chornobyl could serve as an opportunity to challenge prevailing international stereotypes about Ukraine and change outside perceptions of the country as a whole.

As the head of the Ukrainian parliament’s Subcommittee on Tourism Development and Resorts for the past five years, Romanova has been at the forefront of efforts to attract international visitors and improve the country’s tourism appeal. She argues that upgraded Chornobyl tours could help to illustrate how far Ukraine has come since the end of the Soviet era. “The entire exclusion zone is like a giant museum of the Soviet Union and the Cold War,” she says. “Visitors can see the propaganda slogans still hanging on the walls and adorning buildings. They can get a feel for the way people used to live in the USSR, and then they can compare this to the modern, vibrant life of today’s Kyiv. It is a rare chance for us to show the world how much Ukraine has changed.”

Romanova’s message of post-Soviet transformation is particularly pertinent given the defensive indignation the HBO series has provoked inside neighboring Russia. While many Russian commentators have conceded that the show was startlingly accurate, stuffy official responses have served to highlight the difficulties modern Russia still faces when forced to address the grim realities of the Soviet past. As if to underline the point, the Kremlin has reportedly commissioned a rival TV series that will feature an imaginary CIA agent as the arch-villain of the plot, with the American scheming to destroy the nuclear reactor at Chornobyl while blameless Soviet officials struggle valiantly to save the day. This culture of denial is emphatically absent in contemporary Ukraine, where filming for the HBO series took place at a number of Kyiv locations with official blessing.

Being open about the past is not enough, says Romanova. She argues that Ukraine must upgrade virtually every aspect of the Chornobyl tourism industry if it wishes to create the right impression among international visitors. To illustrate the need for a major overhaul, she points to her own recent first-hand experience as a tourist. During a June 2019 trip to the exclusion zone as part of a regular tour group, the MP found herself waiting in line for several hours at checkpoints that she describes as reminiscent of rudimentary international border crossings. In order to pass through, visitors had to present their documents and undergo various security checks. The parallels with Soviet-era bureaucracy were not lost on the international tourists in her group, she notes.

According to Romanova, much of the current Chornobyl tourism infrastructure dates back to the 1990s and is long overdue an upgrade. While continued security measures are an inevitable aspect of any expanded Chornobyl tourism industry, she backs plans that would see the number of checkpoints expanded and facilities radically improved in order make entry to the exclusion zone as quick and convenient as possible. An integrated electronic ticketing system would streamline access while also greatly reducing the potential for corruption.

Regulation of Chornobyl tourism service providers also requires attention. At present, just five tour operators have permits to take visitors into the Chornobyl exclusion zone. This is clearly insufficient to handle the anticipated increases in tourist numbers, with operators already finding themselves forced to turn away potential customers due to a lack of additional capacity.

Meanwhile, there is a specific shortage of English-language tour guides with the requisite specialist knowledge to offer visitors an informative experience. The language issue is particularly relevant because the vast majority of Chornobyl tourists come from Western countries. Two-thirds of the 72,000 visitors in 2018 were foreigners, with the top ten nationalities being English, German, Dutch, Polish, Czech, American, Swedish, Slovak, French and Australian. This preponderance of Western visitors makes the Chornobyl site exceptional in today’s Ukraine, and means that any positive impressions created during visits will have a better chance of reaching strategically important audiences throughout the Western world.

Romanova believes that if Chornobyl’s tourism potential is suitably developed, it could attract an additional one million visitors to Ukraine each year and generate in excess of USD 1 billion annually. The scope for further development is indeed huge. In addition to the site of the disaster and the nearby abandoned ghost town of Pripyat, the entire exclusion zone is now a unique nature reserve that offers a world of potential tourism opportunities. Current plans call for the introduction of river cruises and green corridors, while there is also ambitious talk of eventually hosting international concerts and major cultural events. “It is a tourism magnet that we must make the most of,” says Romanova, echoing President Zelenskyy’s own assessment. “If it is handled correctly, the Chornobyl tourism industry can become a big win for Ukraine’s economy and for the country’s international image as a whole.”