IRI 2017 survey results: positive local reform indicators stand in sharp contrast to prevailing national mood of pessimism over the slow pace of central government progress in the fight against corruption 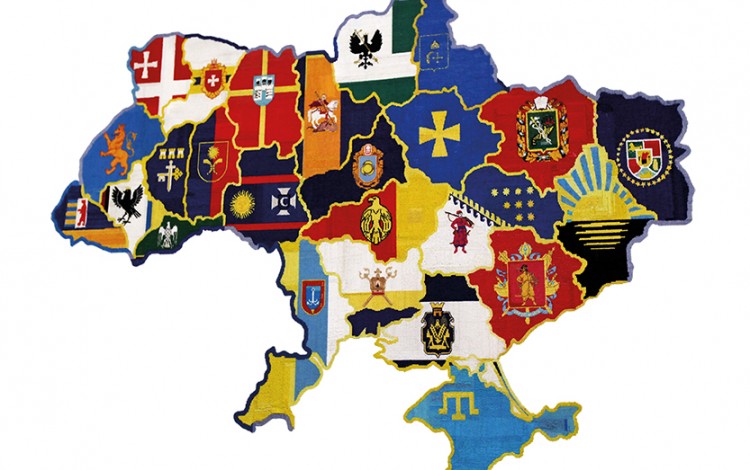 Are things finally looking up in Ukraine as it struggles to match the reform expectations of the 2014 Revolution of Dignity? While substantial challenges remain, a recent nationwide municipal poll conducted by the International Republican Institute (IRI) indicates clear progress on reforms at the local level, despite continuing pessimism on the national level.

The poll, made possible with the support of the Government of Canada, is the third annual nationwide municipal survey of its kind carried out by the IRI. It draws from a sample of more than 19,000 respondents from 24 Ukrainian cities representing oblast centers across the country, including Mariupol and Severodonetsk close to the frontlines in the east Ukraine conflict zone.

With so much attention focused on Ukraine’s national political and economic ratings, this regional municipal survey provides a rare and enlightening below-the-surface look at the issues and political developments impacting the largest regional cities in Ukraine, including those on the contact line with Russian-backed forces. The results are as striking as they are surprising. Despite the fact that the full legislative package of decentralization measures has not yet been implemented across the country, it seems the decentralization processes that have begun are already having a positive impact on local Ukrainian communities.

Comparisons with the results of previous years highlight evidence of changing attitudes towards local government throughout Ukraine. Approval ratings for local authorities have increased significantly year-on-year. Growing support for city mayors was one the biggest changes, with the figure rising from 14 percent in 2015 to 49 percent in 2017. Similarly, city councils rose to 25 percent, while even the less visible municipal executive committees saw a seven-point increase in public approval (from 25 percent to 32 percent) over the past three years.

Public views of city services are also on the upswing. Levels of satisfaction among residents towards a selection of 22 municipal services ranging from water delivery to public transportation increased in the overwhelming majority of cities surveyed. Over the past three years, a majority of cities have improved their composite indicators of the quality of public goods and services, as well as the overall level of satisfaction with the interaction between citizens and local authorities. This rise in public satisfaction appears to coincide with the devolvement of responsibilities to mayors and city councils, indicating that decentralization is helping to deliver better results for the Ukrainian people.

Evidence of improved attitudes at a local level contrasts sharply with continued pessimism towards the national situation. In more than half of the cities surveyed, the proportion of respondents who think things are headed in the right direction has increased since IRI’s first nationwide survey in 2015. Nevertheless, a clear majority across the board still feel that Ukraine as a whole is moving in the wrong direction.

While a substantial portion of respondents continue to rate corruption as a major issue in their cities, the proportion of people citing corruption as a significant problem has fallen by a minimum of 10 percentage points across all cities surveyed. These figures represent a gradual decrease in the perceived severity of corruption at the local level over three consecutive years. This suggests greater accountability among regional officials and a sense of growing trust among the public.

These perceptions of localized progress in the fight against corruption present potentially interesting opportunities for investment attraction. While corruption continues to be a top concern at the national level for Ukrainians and a consistent barrier to international investment, many regional cities are taking the lead in marketing themselves to investors and working with international partners to overcome negative perceptions of Ukraine at the national level.

The cities of Uzhgorod, Lutsk, Vinnytsia, Kharkiv and Mykolaiv all showed the strongest levels of support for efforts by their respective city authorities to increase investment in their communities. The fact that cities in the west, east and south of Ukraine all received positive feedback from local residents for these investment attraction efforts at time when the country continues to face serious challenges is a significant achievement. These results also demonstrate that proactive efforts to woo investors are not restricted to a handful of Ukrainian cities in the far west of the country bordering the European Union. Instead, these efforts represent what can be termed as a genuinely nationwide improvement by municipal authorities. It is also worth noting that this is something local communities both welcome and value.

Beyond the EU Border Zone

In Mykolaiv, a combination of a new local development agency and civic advisory working groups are currently marketing the city to investors and coordinating international investment projects. These efforts are particularly important in regions like Mykolaiv because they are located further away from Ukraine’s EU border zone. Cities in southern and eastern Ukraine have to do much more to keep up with the natural advantages that western Ukrainian cities possess thanks to an attractive and increasingly open new market situated next door in the EU.

Mykolaiv is a good example of the contribution local investment initiatives can make towards improving municipal government. This large southern Ukrainian city has a population of around half a million. It is a place where the relics of a once active Soviet-era ship building industry sit vacant and rusting, depriving many locals of former employment opportunities. Drawing on the confidence and support of local residents to pursue city re-branding initiatives is a good way to maintain engagement. It will also help to attract investors to new and attractive economic sectors such as logistics and luxury yacht servicing. This will help the city authorities to keep up the momentum required to govern effectively.

Now more than ever, it is vital for Ukraine’s regional and municipal officials to seize upon the progress that has already been made locally in order to continue the decentralization process and deliver even better results for their cities. Thanks to decentralization, it is no longer accurate to blame Kyiv for every budgetary shortfall, or for the inability to take action on repairing or updating any given municipal service. Continued education and sharing of best practices among both elected and unelected officials at the municipal level will be critical in continuing to deliver improvements. This will not only benefit local residents. Ultimately, it could serve as a crucial component in delivering a better future for the country as a whole.