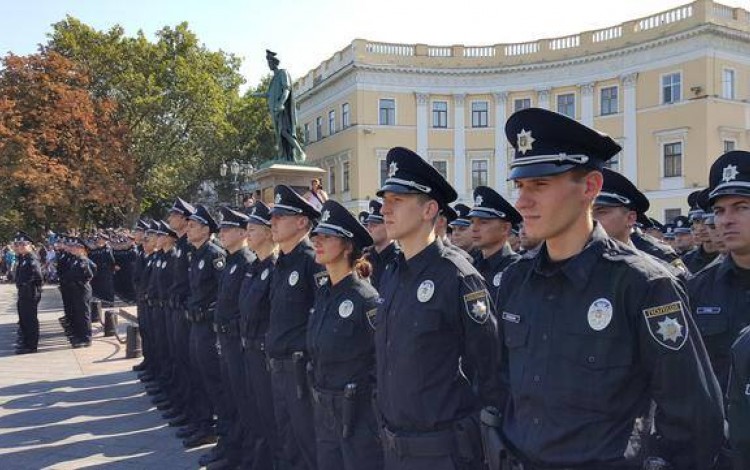 Ukraine’s law enforcement revolution is set to gain pace during the autumn months, with new patrol police services set to be recruited and rolled out in 20 more Ukrainian cities. In late August, Ukrainian Interior Minister Arsen Avakov confirmed plans to add 20 Ukrainian cities to the nationwide patrol police project, with the list including east Ukrainian cities such as Mariupol, Slovyansk, and Kramatorsk, all liberated from Russian occupation in summer 2014.

The patrol police project is a flagship initiative designed to serve as the public face of the Ukrainian government’s post-revolutionary reformist efforts. So far, patrol police services have been unveiled in Kyiv, Lviv and Odesa. Patrol police officers will take to the streets of Kharkiv in late September.

Ukraine’s patrol police initiative has been strongly backed by the US and the EU, with America providing trainers to help prepare the new recruits for their duties. This international aspect has been further underlined by the striking appearance of the patrol police officers, who are dressed in stylish uniforms that bear a close resemblance to those worn by New York police officers.

The launch of Ukraine’s new-look cop service has generated a considerable stir, thanks in large part to those striking uniforms, and the fact that the vast majority of recruits are young and highly photogenic. There has been significant public and media attention both in Ukraine and internationally, with much of the coverage centering on the positive PR aspects of this eye-catching new police service. A number of TV shows have sprung up in Ukraine to follow the day-to-day travails of Kyiv’s new cops, while Ukrainian social media pages have been flooded with selfie photos featuring obliging patrol police officers.

FROM CORRUPT COPS TO SEXY SELFIES

The contrast with Ukraine’s existing militia law enforcement service could hardly be more pronounced. For the past few decades, the militia has been one of Ukraine’s least trusted public institutions, regarded by many ordinary Ukrainians as a byword for corruption and graft. The stereotype of the average militiaman was of an overweight, shabbily dressed and uncouth man who was more likely to bully you for bribes than to actually fight crime.

The Ukrainian authorities clearly had this negative stereotype very much in mind when they began recruiting for the new patrol service. A remarkably high number of the new recruits boast Hollywood good looks and trim physiques. Meanwhile, around 25% of all new recruits have been female, creating a completely new gender balance within Ukrainian law enforcement.

FACE OF THE NEW UKRAINE

These new cops are supposed to be immune to the culture of corruption that has plagued Ukrainian law enforcement since 1991. This alleged resistance to bribery is the result of higher-than-average salaries of around USD 400 per month – a move designed to incentivize the new police to resist temptation. So far, these higher salaries, together with the media frenzy and outpouring of public goodwill that have accompanied the launch of the new service, have succeeded in preventing Ukraine’s patrol police from falling short of expectations. Instead, they have proved a big hit in all of the cities where the service has so far been launched, and have succeeded in generating a sense of reformist momentum which has been largely absent since the Euromaidan Revolution ended in early 2014.

The real test will be over the coming months as the media spotlight moves elsewhere and the honeymoon period with the Ukrainian public gives way to more mundane concerns. As the face of the new Ukraine, Ukraine’s patrol police officers carry a huge burden of responsibility. With 20 more cities set to get new cop services this autumn, the ability of these policemen and women to influence the national mood will only grow.