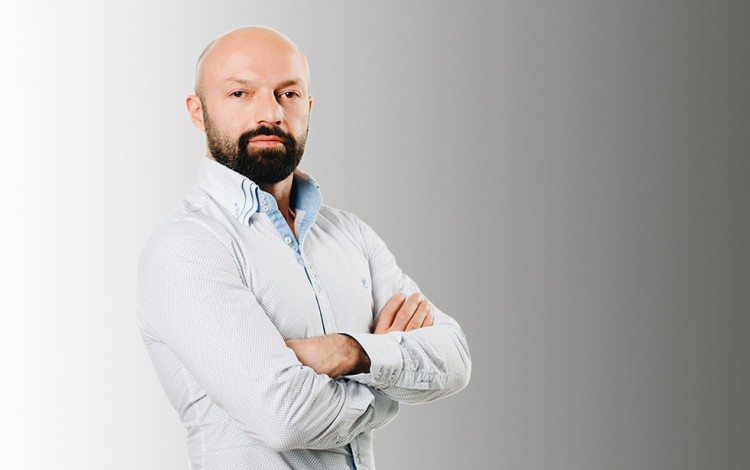 About the interviewee: George Arveladze is the President of the American University of Ukraine
Business Ukraine magazine

As the 2016 academic season got underway in the Ukrainian capital, work was continuing in Kyiv’s Syrets distinct on an innovative new private university that is set to welcome its first undergraduate intake in a year’s time. Located on the territory of a former Soviet-era integral microchips plant, the American University of Ukraine will open in September 2017.

The project is the brainchild of former Georgian Economy Minister George Arveladze, who served as an MP, government minister and presidential chief of staff during the Saakashvili era. Arveladze, who spent time as an exchange student at an American high school during the early 1990s, sees the American University of Ukraine project as a way to reinvigorate Ukrainian academia while also challenging current negative social attitudes towards private universities. “At present many Ukrainians regard private universities as fakes, but this stereotype will disappear as soon as the first world class university appears. We are planning to redefine perceptions of private universities in Ukraine,” he says.

Arveladze’s involvement in the Ukrainian education sector dates back to the early post-Euromaidan period. Like many of his fellow Georgians, he identifies with Ukraine’s post-Soviet struggle for a more democratic and European society, seeing it as part of the same geopolitical processes underway in his native Georgia. “Ukraine has always been a special nation for Georgians,” he says. “We are united by our aspirations and our Western mindset. Georgia is too small to reverse Russian neo-imperialism, but Ukraine is a significant player in international relations. What happens in Ukraine is important for the entire region and could be decisive in our own (Georgian) quest for Western integration.”

After identifying the huge potential for an internationally accredited private university in Kyiv, Arveladze commissioned Ernst & Young to conduct research and produce an investment memorandum. This has enabled him to attract a number of private investors – mostly self-made members of the Ukrainian business community who are themselves well aware of the need for credible and career-focused higher education in the Ukrainian capital.

The American University of Ukraine will focus on four key areas: engineering, business, public administration, and media and communication studies. The flagship faculty will be the School of Engineering, with an emphasis on well-equipped modern laboratories and practical work experience. In a nod to the American university model, partnership agreements with corporate partners will play a big role in providing students with both professional experience and insight into the practical requirements of the business world. These partnerships will include the Saturn Center of Invention, with the concept for this ‘playground for engineering students’ being developed in cooperation with Ukrainian home appliances producer Saturn. “We want to create a pool of specialists with the skills that the new Ukraine needs,” says Arveladze. “At present, the education system is out of step with the needs of future employers. Ukraine has a fantastic academic heritage but it is suffering from 25 years of degradation. Almost nobody gains employment based on academic qualifications. We aim to change that by tailoring the educational process to meet the needs of the market.”

American professors from a number of US universities including Georgia Tech and the University of Missouri’s School of Journalism have been recruited to develop the American University of Ukraine’s specially tailored courses. All teaching at the university will be in the English-language, while upwards of half of planned faculty staff will be international hires. Arveladze took the highly unusual step of employing a headhunting agency to help identify the best candidates for faculty positions. He says he is able to offer recruits the promise of both competitive salaries and an innovative working environment. The recruitment drive is ongoing, with Arveladze also eager to engage with the existing expat community in Kyiv in order to identify current residents of the Ukrainian capital who may be able to contribute to the university’s development.

The process of gaining official US academic accreditation is currently underway and managed by the university’s New York City office. The university is seeking to secure both general American accreditation and individual accreditation from the relevant institutions for specific courses. Ultimately, the goal is to offer graduates the opportunity to receive diplomas with both American and Ukrainian accreditation. The American University of Ukraine will operate on a not-for-profit business model, with a range of scholarships available for promising students, ATO veterans, IDPs and a range of other categories.

The American University of Ukraine is not merely seeking to fill a gap on the Ukrainian education market. Arveladze sees huge scope for attracting students from across the region and beyond, pointing to Ukraine’s long record as a destination for international undergraduates. “We aim to compete on Central and Eastern European markets. It is possible. Ukraine has traditionally been an attractive destination for international students.”

Private universities already occupy the top five places in his native Georgia, reflecting the progress that is possible once post-Soviet skepticism towards private education is no longer an issue. Ukraine still has far to go before the private university sector enjoys national and international credibility, but the arrival of globally-competitive academic standards and cutting-edge study methods will likely be welcomed by many within the education sector.

E-mail: This email address is being protected from spambots. You need JavaScript enabled to view it.