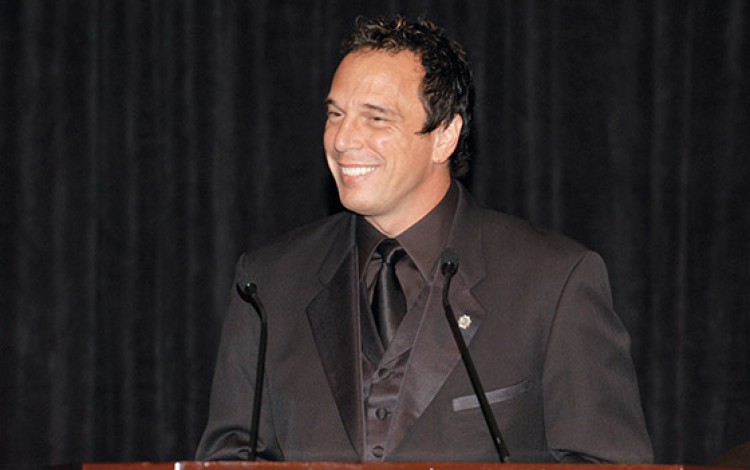 About the interviewee: Brian Ziegler is a non-government organization (NGO) consultant who has worked with America’s preeminent NGOs and high wealth individuals and now resides in Kyiv where he is President and CEO of NGO Design and Development Associates
Cosmos Ojukwu

Ukraine’s thriving civil society sector played a major role in the Euromaidan Revolution and has since mobilized to support efforts to resist Russia’s hybrid war in Crimea and eastern Ukraine and help facilitate the reform process initiated by the revolution. The country’s NGO environment is widely acknowledged as being far more dynamic and buoyant than its counterparts elsewhere in the former USSR, yet it continues to suffer from limited resources, management issues, and restricted access to state structures and private sector financing. Business Ukraine magazine discussed the state of Ukrainian civil society with Brian Ziegler, an American civil society professional who has been working in the Ukrainian NGO sector for the past two years.

What first brought you to Ukraine?

I came to participate in the revolution by strengthening the capacity of civil society and its actors, and to locate my family’s ancestry. My ancestors emigrated from Ukraine to America back in the late 1800s.

What are your core activities in Ukraine?

I focus on working with Ukrainian NGOs, higher education institutions and INGO affiliates to develop their capacity and better equip them to develop partnerships with government and business. I also try to help them meet international community performance standards.

How did Ukrainian NGOs affect the outcome of the Euromaidan Revolution and the earlier Orange Revolution?

There has been a fourfold increase in the number of NGOs working in Ukraine since the Orange Revolution. They have greatly increased the intellectual and pragmatic ability of Maidan to help create a free and democratic society in which all Ukrainians can prosper. If these revolutions do finally achieve their goals, it will be due in large part to the NGO community.

How resilient have the NGOs that sprung up during the Euromaidan Revolution proven?

Not very. At present, they basically operate as direct donors with their sponsors and show little ability to operate on their own as fully functioning NGOs.

How important has the NGO sector proven in Ukraine’s struggle against Russia’s hybrid war?

Many Ukrainian NGOs serve as a social safety net in addressing and caring for the country’s displaced people. They have also partnered with pro-democracy governments, think tanks and international donors to provide a support and oversight system for the Ukrainian government. NGOs have been, and remain, critical in supporting the Ukrainian government during this hybrid war.

What are the current overall statistics for Ukraine’s NGO sector?

There are currently over 100,000 NGOs officially registered in the country but this figure is not entirely accurate. One study suggests that almost half of these may be inactive. When you look at officially registered NGOs that have one or more staff member, the number falls to less than 14,000. Meanwhile, we currently have about 700 INGOs operating in Ukraine. This is part of a USD 2 trillion annual worldwide social enterprise industry. The growth model for new NGOs entering or being established in Ukraine over the next ten years suggests that we will see the real total climb to over 80,000.

How do Ukraine’s NGOs compare to those in Western Europe and North America?

Ukrainian NGOs are about twenty years behind the West in terms of their development and capacity. They lack proper board leadership, membership, and working subcommittees.   Staffing is rarely with NGO professionals. Underwriting is mostly singular and not board based. Strategic and tactical plans are almost unheard of, despite the fact that this is critical to the success of any enterprise. Transparency is also a key area in need of improvement. Having said all that, with time and proper resources, Ukrainian NGOs will be high preforming in very short order.

What type of legislation can the government provide to assist in the development of NGOs in Ukraine?

The approach should be threefold: current legislation needs to be rewritten to better reflect the modern-day structure of NGOs and not a social membership type organization, as the legislation from the Soviet days does. Increased reporting standards with respect to quarterly and annual reports for the government and donors are important for transparency and accountability reasons. An overhaul of the current tax deductions for individuals and businesses donating to NGOs in needed to better stimulate donations for NGOs.

How can Ukraine’s NGOs do a better job of partnering with businesses?

They need to have a strategic and tactical plan. They must provide a list of board members and their roles. They need to do simple things like listing the organization’s accomplishments and following proven cause-related marketing approaches when designing proposals. And always remember, the main business of potential partner businesses is not rescuing your NGO.