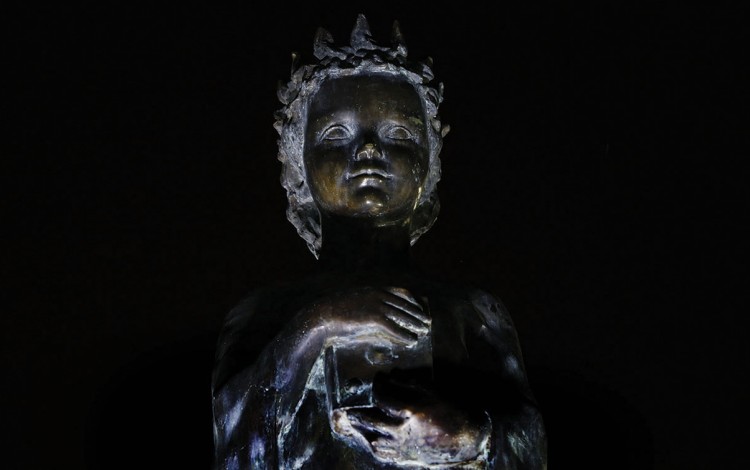 Daughter of Kyiv, Mother of France: Eleventh century French Queen Anne de Kyiv has emerged as a central figure in modern Ukraine’s efforts to reclaim the country’s past from Russia and underline the Ukrainian role in European history
Kateryna Yushchenko

The ties between France and Ukraine are ancient and deep. In 1051, Anne de Kyiv, the youngest daughter of the renowned Kyiv Prince Yaroslav the Wise and his wife Ingegerd, daughter of King Olaf of Sweden, married French King Henry I in Reims Cathedral. Queen Anne was the mother of King Philippe I and three other royal offspring. After the death of King Henry I in 1060, Anne ruled France as co-regent until her son came of age. All subsequent French monarchs were her progeny.

Anne de Kyiv was exceptionally highly educated by the standards of her era. She established schools, hospitals and abbeys throughout France. In 1065, she founded the Abbey of St. Vincent in the beautiful town of Senlis, forty kilometers from Paris. Established in 987, Senlis is a royal French town that traces its roots to the second century during the days of the Roman Empire. In the eleventh century, it had about the same population as Paris, or just under 3000 inhabitants. For Anne, this must have seemed very small and provincial, because her hometown Kyiv at that time had a population of about 30,000 and was one of the most splendid cities in the world. The grade school in this haunting medieval town of Senlis is named in honor of Queen Anne, and there is a statue of the Kyivan princess in front of the Abbey.

Anne’s geopolitical significance lives on. At a joint press conference with Ukrainian President Petro Poroshenko in Paris in June 2017, French President Emmanuel Macron commented: “There are very long-standing relationships between our two countries, very deep-rooted history, and we have spent some time paying tribute to Anna de Kyiv today. You have shown how important this history is, how deep-rooted our old relationships are.”

Anne is an important figure in Ukrainian history and a symbol of the country’s ancient ties to the rest of Europe. In 2013, Ukrainians from around the world came together to purchase a medieval church in Senlis. Generously raising significant sums of money, they established the Ukrainian Greek Catholic Church of Borys and Hlib and the Anne de Kyiv Center. The church takes its name from Queen Anne’s fraternal uncles, the martyrs Borys and Hlib, who were the first Christian saints canonized in Kyiv Rus. They were killed in 1015 by their elder brother Prince Svyatopolk I, during a dynastic struggle for the throne following the death of their father, Volodymyr the Great.

The Anne de Kyiv Center is intended not only to be a spiritual meeting place and a museum telling Anne de Kyiv’s story, but also a venue to highlight Ukrainian culture and a forum to promote dialogue on the future of Europe. The Anne de Kyiv Center unites disciplines such as history, literature, philosophy, art, design, music and fashion in an effort to portray the diversity and richness of Ukrainian culture. It hosts frequent art shows, lectures and concerts, bringing Ukraine’s finest artists, sculptors, writers, poets, musicians and singers to Senlis. The Center also aims to serve as a hub where the Ukrainian experience can contribute to a broader dialogue on European values. It builds ties with European leaders and thinkers, and provides a platform for research into important European and global policy issues. In pursuit of this objective, the Center organizes scholarly roundtables, creative residencies, conferences and publications.

The annual Days of Anna Yaroslavna, held each May in Senlis, serve as a focal point for French-Ukrainian relations. Guests from around the world attend religious services, art exhibits and musical performances, while sampling Ukrainian and French cuisine. Legend has it that Queen Anne herself once hosted similar outdoor festivals for her subjects. This year’s Anne Yaroslavna Days are on 11-12 May in Senlis and Reims. Meanwhile, friends of the Center organize an annual fundraising banquet every June at St. Sophia Cathedral in Kyiv to support the renovation of the church and the Center’s various cultural and educational programs. This tradition continues, with the 2019 banquet scheduled to take place on 25 June.

In 2015, French historian and author Philippe Delorme published a book about Anne de Kyiv. He spent several years researching documents about her in libraries and historical archives. In an interview with a Ukrainian journalist, he said that he first became interested in Anne after Ukraine’s 2004 Orange Revolution, which thrust the country into the international spotlight after decades in the Soviet shadows. “We French know very little about Ukraine, about your culture and your past. That is why it was interesting for me to research the life of the princess and queen who unites our two countries,” he explained. Delorme’s comments reflect the enduring appeal of Anne and her ability to spark a dialogue between cultures. Almost one thousand years since her diplomatic marriage, Anne is still building bridges. As Princess of Kyiv and Queen of France, she serves as a symbol of European unity. Meanwhile, the Center dedicated to her is a meeting place to share culture, art and history, and to initiate discussion on issues critical to Ukraine, Europe and the world.

About the author: Kateryna Yushchenko is the former First Lady of Ukraine who has played an active role in many community, museum and historical projects including  efforts to support the Anne de Kyiv Center in Senlis