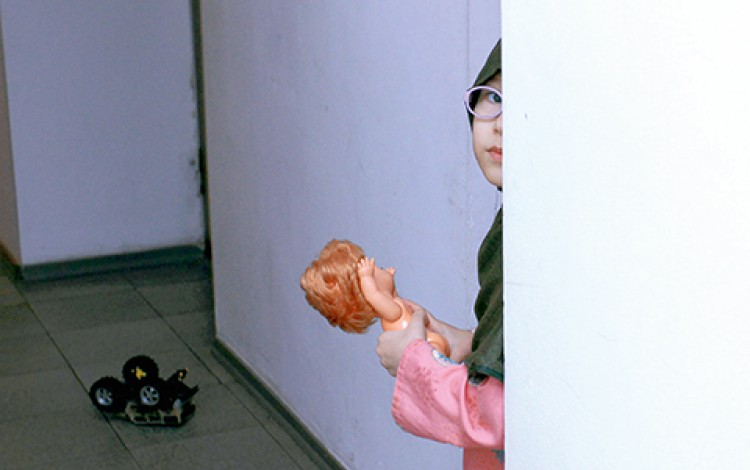 Millions of Ukrainians have been displaced by Russia's hybrid war in east Ukraine and Crimea, placing enormous strain on the Ukrainian state's limited resources
Stuart Linder

Russia’s annexation of Crimea and hybrid war in Donbas dealt a terrible blow to Ukraine and precipitated the internal displacement of approximately 1,800,000 million Ukrainians, overwhelming the Ukrainian government and international humanitarian community. Since the beginning of the displacement crisis, the Right to Protection in Partnership with HIAS (R2P) has been assisting internally displaced persons (IDPs). Our field-based monitoring teams are well-positioned to spot emerging challenges facing IDPs. Unfortunately, the humanitarian crisis currently brewing is solely of Ukraine’s making.

On 16 February 2016, the Ministry of Social Policy ended all social payments and pensions to IDPs registered in Dnipro, Kharkiv, Zaporizhia, Donetsk and Luhansk oblasts. According to a May 2016 UN OCHA Humanitarian Snapshot, approximately 600,000 IDPs had their benefits terminated because their names appeared on lists prepared by the Security Service of Ukraine (SBU). The SBU prepared these lists without the legal authority to do so and in a non-transparent manner. The government of Ukraine suspended all payments to IDPs in these regions under the auspices of ending so-called social benefit tourism, whereby Ukrainian citizens residing in the non-government controlled areas (NGCA) allegedly register as IDPs and claim IDP social payments, despite not being displaced. Further, Ukraine suspended IDP pension payments in these regions even though the right to receive a pension cannot be connected to displacement or movement within the territory of Ukraine as stipulated by Article 46 of the Constitution of Ukraine, rendering the suspension of pension payments illegal.

Social payments and pensions would only resume if IDPs could prove beyond doubt that they reside at the address registered on their IDP certificate with the consent of the property owner. As most Ukrainians know, changing one’s registration is a difficult, burdensome, opaque, and bureaucratic process. Even before the current conflict, approximately 33% of Ukraine’s urban population did not actually reside at their registered address according to a 2012 report by the Success Territory NGO.

From 14 March to 1 April 2016, R2P conducted a large-scale monitoring of the suspension of IDP certificates/payments campaign in the regions of Dnipro, Kharkiv, Zaporizhia and the government controlled areas (GCA) of Donetsk and Luhansk. In 2014, the Ukrainian Cabinet of Ministers Resolution No. 637 made the receipt of pensions and social benefits by individuals registered in the NGCA conditional on IDP registration. During the course of monitoring, 2,770 IDPs were interviewed at or near approximately 300 offices of the State Migration Services (SMS), the Pension Fund of Ukraine, and the Local Department of Labor and Social Protection (LSP). The majority of those who applied for IDP social payments are pensioners.

Cutting off an IDP lifeline

According to the monitoring findings, 88% of interviewees reported that they live in the GCA while 12% reported that they reside in the NGCA. 78.5% of the total IDPs interviewed reside at the address registered on their IDP certificates. Slightly fewer than 10% of the IDPs interviewed live in the town/village listed on their IDP certificates, but not at the listed address. The prevailing number of IDPs interviewed who reside in the GCA but not at the listed address stated various reasons for moving, including problems with the initial accommodation, moving in with relatives/friends, etc. To resume their social payments, which were wrongfully terminated in the first place, these IDPs had to prove their address to the local SMS, and then reapply for their social benefits at their local Pension Fund and LSP. Additionally, the LSP, Pension Fund and SMS offices lack common procedures to renew IDP certificates, social payments, and pension payments, with different offices of each organization developing their own renewal procedures.

It is worth noting that a very small number of individuals residing in the NGCA who have IDP certificates apply for IDP social payments under Resolution #505 (only 3.7% of those interviewed who reside in the NGCA, or 0.4% out of the total number interviewed). The vast majority of NGCA residents who apply for an IDP certificate do so only to obtain their pensions, and refrain from applying for IDP payments. Therefore, the government’s primary rationale for suspending social payments to IDPs is invalid.

Most of the displaced are members of vulnerable categories - elderly pensioners, the disabled and single mothers. Social payments and pensions provide many IDPs with their only source of income. Once savings are depleted, the humanitarian situation will deteriorate. IDPs have suffered enough. The Ukrainian government should resume pension and social payments to all IDPs registered Dnipro, Kharkiv, Zaporizhia, and GCA Donetsk and Luhansk and unbind pension payments from IDP certificates.

About the author: Stuart Linder (This email address is being protected from spambots. You need JavaScript enabled to view it.org.ua) is a development officer with the Right to Protection (r2p.org.ua) which works in partnership with global refugee aid NGO HIAS.