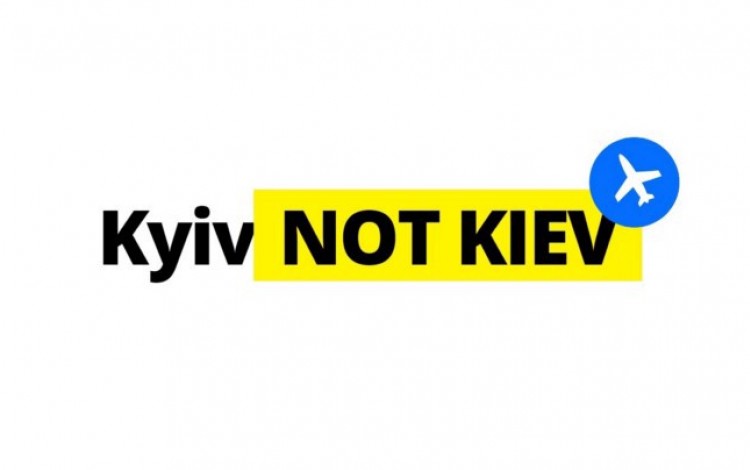 The United States Board on Geographic Names (BGN) has become the latest international body to adopt the official Ukrainian-language transliteration when referring to the Ukrainian capital city. The BGN’s decision to begin using “Kyiv” rather than “Kiev” is welcome news for Ukraine that will likely have implications beyond the United States itself. According to a statement released by the Ukrainian Embassy in Washington DC, this change to the BGN international database will encourage airports around the world to adopt the “Kyiv” spelling for the Ukrainian capital city as the International Air Transport Association (IATA) traditionally uses the BGN database for reference purposes.

Ukraine has recently launched a global campaign via its embassies and social media to promote the use of Ukrainian-language transliterations of Ukrainian place names. “Ukraine has been an independent nation for more than 27 years but the Soviet-era versions of many geographic names persist in international practice. The continued use of Soviet-era place names rooted in the Russian language is unacceptable,” read a social media statement that accompanied the start of the initiative. The #KyivNotKiev push has already scored a number of eye-catching successes, including the early 2019 decision of the UK’s Guardian newspaper to adopt Kyiv in its official editorial style guide.

Ukraine itself made the switch to "Kyiv" in the early years of independence and most governments now use the Ukrainian spelling. However, the persistent use of "Kiev" by much of the English-language international media has remained a source of irritation in Ukraine, with many regarding it as a mark of disrespect towards a country that is struggling to emerge from the Soviet shadows and shake off historic associations with Russia. Critics of the "Kiev" spelling have traditionally rejected it as a Russian language version of the city's name and therefore an unwelcome relic of tsarist and Soviet imperialism. They argue that unlike harmlessly Anglicized versions of European place names such as Munich (Munchen), Prague (Praha), and Rome (Roma), the spelling of the Ukrainian capital has important political implications, making the change from "Kiev" to "Kyiv" more akin to the post-Colonial transition from "Bombay" to "Mumbai" or from “Ceylon” to “Sri Lanka”.

The adoption of Ukrainian place names and the renaming of towns, cities, streets and squares has been a constant feature of Ukraine’s post-Soviet nation-building process. This trend has accelerated significantly since the start of Russian hostilities in spring 2014 and the adoption of decommunization laws in 2015 that outlawed many Soviet-era place names. Keys changes in recent years have included the renaming of Dnipropetrovsk as Dnipro.

Since 1991, independent Ukraine has had mixed success in persuading international audiences to adopt modern Ukrainian names and spellings. The old habit of referring to “The Ukraine” is no longer as ubiquitous as it once was, but it remains commonplace among older generations, with American President Donald Trump a particularly prominent repeat offender. Elsewhere, “Lviv” is now almost universally preferred to “Lvov”, “Lwow”, “Lemberg” or ‘Leopolis” when referring to the cosmopolitan capital of western Ukraine, but the Ukrainian spelling for the country’s Black Sea port city “Odesa” has struggled to gain any traction against the far more internationally familiar “Odessa”.