MEDIA IN THE POST-FACT AGE 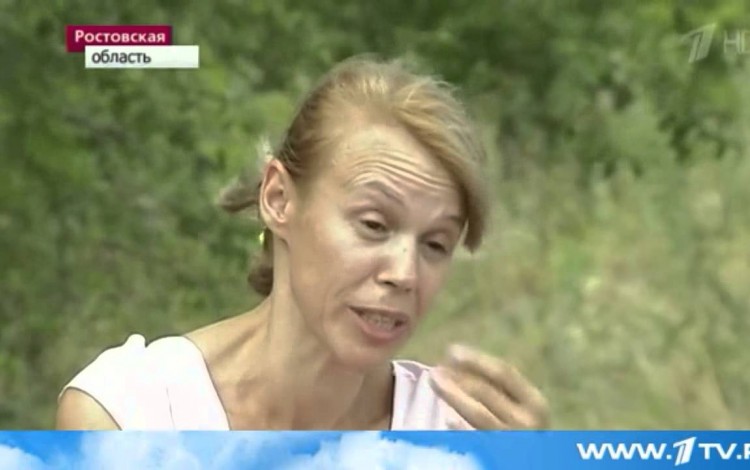 (YouTube screenshot) This 2014 Russian TV interview with a woman recounting (at length and in graphic detail) the fictitious crucifixion of a three-year-old boy by Ukrainian soldiers is the most notorious example of Kremlin fake news
Peter Dickinson, Business Ukraine magazine

Thanks to the election of Donald Trump, fake news has become the story of the year. Since Trump won the White House, there has been an endless flow of articles heralding the dawn of the Post-Fact Age or analyzing the fake news phenomenon and pontificating over how to counter it. Meanwhile, purveyors of fakery have been giving interviews explaining the mechanics of their black art and outlining their motivations. For some, fake news is a legitimate political tool. For others, it is a source of banal entertainment or a moneymaking scheme. One thing is clear – we are only beginning to understand the implications of a trend that poses existential challenges to the entire news media industry and the way public opinion takes shape.

TOO EASY TO BLAME RUSSIA

The initial response to the rising tide of fake news has been to apportion blame, with Russia emerging as the most popular culprit. Everyone from the European Parliament to the Washington Post has pointed the finger squarely at the Kremlin. This is a dangerous oversimplification of a complex problem. The Russian government has indeed invested billions of dollars in sophisticated international disinformation operations involving everything from slick in-house media platforms like Russia Today TV channel, to multilingual armies of online trolls. However, this is nothing new – fake news has always been a cornerstone of Kremlin statecraft. The current Russia information strategy is essentially just an ambitious expansion of domestic policy as Moscow tries to even up the odds in an unequal struggle against the vastly more attractive and powerful Western world. Crucially, Russia did not create the environment in which fake news is currently prospering. If we wish to understand the fundamental causes of the problem, we will have to move beyond condemnations of Russian information aggression and explore why Western audiences have become so vulnerable to invented realities. Why are the citizens of the world’s most mature democracies ready to believe random news sources and hostile powers ahead of their own mainstream media?

It is possible to identify a number of factors. The entire Western world seems to be suffering from an extended identity crisis that began with the end of the Cold War and gained ground amid the excesses of Pax Americana. Denied the stimulus of ideological opposition, Western societies have lost sight of the fundamentals that made liberal democracy so much more appealing than the totalitarian alternatives of the twentieth century. This has fuelled a mood of profound distrust towards everything from foreign policy to the mainstream media. Meanwhile, the sense of civilizational triumph is so complete that many have come to regard states actively working to undermine Western hegemony as potential allies in the struggle against a vaguely defined “establishment”. The all-conquering Western model has become a victim of its own success.

The rise of the internet has dovetailed perfectly with this broader trend. Social media allows low-budget newcomers to compete with venerable broadcasters on the relatively level playing field of identikit newsfeeds. This has led to revolutionary changes in the way we consume news, but it has also made audiences far more vulnerable to deliberate disinformation. Online news platforms cost a fraction of the budgets required to run a traditional newsroom, but often look virtually identical. They can operate without consideration for the kind of fact-checking obligations and ethical issues constraining legacy media brands. Conspiratorial worldviews once consigned to seedy backstreet bookshops now enjoy global exposure.

Internet news platforms also operate effortlessly across international borders. With the removal of national media barriers, we are now experiencing information overload on a massive scale. Whereas it was once possible for a small number of prominent platforms to dominate any given domestic news space, online portals are able to penetrate internationally, serving to expose inevitable local biases while offering enticingly original and alternative points of view. Inevitably, contradictions abound. No two individual history books were ever the same, and no two news reports are identical. In this Wild West information environment, the snake oil purveyors of fake news inevitably prosper.

There is currently no consensus on how to combat the fake news pandemic. Bans and blacklists will only serve to create fertile ground for further fakery. The key long-term task must surely be to rebuild the credibility of the mainstream media. This will likely be unglamorous work involving a return to the basics of solid, fact-based reporting. The mainstream media urgently needs to convince audiences it is worthy of their trust, while at the same time methodically debunking fakes and exposing efforts to deliberately mislead. The increasingly blurred boundaries between news and entertainment must give way to intelligent and informed coverage of important global themes.

In the short-term, the immediate priority is to alert audiences to the very real dangers posed by fake news. Deliberate disinformation is not merely an underhand political ploy or a novel way to generate online clicks. When deployed effectively, fake news has the potential to become a weapon of mass destruction. Nobody knows this better than Ukraine. The ongoing Russian hybrid war in Ukraine has been justified almost exclusively by fake news. Whether we are talking about non-existent genocide against the Russian-speaking populations of Crimea and eastern Ukraine, or phantom Nazis seizing power in Kyiv, the entire campaign has relied on carefully calibrated and professionally produced disinformation. As a result, more than 10,000 people have lost their lives.

This tragedy has provided Ukrainians with unique insight into the deadly potency of fake news. As the target of what is widely acknowledged as the most sophisticated information attack in history, Ukraine is now a natural focus in the global fight against fakery. The media manipulations deployed against Ukraine provide the perfect case study of fake news as a weapon of hybrid warfare. Detailed study of Ukraine’s experience could prevent escalation and protect other countries from suffering a similar fate. It could also help modern audiences become more streetwise in their consumption of news. The Kremlin has already demonstrated an appetite for widening its information offensives, while likeminded powers around the world will also inevitably seek to replicate Russia’s success in their own backyards. Ukraine was the first major victim of twenty-first century information aggression, but it will not be the last.