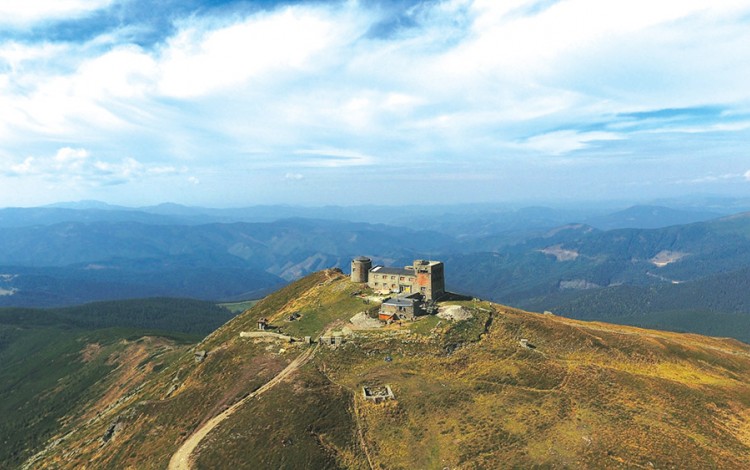 When it first began functioning in the late 1930s, the White Elephant Observatory in the Carpathian Mountains was a state-of-the-art facility. Located at an altitude of 2022 meters on the peak of Pip Ivan Mountain in today’s Ukraine (part of Poland during the interwar period), it served as the University of Warsaw’s Polish Astronomical and Meteorological Observatory and was one of the two finest high-altitude observatories in Europe.

The White Elephant was destined to enjoy a short career as a European stargazing trailblazer. Officially opened in July 1938, the observatory abruptly closed in September 1939 as German and Soviet troops invaded Poland from either side to mark the start of WWII. Some of the observatory’s astronomical equipment survived the evacuation to Hungary. However, staff had little choice but to abandon the White Elephant itself. It subsequently fell into disrepair.

For many decades, the observatory was in a state of ruin. It remained marooned on the mountaintop, looking more like the remnants of an ancient castle than a relatively modern addition to the landscape that had once been dedicated to the study of the celestial sciences.

The idea of breathing new life into the White Elephant came in the early years of the twenty-first century and it came jointly from the Center for East European Studies at the University of Warsaw and Ukraine’s Ivano-Frankivsk National University. Since 2011, financing for renovation works has come from the Polish Ministry of Culture and National Heritage and the Polish Ministry of Foreign Affairs. Additional financial support for renovation has been forthcoming in 2018 from the POLONIKA National Institute of Polish Cultural Heritage Abroad.

Thanks to grants from the Polish Development Aid Program, part of the building has undergone renovation and is now home to a permanent mountain rescue team run by Ukraine’s State Emergency Service. This team cooperates closely with the Polish Mountain Volunteer Search and Rescue team (GOPR) from the Bieszczady Mountains. The presence of this mountain rescue facility in the White Elephant makes it the highest residential structure in today’s Ukraine. It may not currently serve as a gateway to the stars, but the White Elephant is once more playing an active role in the life of the Ukrainian Carpathian Mountains.