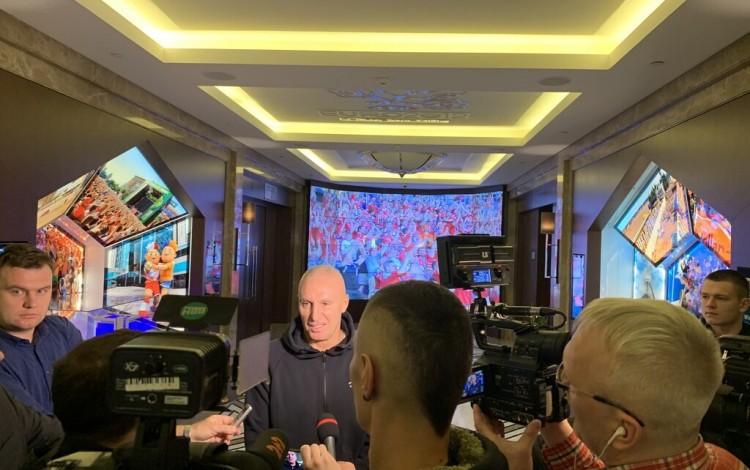 Yaroslavsky was the main private investor and a key figure in Kharkiv’s preparations for Euro 2012. He invested more than USD 300 million in a string of upgrades for the city including Metalist Arena stadium, Kharkiv International Airport, a training camp and center for Euro 2012 volunteers.

In a book published to accompany the opening of the museum, Yaroslavsky sought to place the city’s Euro 2012 preparations into context. “Ten years ago, our beautiful dream came true when we won the right to host this prestigious international tournament,” the businessman wrote in his introductory address. “What followed was a difficult and intense period that served as a major challenge for everyone who invested their efforts in the renewal of the city. Their efforts ultimately opened up a new chapter in Kharkiv’s history. I am sincerely grateful to everyone who made Kharkiv’s Euro 2012 success possible and who supported this ambitious undertaking.”

European football’s governing body UEFA has providing backing for the museum initiative. The expositions of the museum include a range of exclusive photos and videos reflecting Kharkiv’s experience before and during Euro 2012, with a replica of the European Championship trophy direct from UEFA Headquarters in Switzerland among the highlights. Other eye-catching elements include interactive features that allow visitors to explore the city’s main Euro 2012 infrastructure upgrades and experience the thrills of the tournament itself. Meanwhile, a photo display in the hotel lobby features many of the Euro 2012 star players.

Work on the further development of the museum concept will continue. Yaroslavsky has announced his intention to invest USD 1.5 million in the project, with an additional exhibition set to open soon at Kharkiv International Airport.

Yaroslavsky’s DCH Group was responsible for much of the construction work in Kharkiv in preparation for Euro 2012. The Group is one of Ukraine’s largest holdings and includes assets in a range of spheres including Dnipro Metallurgical Plant, Sukha Balka mine, INGO Ukraine insurance company, Kharkiv International Airport, Kharkiv Tractor Plant, Kharkiv Premier Palace Hotel, and an extensive retail real estate portfolio.