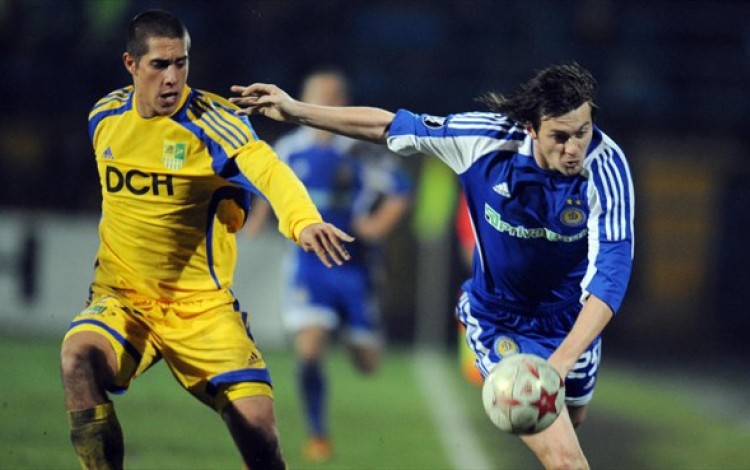 Former Metalist Kharkiv star Jonatan Maidana had reason to cheer over the weekend as the Ukrainian Premier League alumnus picked up a Copa Libertadores winner’s medal in Spain following a 3-1 second leg victory for his side River Plate over arch rivals Boca Juniors. The two Buenos Aires sides came face to face in Madrid after the second leg of South America’s most prestigious club competition was moved to the Spanish capital following an attack on the Boca Juniors team bus ahead of the scheduled tie in late November.

The decision to move the game to Spain was a controversial one – primarily because the competition takes its name from the heroes who liberated South America from Spanish colonial rule. The Copa Libertadores is the South American equivalent of the UEFA Champions League, making it one of club football’s most coveted trophies. This year’s final had additional spice as it pitted Buenos Aires rivals Boca and River Plate against each other for the first time. The two Argentinian clubs enjoy a poisonous rivalry that is among the fiercest in world football. The derby between them is known as the Superclasico and is famed for its high intensity atmosphere and potential for fireworks.

Former Ukrainian Premier League star Maidana was in the River Plate starting lineup in Madrid and completed the tie including extra time. His appearance in this high profile game brought back plenty of fond memories for Metalist Kharkiv fans who embraced Maidana during his two seasons with the club. Maidana played for Kharkiv during the most successful years of Oleksandr Yaroslavsky’s presidency at the club, which saw Metalist emerge as perennial challengers for the Ukrainian Premier League title and contenders in the latter stages of UEFA European club competitions. As a veteran of this golden era in the club’s history, he remains a popular personality among Kharkiv football fans. There was even speculation in 2011 that he might return to Metalist, but he instead chose to remain with River Plate in his native Argentina.