LVIV TO BID FOR 2030 WINTER OLYMPICS

Lviv’s 2030 Winter Olympic bid will benefit from the city’s thriving tourism sector and will look to build on Ukraine’s successful experience of hosting major international events such as the Euro 2012 European football championship, the 2018 UEFA Champions League Final, and the 2017 Eurovision Song Contest 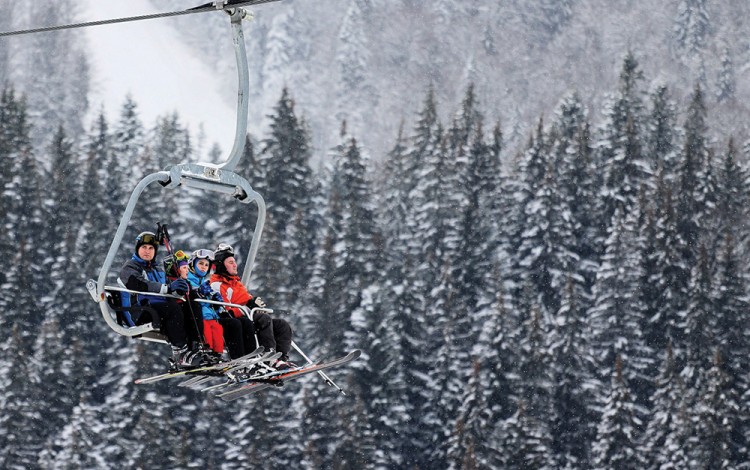 Lviv Mayor Andriy Sadoviy has confirmed that the western Ukrainian city plans to enter a bid for the 2030 Winter Olympics. The official contest to select a host city is set to get underway during 2020, but the final decision is not likely to come until 2023, leaving Lviv with plenty of time to put the necessary polish on the city’s bid. Lviv’s candidacy will benefit from the major infrastructure upgrade the city received around a decade ago as it prepared to serve as one of four Ukrainian host cities during the Euro 2012 European football championship. Preparations for Euro 2012 included the construction of a completely new international airport terminal building and significant improvements to the city’s transport infrastructure.

With a booming tourism industry and rapidly improving connections to the nearby EU, Lviv has a number of obvious advantages as a location for a major international sporting event such as the Winter Olympics. In addition to upgraded airport facilities, Lviv has a growing number of international rail connections that could help European guests reach the city during a future Olympic Games. The local hotel sector continues to expand at a steady if unspectacular pace, while the city boasts a thriving café and restaurant scene geared towards meeting the expectations of international visitors. If selected to host the 2030 Winter Olympics, Lviv would likely split sports events between venues in the city itself and resorts in the nearby Carpathian Mountains.

Lviv’s anticipated 2030 Winter Olympics bid will not be the first time the city has put itself forward as a potential Olympic venue. Back in 2010, Ukraine announced plans to campaign for the right to host the 2022 Winter Olympics in the western Ukrainian city. Preparations gained momentum for a number of years, with an official bid submitted in early November 2013. However, within a matter of weeks, Ukraine was plunged into political chaos by the outbreak of protests in Kyiv that would eventually escalate into the Revolution of Dignity and lead to the Russian invasion of Crimea and eastern Ukraine. With parts of the country under Russian occupation and the national economy in critical condition, Ukrainian officials quietly shelved this initial Lviv Winter Olympics bid in summer 2014.

Lviv’s dreams of hosting the 2030 Winter Olympics will face stiff competition. Although rival bids have yet to be confirmed, America’s Salt Lake City and Norway’s Lillehammer are both reportedly considering campaigns to host the Games. At present, Ukraine’s only experience as an Olympic host nation came when it served as a secondary venue during the Soviet-era 1980 Moscow Olympics, but the country does have a strong recent record of staging showcase international events. In addition to Euro 2012, Ukrainian capital Kyiv earned considerable kudos for successfully hosting the 2017 Eurovision Song Contest and the 2018 UEFA Champions League Final.