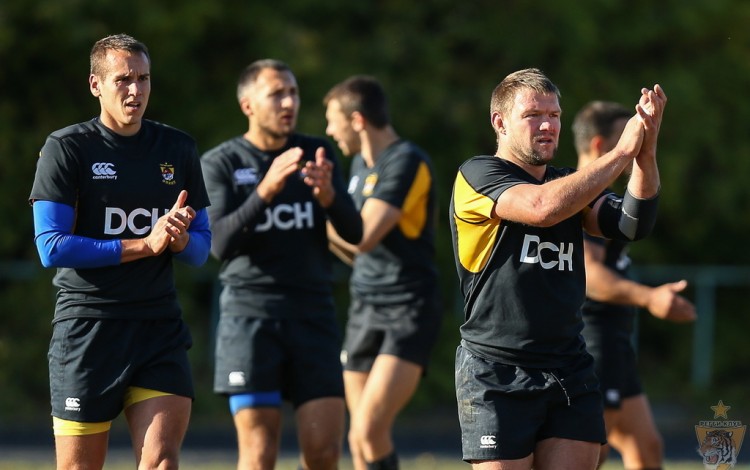 Kharkiv’s Olymp Rugby Club finished their league campaign in some style in late October, winning their final game of the season 83-0 against Lviv Sokol to confirm their position as league champions for another year. The 2018 championship is the fourteenth for a club that has dominated the Ukrainian rugby scene for more than a decade. The Kharkiv side has enjoyed a formidable league season this year, winning every game and setting a new point record of 887, which is 24 more than the previous 863 total.

“I would like to thank the fans and our club president Oleksandr Yaroslavsky for the support they have given us, and I also want to thank our squad for their dedication. We secured the league championship with a few games still left to play this year, but our players demonstrated their professionalism and maintained the highest standards for our remaining matches. This is particularly encouraging as we have a major game for the Ukrainian national team coming up and this will require us to be in our very best physical shape,” commented Olymp head coach Valery Kochanov.

As well as claiming the 2018 league title, Kharkiv Olymp have already secured the Rugby Sevens Cup of Ukraine this season. Such success is becoming routine for the east Ukrainian side. Kharkiv Olymp’s rise to the top of Ukrainian rugby began in 2005 when Yaroslavsky took on the presidency and Valery Kochanov arrived at the club. Over the following years, the team has amassed a glittering array of silverware including fourteen league titles, nine Rugby Sevens crowns, and nine National Cups. Kharkiv Olymp also provides the bulk of the players for the Ukrainian national rugby team.