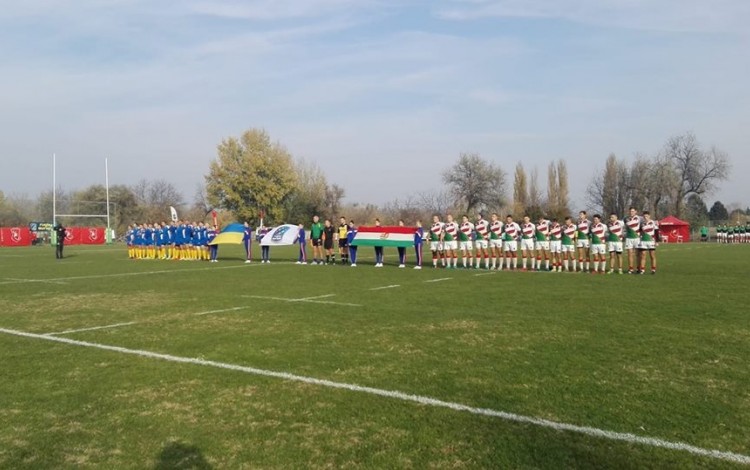 The Ukrainian team secured an impressive 48-24 victory against their Hungarian rivals on 10 November in the country’s latest Rugby Europe Conference 1 North match. Thanks to this win away in Hungary, Ukraine climbs two places in the international rugby rankings and now occupies thirty-fifth position, directly above the Czech Republic and Columbia.

The Ukrainian national rugby team is drawn largely from Ukrainian businessman Oleksandr Yaroslavsky’s all-conquering Kharkiv Olymp Rugby Club, which provides both the bulk of the players as well as national team coach Valeriy Kochanov. This Kharkiv-heavy team soon established its domination over its recent opponents in Hungary, with Ukraine racing into an early lead and finishing the match as comfortable winners thanks to the scoring exploits of Oleg Kosariev and Ihor Snisarenko. The Kharkiv duo ended up bagging 33 points between them by the end of the match.

This was Ukraine’s second successive win of the international season. The team recorded a convincing victory over little Luxembourg in October to get their 2018 Rugby Europe Conference 1 North campaign off to a winning start.

Kharkiv Olymp is the most successful rugby club in Ukraine by some distance. As well as supplying the talent for the national team, Kharkiv is also the most decorated club in the country, with a haul of 14 national league titles, nine national Rugby Sevens championship wins, and nine Ukrainian Cup triumphs.