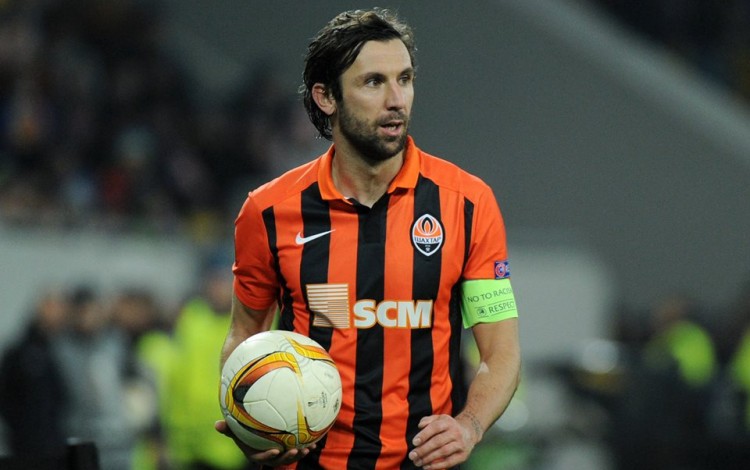 Croatian national team captain Darijo Srna has announced his retirement from international football following Croatia’s elimination from Euro 2016. The Balkan side draw admiring glances in the group stages of the tournament but suffered a heartbreaking 0-1 extra time defeat to Portugal in the second round on 25 June.

The 33-year-old defender played a record 134 matches for his national side. He says he will now concentrate on his role as captain of Shakhtar Donetsk – the club he joined in 2003. Srna is regarded as an icon at Shakhtar and is widely seen as a key figure in the Donetsk club’s rise to the top of Ukrainian football.

Since he arrived in east Ukraine, Srna has helped Shakhtar to eclipse Dynamo Kyiv as the country’s most successful team, leading them to eight Ukrainian Premier League titles. He has reportedly turned down moves to major Champions League clubs including Chelsea and Bayern Munich, displaying levels of loyalty rarely seen in the modern game and earning himself legendary status among the club’s supporters.

Srna says his biggest dream is now to lead Shakhtar back to the club’s home ground in war torn Donetsk. Following confirmation of his departure from international football, he commented, “My biggest wish is to end my career at the Donbas Arena. It is my city, my stadium, my life.” The Donbas Arena was unveiled in 2009 and hosted matches during Euro 2012. It is arguably the most impressive stadium in the whole of Eastern Europe, but it has not hosted a match in over two years. Shakhtar Donetsk have been in exile since a Kremlin-led insurgency plunged the Donbas region into armed conflict in early 2014.