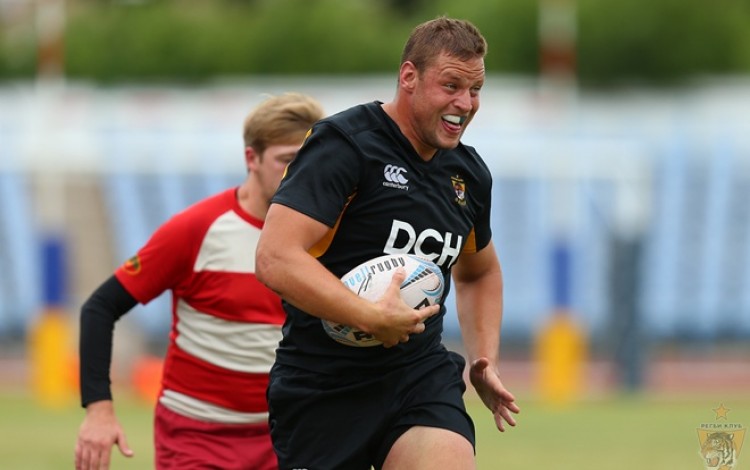 Ukraine’s all-conquering Kharkiv Olymp Rugby Club claimed the national 2018 Rugby Sevens title on 24 June following victory in the final series of matches. This win is the eighth in a row for the Kharkiv club and their ninth in total, adding to the impressive haul that makes Olymp the most decorated club in Ukrainian rugby history.

Kharkiv Olymp entered the third and final round of matches on 24 June as clear favorites and they did not disappoint. The reigning national champions steamrollered over their opponents in three successive ties. Scores of 65:0 versus Texas, 52:0 against Gornyak, and 46:0 versus Kyiv did not flatter Olymp and served to illustrate their total dominance of proceedings.

Head coach Valery Kochanov had words of praise for club president Oleksandr Yaroslavskiy and for the club’s fans. He also singled out youngster Yevgeny Davydov for his performance. The sixteen-year-old played an important role in this Sevens victory, serving as confirmation that the club is building for the future and aiming to continue at the top of Ukrainian rugby for many years to come.

Kharkiv’s celebrations were modest this time round. Instead, club officials confirmed that they would be immediately entering training for the coming national championship, which is due to kick off in August. Everyone at the club is more than familiar with success and it has become something of a mantra within Olymp in recent years that the greatest challenge is to maintain the hunger that allowed the club to claim poll position in the first place.

Ukrainian business figure Oleksandr Yaroslavskiy has been president of Kharkiv Olymp since 2005. Based on the solid foundations provided by his backing, the club has collected an array of silverware including 13 national titles. Kharkiv Olymp also provides the backbone for Ukraine’s national rugby team, including head coach Kochanov and many of the team’s star players.