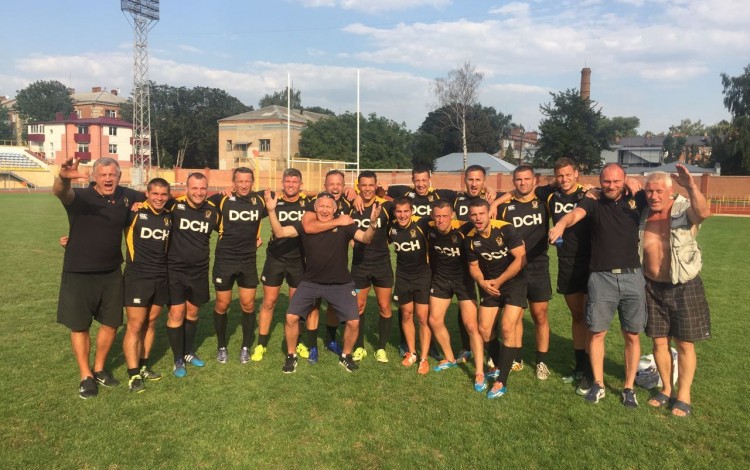 Kharkiv’s Olymp Rugby Club have claimed the Ukrainian Rugby Sevens Cup for the fifth time, winning the title in Khmelnitskiy in late August. The victory is the latest in a long line of triumphs for the club financed by Kharkiv business leader Oleksandr Yaroslavsky, who has backed Olymp since 2005.

These are not easy times for rugby in Ukraine. The sport, which began to take off in Ukraine in the late 1990s, has suffered significantly due to the economic crisis that has gripped Ukraine since 2014. A lack of financing has stunted the development of Ukrainian rugby, with clubs often unable to cover training costs and in some cases forced into closure. The number of teenagers taking up the sport has fallen accordingly, depriving Ukrainian clubs of new talent.

The continued success of Kharkiv’s Olymp has been a breath of fresh air during this challenging period, with the club enjoying a level of relative stability that has provided others with encouragement and helped to convince fans of the sport that Ukrainian rugby still has a future. Olymp operates an extensive schools program and is at the forefront of the development of women’s rugby in Ukraine.

This is not Yaroslavsky’s most prominent foray into the world of sports club ownership. The Kharkiv businessman famously presided over the most successful period in football club Metalist Kharkiv’s history. As club president, he led the team to repeated appearances in the latter stages of UEFA competition and mounted a sustained challenge the domestic dominance of Dynamo Kyiv and Shakhtar Donetsk.

While rugby does not attract the same levels of media attention as football, the achievements of Olymp have arguably put even those of Metalist in the shade. The Kharkiv rugby club has been crowned Ukrainian champions in each of the twelve years since Yaroslavsky began his association with Olymp, winning a string of additional titles and trophies over the period. Unsurprisingly, Olymp has also become the main source of players for the Ukrainian national rugby team. Much of the credit for this success must go to Olymp head coach Valery Kochanov and Vadim Kolyshkin, who have overseen the emergence of the playing squad and pushed the club to achieve international standards.

Victory in the Ukrainian Rugby Sevens Cup was secured at the Podillya Stadium in Khmelnitskiy following wins over Evolution Sevens, RK Legion, Kriviy Rih and local team Podillya. “Today was a real struggle and the team have left all sorts of emotions out there on the field,” commented coach Kochanov. “Nevertheless, we have achieved our goal and have done so in a sporting and honest manner.”