THANKS, LUCESCU: Ukrainian football fans say goodbye to the iconic Romanian trainer who transformed the UPL 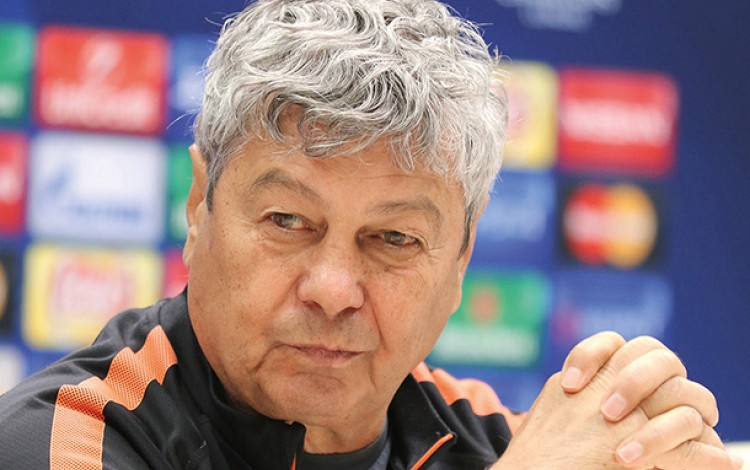 Ukrainian football witnessed the end of an era in May with the departure of Shakhtar Donetsk coach Mircea Lucescu. During his 12 years in charge of the Donbas side, Lucescu became the most successful manager in Ukrainian Premier League history and helped Shakhtar to usurp Dynamo Kyiv’s position as the dominant footballing force in the country. A worldly and highly educated man who was widely respected throughout Ukraine for his professionalism and affable decency, Lucescu will be sorely missed and impossible to replace.

The man who dethroned Dynamo

More than any other individual, Mircea Lucescu is the man who made Ukrainian oligarch and Shakhtar Donetsk club president Rinat Akhmetov’s dream of overtaking Dynamo Kyiv come true. Ever since taking on the presidency of Shakhtar in the mid-1990s, Akhmetov made no secret of his desire to build a dynasty capable of rivaling the aristocrats of Dynamo. As one of Ukraine’s wealthiest men, Akhmetov had the financial clout to challenge the Kyiv club. However, until Lucescu arrived in the summer of 2004, Shakhtar lacked the necessary empire-building vision to muster a sustained challenge to Kyiv.

Two high-profile foreign coaches preceded the Romanian in the Shakhtar hot seat – but although Italian Nevio Scala secured the club’s first Ukrainian Premier League triumph in 2002, neither he nor German coach Bernd Schuster were able to settle successfully in eastern Ukraine. This was not the case with Lucescu, who had grown up in communist Romania and studied the Ukrainian language as a child. He arrived in Ukraine following a prolonged spell coaching in Italy and a successful period in Turkey, where he oversaw Galatasaray’s 2000 UEFA Super Cup victory.

Silverware soon followed. Lucescu won the Ukrainian league in both of his first two seasons, breaking the monotony of Dynamo Kyiv’s stranglehold and encouraging other Ukrainian clubs to believe they could compete for the country’s top honours. Donetsk would eventually win eight Ukrainian Premier League titles under Lucescu, including a sensational run of first successive league triumphs from 2009 until 2014. His greatest success was winning the 2009 UEFA Cup – post-Soviet Ukraine’s first European honour. He also established Shakhtar as regular contenders in the latter stages of the UEFA Champions League, allowing the club to build a reputation throughout Europe as the most consistent side east of the old Iron Curtain.

One of the secrets to Lucescu’s success was his ability to identify and nurture young international talent. He established Shakhtar as a popular platform for emerging African and South American talent, purchasing highly rated players in their early twenties before selling them on to leading European clubs. Throughout his time in Donetsk, the Romanian’s favoured source of fresh talent remained Brazil. Lucescu’s preference for Brazilian players reportedly dates back to his own experience at the 1970 World Cup in Mexico, where he swapped shirts with the legendary Pele while representing the Romanian national team against Brazil. At times during his reign, the east Ukrainian club’s squad contained more than half a dozen Brazilians. This policy of large-scale foreign imports was not initially popular among all of the club’s fans, but as the trophies began to accumulate, misgivings gave way to excitement and appreciation.

It also proved a very profitable approach. Players like Manchester City’s Fernandinho, Chelsea’s Willian, and Bayern Munich’s Douglas Costa are prime examples of Lucescu’s ability to identify exciting prospects who would later command massive transfer fees after first providing Shakhtar with sterling service. This policy of developing and selling top talent became an increasingly important strategy for Shakhtar following the advent of UEFA’s Financial Fair Play Regulations in 2009, which prevented clubs from spending more than they earned. With Ukrainian Premier League revenues insufficient to cover even a fraction of Shakhtar Donetsk’s astronomical wage bill, the sale of maturing on-field assets helped the club to balance the budget and remain within UEFA’s financial standards.

Money matters in modern football and Shakhtar Donetsk have benefited from one of the deepest purses in Eastern Europe. Over the past two decades, Akhmetov has invested hundreds of millions of dollars into the club. As well as recruiting a dizzying array of international players, he has also bankrolled the construction of a state-of-the-art training facility, a world-class stadium, and a luxury hotel to host visiting teams and officials. These solid financial foundations provided the springboard for the success Shakhtar enjoyed under Lucescu, but the Romanian remains arguably Akhmetov’s most important signing of all.

Bringing Lucescu to Donetsk was not a straightforward task. Akhmetov’s pursuit of the Romanian began in 2000. After a number of initial invitations met with refusal, Akhmetov personally went to Istanbul to persuade Lucescu to take on the challenge of transforming Shakhtar Donetsk into one of Europe’s top clubs. “No other president would have done that,” commented Lucescu. This direct approach worked. In May 2004, he was unveiled as Shakhtar’s third foreign trainer in three years, becoming one of European football’s highest paid managers on a reported annual salary of EUR 2.5 million. It was to prove one Akhmetov’s most astute bits of business, ushering in a period of unprecedented achievement.

Shakhtar eclipsed and in exile

Lucescu leaves Shakhtar Donetsk with the club exiled by the Kremlin hybrid war in the eastern Ukraine. The fabulous Donbas Arena stadium now stands deserted, while Shakhtar play home matches at the Lviv Arena in faraway western Ukraine. Dynamo Kyiv have taken advantage of these unfortunate circumstances to win the Ukrainian Premier League in each of the last two seasons. This has made Lucescu’s departure appear somewhat anticlimactic, but in reality, his legacy as the man who transformed Ukrainian football was already secure. Fittingly, the Romanian went out on a high note – in his last match in charge of Shakhtar Donetsk, he oversaw a 2-0 Ukrainian Cup Final victory over Zorya Luhansk – the twenty second and final trophy of his Ukrainian odyssey.