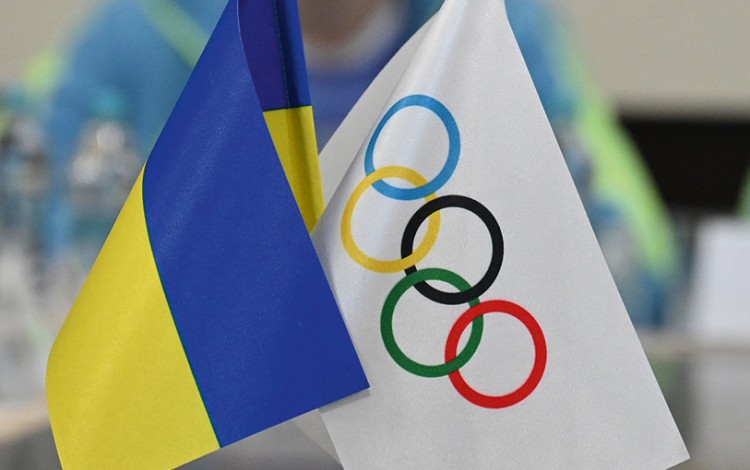 Ukrainian President Volodymyr Zelenskyy has confirmed that the country is preparing an official bid to host the Winter Olympics. Speaking on September 11 at a gala event in Kyiv to celebrate the thirtieth anniversary of Ukraine’s National Olympic Committee, Zelenskyy told visiting International Olympic Committee President Thomas Bach of his “determination” to bring the Winter Olympics to Ukraine.

Domestic reaction to this news was mixed, to say the least. Skeptics were quick to observe that cash-strapped Ukraine has many far more urgent priorities, while noting that host countries almost always end up losing large amounts on money.

Environmentalist groups also voiced their opposition. Activists pointed out that the envisaged construction of a vast new sports resort to accommodate the Winter Olympics would have a potentially devastating impact on the unique ecology of the Ukrainian Carpathians.

Meanwhile, supporters of Zelenskyy’s Olympic ambitions focused on the potential to boost Ukraine’s international profile. They argued that the massive financial outlay necessary to prepare Ukraine for a Winter Games might eventually come to be seen as a shrewd investment if it helps transform negative international perceptions of the country.

From a practical point of view, there is little reason to doubt that Ukraine could pull off an impressive Winter Olympics. The country has hosted a number of major international events over the past two decades and has consistently received top marks for both organization and hospitality.

The 2005 and 2017 Eurovision Song Contests in Kyiv were well-received, while the Ukrainian capital’s handling of the 2018 UEFA Champions League Final between Liverpool and Real Madrid was widely applauded by fans and officials.

Ukraine’s most successful hosting experience to date was the country’s role as co-host of the Euro 2012 European Football Championship together with neighboring Poland. Kyiv, Lviv, Kharkiv, and Donetsk served as Ukraine’s four host cities, with over one million visitors traveling to Ukraine during what was a memorable month-long festival of football.

There are no guarantees that Ukraine will actually win the right to host the Winter Olympics, of course. Zelenskyy faces fierce competition from the likes of Barcelona and Salt Lake City, while the earliest available date for a Ukrainian Games is now probably 2034.

Likewise, it would be foolish to dismiss the doubters who suggest the whole project would only fuel corruption and leave Ukraine with crippling debts while causing irreparable environmental damage.

Nevertheless, an Olympic bid remains a tantalizing prospect. Hosting the Winter Olympics would test the limits of Ukrainian ambition. If responsibly managed, it could serve as a major new milestone in Ukraine’s ongoing nation-building journey.